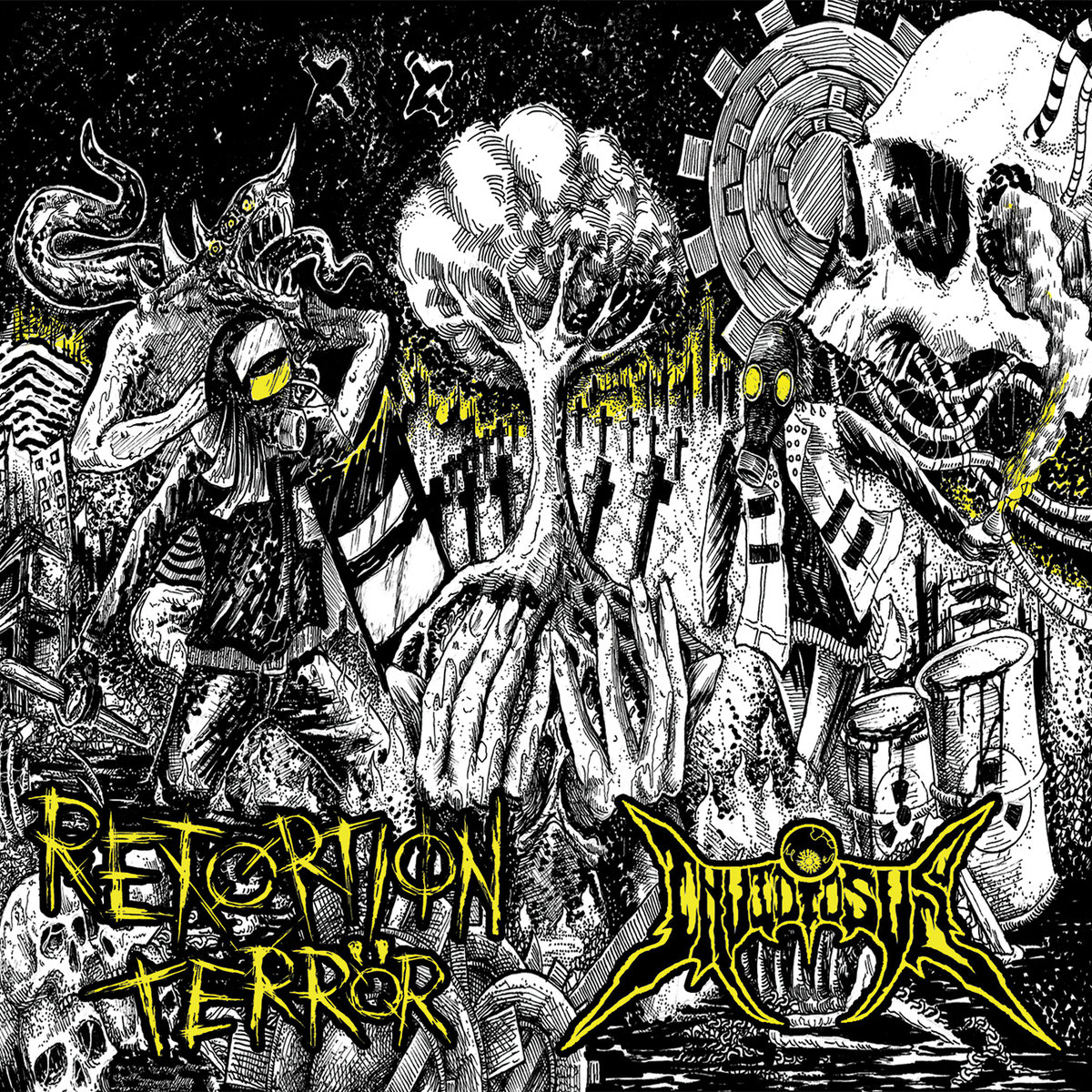 Imagine, if you will, a windswept battlefield.  The call of crows seeking to feed can be heard in the foreground.  There is ruin and pain all around.  Night descends and warriors retire to their own side to the drawn lines to tend to their wounded, sharpen their axes, and rest, for tomorrow will bring triumph on the field for one side and bitter defeat for the other.  Jumalten Aika by Moonsorrow evokes this sort of blood drenched imagery.  By no means is the album all brutality.  In fact, Moonsorrow have created a richly layered tapestry of mythology, harsh beauty, and encompassing darkness.

Moonsorrow have been around in some form since 1995, releasing their first full length in 2001.  Jumalten Aika is their seventh full length release, but their first since 2011.  The album consists of five tracks clocking in at 67:07.  Though the album is over an hour long, and includes a long track of 16:01, the songs manage to flow well together and to stay fresh.  At no point in the album do I feel bored.  Quite the contrary, there are enough twists and turns on here to maintain interest throughout.

Stylistically, Moonsorrow is a black metal band with heavy folk influences who, in many ways, follow their own path.  In addition to nontraditional black metal instrumentation, clean vocals and harmonics interspersed with the harsh howls of Ville Seponpoika Sorvali, and nontraditional themes, the vocals are done entirely in the band’s home language of Finnish.  To me, this adds tremendously to the atmosphere of myth created by the music.  A perusal of translated lyrics brings gems such as this:

Of strength and of wisdom

Of plague and of scourge

Of knowledge of the beyond

Of curse and blasphemy

Don’t you know what you seek to know?

The water is polluted from one dell to the next

Some treacherous disease taints the meat

Kills families into its grove

Throughout the album, the lyrics are as dense and evocative as the lyrics.  There are layers of meaning (are the above lyrics talking about a legend or is this environmental commentary?) among the layers of sound.  Vocally, Sorvali has a  very understandable blackened growl (I don’t speak Finnish, but you can clearly distinguish different words), but there are many other types of vocals present, including harmonizing and chanting.  Each adds emotion to the overall picture without overwhelming the main vocals.  The guitarists (Henri Urponpoika Sorvali and Mitja Harvilahti) are often blackened, but also create atmospheric, even acoustic, passages to draw you into the story.  Percussion ranges from nothing to gentle background rhythms to furious blast beats all masterfully done by Marko “Baron” Tarvonen.  Add in keyboards by Markus Eurén, and you have a dynamic group of musicians.  More than this, the five-piece has managed to compose an emotional album that takes the listener on a journey beyond their present time and place.

Recommendation:  Choose your favorite format and pick this one up!