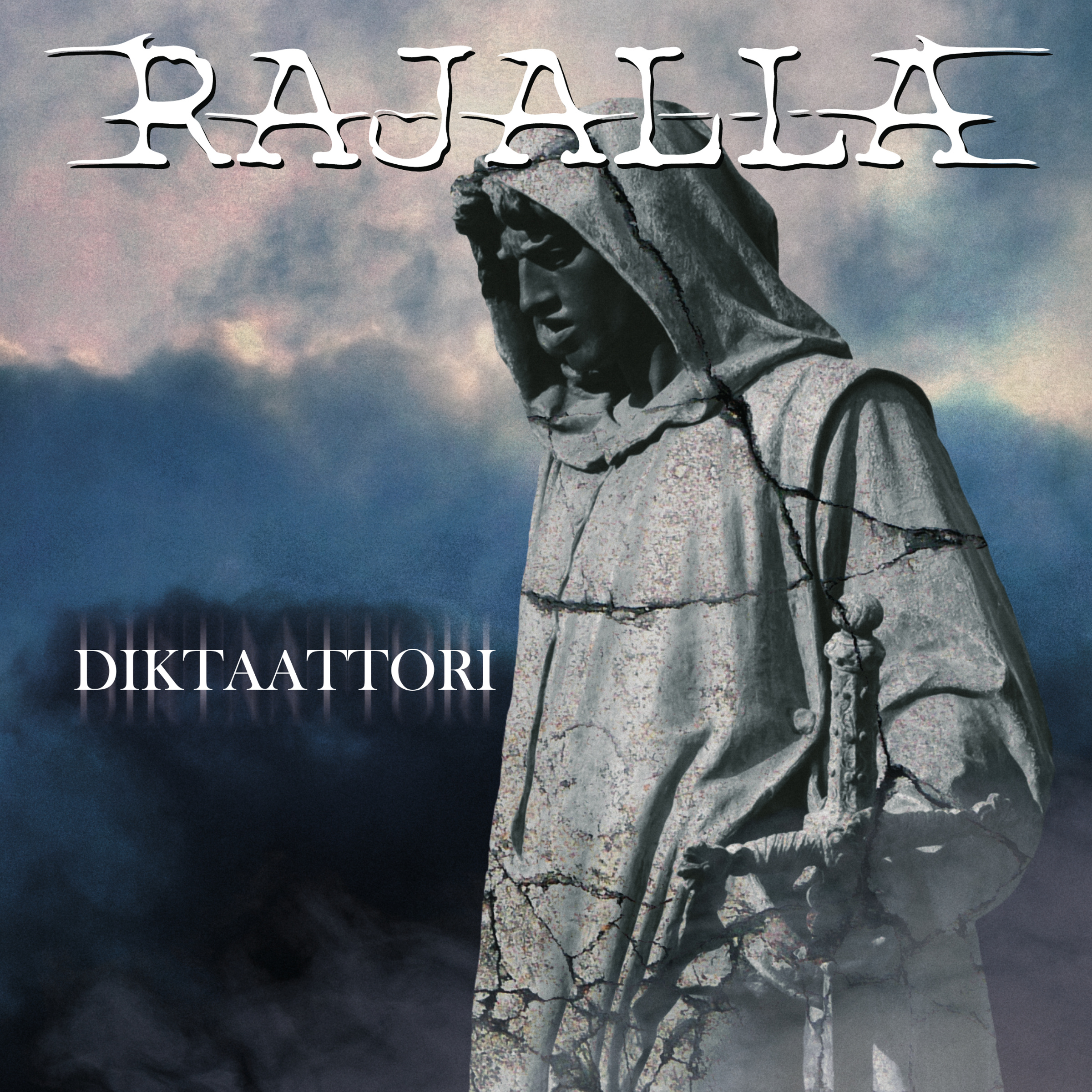 Rajalla, is a Thrash metal band from Helsinki, Finland. They formed back in 2011, making six years together now. After releasing two demos in 2013, you can clearly hear they have a huge passion for thrash. Combining modern metal and old school thrash, these guys are attempting to carry the flag of modern thrash in Finland. They remind me of if Gojira and Sepultura had a super metal Finnish speaking baby.

Three years later, they have released their first full length album in 2016’s “Diktaatoori.” This is just some pure Finnish metal right to the core, amazingly heavy and energetic. I can’t seem to stop listening to it. A very straight forward, intense and aggressive groove that just makes it impossible not to headbang. Produced again by Jaako Eskelinen at Soundwell Studio, it’s awesomely tight and clear. Hearty, chunky and catchy guitar riffs lead the way with hammering drums, mind blowing tempo changes and grinding Finnish speaking thrash metal vocals. They still proving they have rhythmic values and harmonies with mellow melodic vocals in the song “Arpa.” All of the lyrics are sung in Finnish, making an obvious language barrier for English speaking fans, which is honestly the only reason I couldn’t give this record 5 stars. However, the band states that the lyrics are about real living situations, learning experiences, people, hatred, and the general reflection of the world, thus giving you a journey into the modern day metal world in Finland. This album will be changing expectations of modern thrash and metal in Europe and worldwide.

Recommendation: Fantastic album for anyone not bothered by a language barrier.

DD: How’s it going currently, and what are your plans in the near future?
Rajalla: After our Album release “Diktaattori” a few months ago, everything looks great and we get more and more recognition, even from outside of Finland. This is really awesome. For the next months we are planning to play more gigs and we have already started writing new songs.


DD: How did you come up with the name Rajalla and what does it mean to you?
Rajalla: The name Rajalla is Finnish language and could mean many things. It can mean war term like ‘on the border’, or being at the edge of something like losing your nerve or mind, or it can mean that you are near death. That’s why we chose this name from many options: it has so many meanings and everyone can connect to it somehow, like we want our lyrics to be; everyone can have different interpretations of them.


DD: Describe your first gig together
Rajalla: Actually it was pretty cool and the audience was awesome. Maybe some of us took few pints too much before the gig and that of course had some effect on accuracy in the fast music… and we definitely want to be accurate! But yeah, we have learned from it and altogether it was a perfect start for the band as a live act.


DD: What are your favorite things to listen to currently?
Rajalla: We love bands like Slayer, Exodus, Metallica, Sepultura, Iron Maiden.. just to name few. It’s much thrash, death and traditional metal that we like to listen. Even that we sing in Finnish, mostly our influences come from US and UK metal scene.


DD: What’s your personal favorite songs to play live?
Rajalla: At the moment ‘Diktaattori’ as the perfect opening song for every gig and ‘Etsija’ because of that groove it has, but the favourite ones change a bit from gig to gig.


DD:  Describe your stage presence for someone who has never seen you live
Rajalla: One word: energetic. That’s what our live gigs are about: full of energy and we don’t have ballads to slow things down. If you come to see us, you’ll see thrash metal with groovy twist.


DD: If you could open for any band past or present who would it be and why?
Rajalla: Slayer or Exodus. They are both true legends and thrash metal pioneers. It would be a huge honor to be opening band for them.

DD: What’s your craziest tour story?
Rajalla: First one that comes to mind happened on an Estonian gig. We wanted a hotel near the venue that night, but everything was sold out. At last we found one. When we entered the hotel we realized that it was far from a normal hotel, more like some kinky S/M hotel and we laughed our asses of when we saw all that chains and stuff on the walls! The hotel host must have thought something when four long haired guys and one woman wanted to take one big room! We still laugh about this sometimes.


DD: Describe a day in the life as a member of Rajalla.
Rajalla: One of the most important thing after our album release is try to book new gigs. Beyond that it´s a lot of work with social media. Things always have to be up to date and it’s the best way to promote ourselves. Also we rehearse on a regular basis, keeping the old songs alive and trying the new ones.

DD: What are your biggest goals as a band? Or personally as musicians?
Rajalla: Total world domination of course! Well being realistic it would be very nice to be known in the Finnish underground metal scene. Next to it we are looking forward to be known abroad too, like in European and American metal markets. Personally it’s just to master our instruments and be better as musicians. There’s always some things in our songs that help us all develop our playing.


DD:  Where do you receive your biggest crowd response other than home?
Rajalla: There have been good response in many places. It’s hard to pick one, but for example there have been warm welcome in eastern Finland and in Estonia.


DD: How’s it feel to be where you are now as a band?
Rajalla: Right now we are quite happy. We have gigs coming, a new drummer, and the new album that has got a very good response.

DD: What does this new album mean to you?
Rajalla: It means very much for us. Some of the songs have a very personal feeling and we have reached one big milestone in our career with this album.

DD: How do you see your music progressing in the future, and when can we expect some new material?
Rajalla: We are already writing new songs for the next album and it’s possible we release some singles or demos before releasing the next album, but all schedules are still open. The song structures may be more complex, but of course our style is straightforward thrash metal and we like to keep it that way.

DD: Any plans of visiting the United States?
Rajalla: Not yet, but we are looking forward to it as soon as it is possible. It would be a dream come true for us to play in the States!

DD: How do you plan to leave your mark in the metal industry?
Rajalla: There’s so much good thrash metal bands all over the world, but we think we have something different.
Maybe we encourage other bands too from non-English countries to sing in their native language.


DD: Do you have any messages for your English speaking fans? Or all other languages other than yours for that matter…

Rajalla: Thank you for supporting us! It’s great to see that we have also non-Finnish speaking fans abroad and the language is not a barrier.


DD:  Where is the best place to find music/info/merch on Rajalla??
Rajalla: It’s our Facebook page, where we have info about everything band related:  www.facebook.com/rajallaband.

DD: Thank you accepting my interview. Thank you again and best of luck in your metal endeavors!!
Rajalla: Thank you very much, this is a great honor for us!