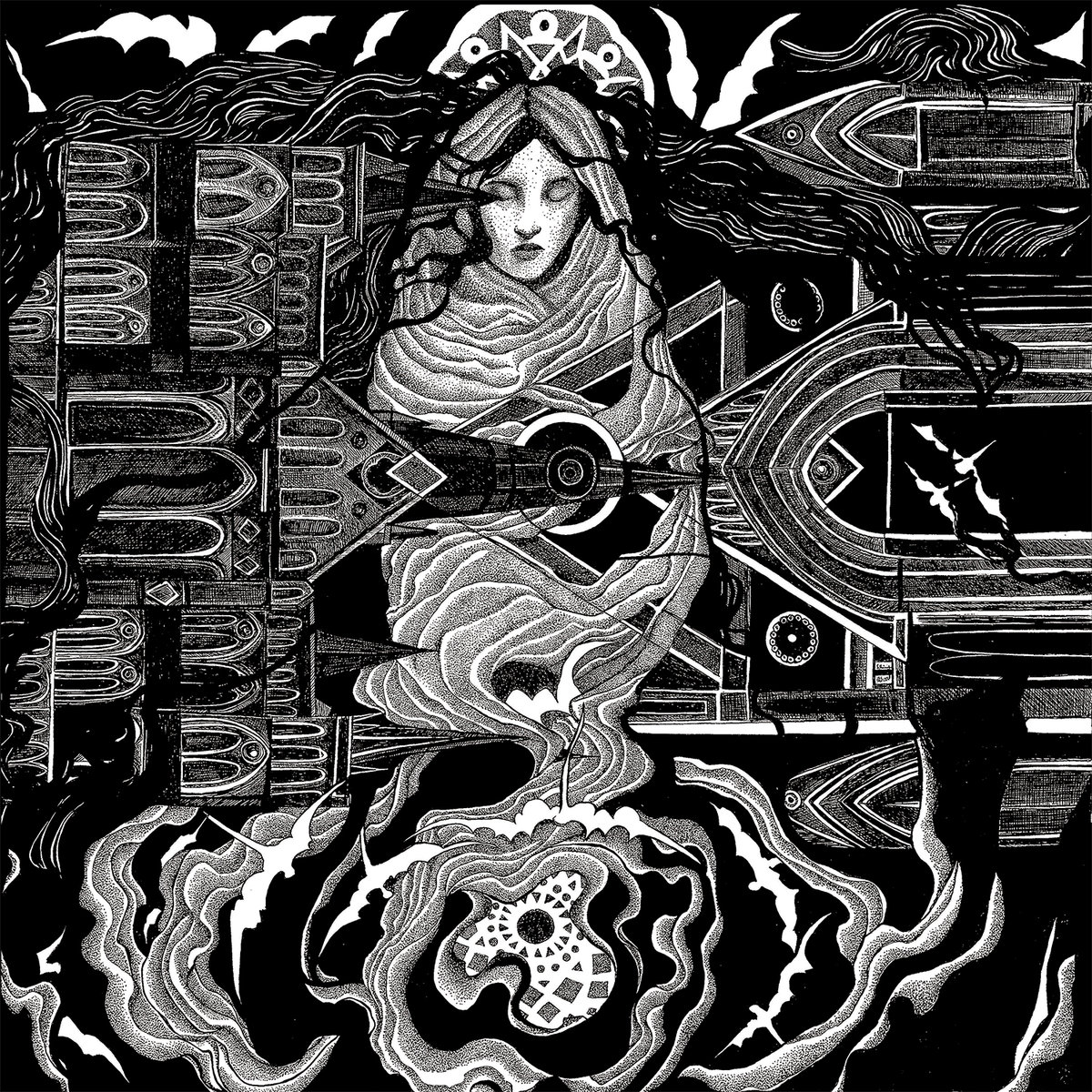 Gilead Media is one of the five or six labels that always have my attention with what they release. I had never heard anything about Pyrolatrous prior to receiving this promo, but the fact that it is released by Gilead was enough to make me give it some time. Since then, through repeat listens, I’ve been very impressed. As is often the case with releases by this label, Teneral is a fairly complex blend of elements, including black and death metal, but also hints of progressive tendencies, jazz, and more. Listening to the album takes you on a roller coaster of a journey through the collective psyche of the creators, with twists, turns, strange time signatures, darkness and beauty.

So who are these creators? Well, that requires a bit of history. As I understand it, Pyrolatrous started as duo in 2012, featuring Nicholas Palmirotto of HULL and Joel Stallings of Radiation Blackbody and Defeatist. This configuration recorded three songs, but never got out of the backseat due to their other band commitments. When HULL disbanded in 2015, Palmirotto revived the project, but Stallings was unable to continue. Instead, Lev Weinstein (of too many projects to name, but including Woe, Krallice, and Geryon as some of my favorites) came on board as drummer. This duo completed writing and recording the rest of the album. Upon completion, the duo added Nolan Voss (guitar, also of Anicon), and Joe Merolla (bass) to complete the line-up.

Perhaps due to the length of time it took to record, this album seems fully formed. Perhaps it was given proper time to ferment in the mind of Palmirotto. Teneral does a fairly brilliant job of exploring darkness, but doing so in a well, but chaotically composed manner. There is plenty of blasting and tremolo picked riffs for fans of black metal (as long as you don’t need everything trve kvlt). There are planty of death metal riffs as well. The twists and turns in rhythm and tempo are occasionally informed by jazz and the vast scope, yet tightly controlled path is reminiscent of progressive extreme metal. There is so much going on with this album that it takes repeat listens to really dig in, but those repeat listens are so worth it.