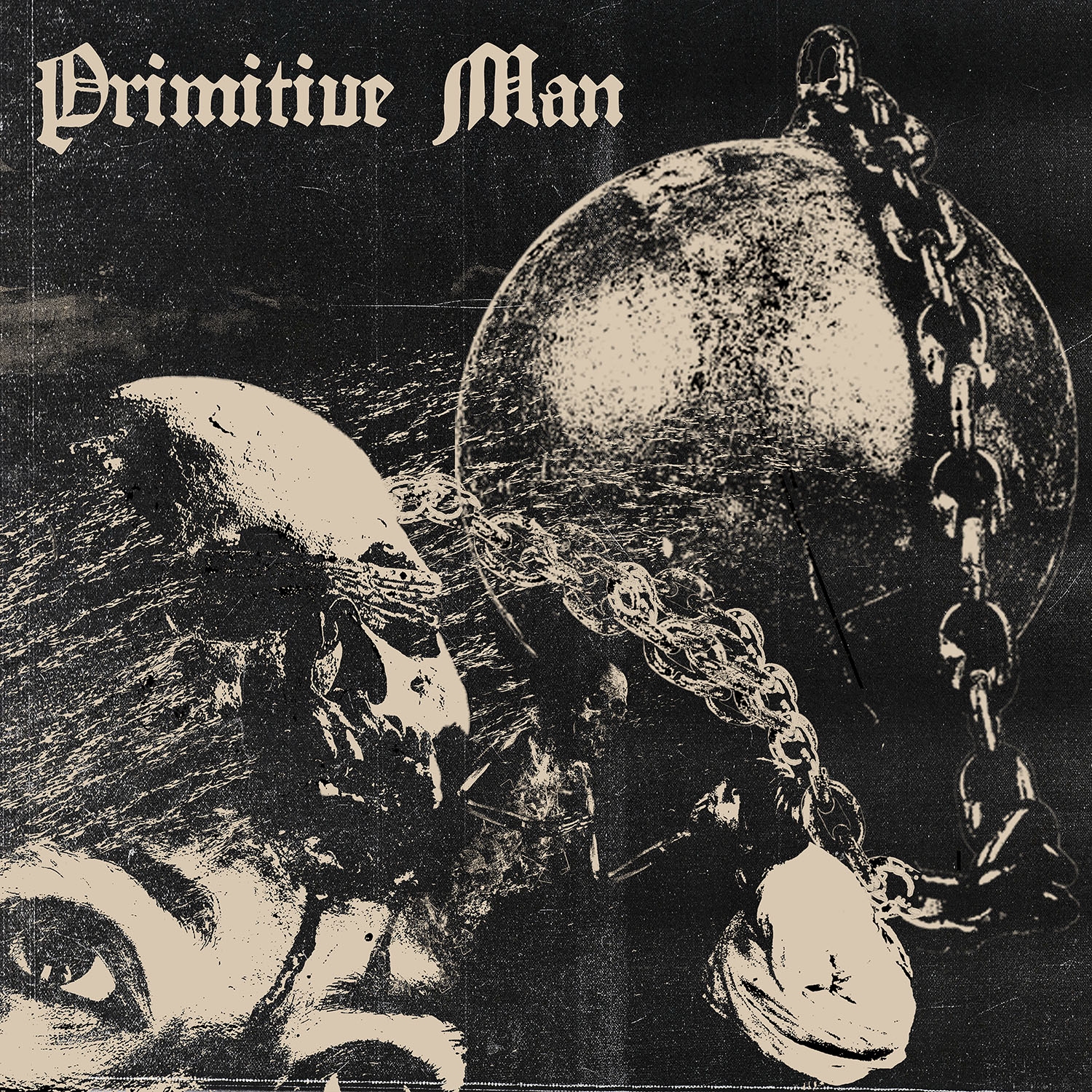 Nobody right now is as good at viscerally channeling the world’s collective nightmares as is Denver’s Primitive Man. Their latest release, entitled Caustic, takes all the real life horrors of existence and uses musical alchemy to distill them into their purest form. By doing so, they have created an album that is as cathartic as it is brutally terrifying. There are no soft, pretty flourishes here. The only atmosphere is a that of a vermin ridden urban wasteland. Listening to Caustic is draining, but like finishing a marathon, you feel better for having accomplished it.

Primitive Man is a trio that makes minimalist music that sounds like the full legion of hell is springing forth to put humanity out of it’s wretched misery. JPC plays bass as if he’s trying to perform brain surgery with a sledgehammer. The blows smash and shatter and rattle, but are in no particular hurry. Between each chord, he leaves enough space for you to feel the full impact of the blow. Drums are handled by JDL who keeps the pace for the trio. Really he is the motive power for the destructive machine issuing forth from Denver. Finally, on guitar and vocals, we have ELM. Riffs are filthy and discordant, sending some of the darkest, most evil waves of tremolo picking I’ve ever heard. His vocals are pure bile, abrasive and destructive, like scrubbing oneself with sandpaper before rolling in a mound of salt.

It’s hard to put into words the impact of this album. With a run time of well over an hour, the album feels endless, infinite, but not in a way that ever leaves you bored. It is completely gripping all the way through. When you are done listening and ready to wipe the sweat from your brow, you have no idea if five minutes or five hours have past…it could be either. You have been hammered into obliteration by a sentient presence. I have long loved Primitive Man, but Caustic is on a whole other level. There is nobody else that I’m aware of doing what PM does. They are masters of a genre all their own.

Recommendation:  Overwhelming. Brutal. Beautiful without being the slightest bit pretty.