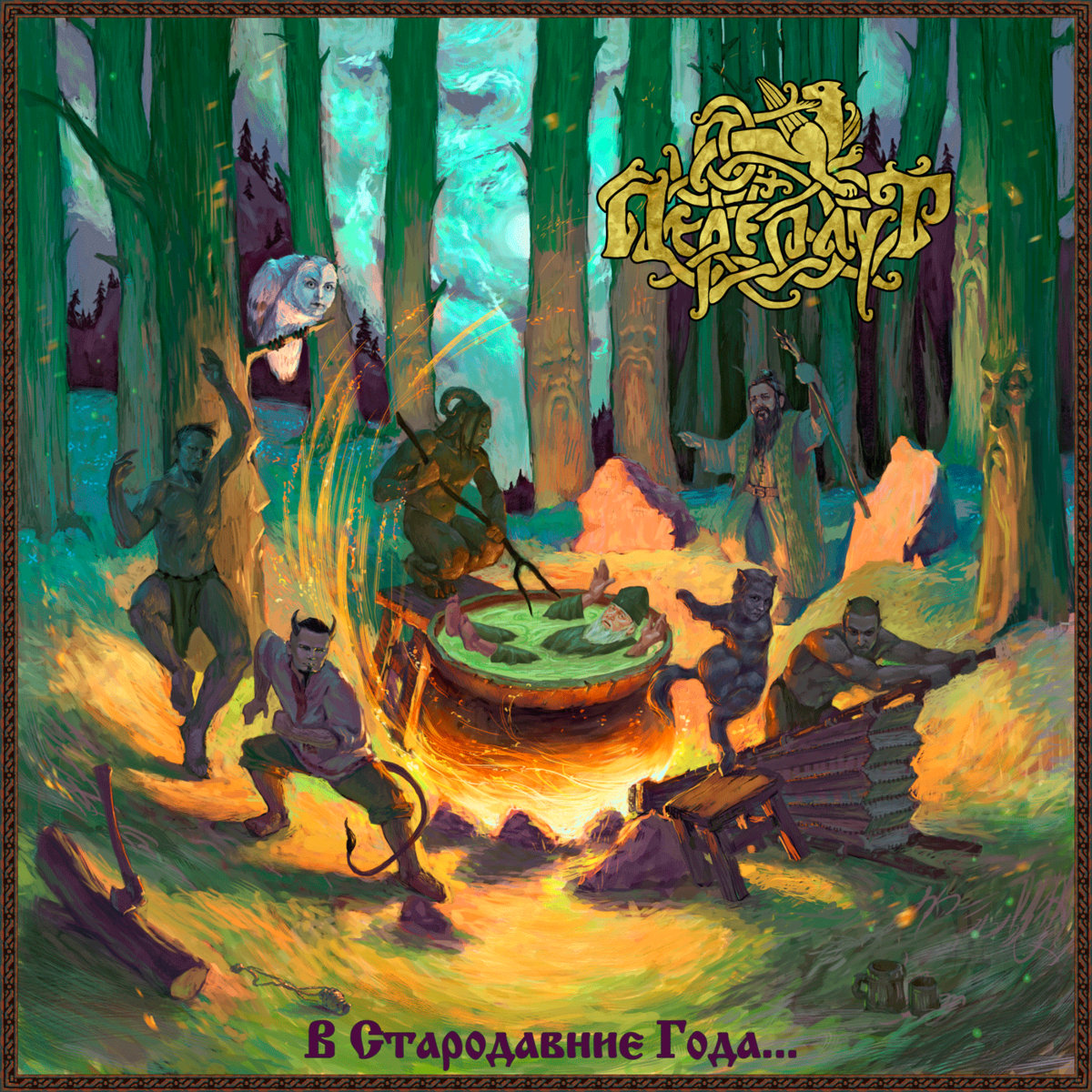 When Pereplut claims to be folk metal, it is with emphasis on the folk. The tracks would lend themselves well to sing-along’s, where I able to understand the band’s native Russian. No matter. I actually like it when a band sings in their home tongue. They, in fact, include many instances of gang vocals, though less like a hardcore band, and more like a bar room sing along. They boast an interesting collection of instrumental choices as well, including cello, flute, hurdy gurdy, whistles, tin whistle, and violin, in addition to the more standard fare you would see from a metal band. I won’t pretend to know what some of these sound like or how they fit in the grand scheme of the music, but I will say that there is clearly effort and forethought in deciding what to use where.

V Starodavnie Goda is a romping album that calls to mind a medieval tavern filled with victorious warriors after battle. It is loud and cacophonous, but the mood is upbeat and fun. I’m sure flagons are raised and bottles of vodka passed from hand to hand. Join me as I la-la-la along with the band.