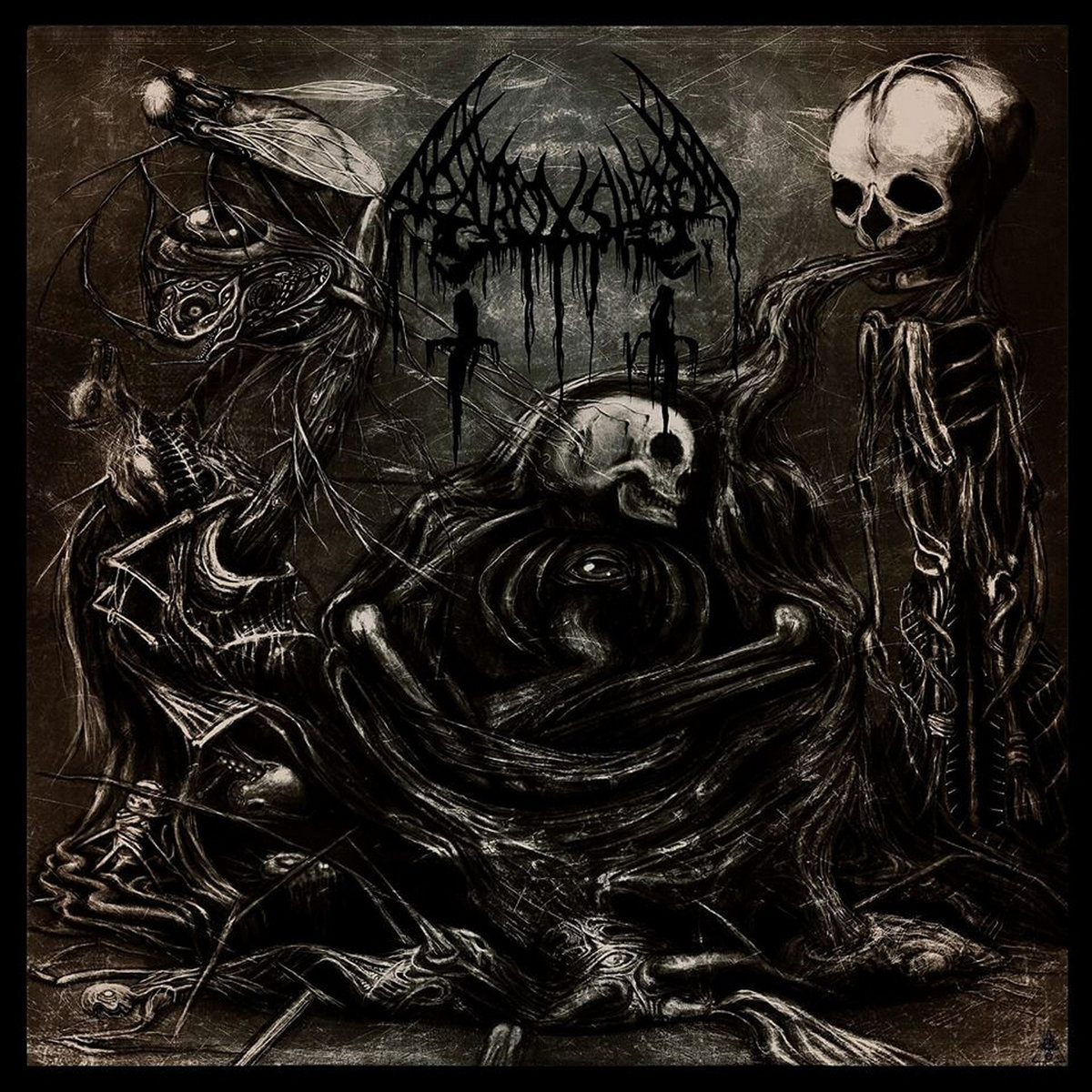 Canada O Canada, what’s all this aboot then I ask. Paroxsihzem return to us with their new EP ‘Abyss of Excruciating Vexes’ and I, for one am quite positively vexed. And yes it is excruciating.

That is not to say I am not impressed. I am more slightly puzzled than anything else. To put it in simpler terms, one may take the opportunity to ask you the valued reader to go first and have a listen to their debut release ‘Paroxsihzem’ for a brief moment. That’s okay, we will wait. There’s a good (insert Gender here, for I would surely hate to assume it).

Okay you’re back. Let’s discuss, shall we? For discussion purposes, we shall refer to the debut LP as ACT 1 and the new EP as ACT 2. I am aware they also have a couple of demos and a split release, and I am assuming that the majority of players have been involved in both.

Now is it just me or did ACT 1 sound a lot more on the death side of things than ACT 2. The first act nearly flattened me with its immensity. I could imagine it being the type of music that REALLY BIG HEAVY things listen to at night to relax after a hard day of being huge. The sort of music that they may play to baby Forklifts to psych them up for their first Herculean challenge before manhood.

Asteroids and Boulders, Steel Girders and possibly even large Trucks would sit around in agreeance and say yeah, this is good. Enter ACT 2 from stage left, and although still frighteningly heavy, it seems to have more of a Blackened edge to it.

More like the sound that marauding Demons might make as they made their way up from the depths of whichever particular damnation you choose to believe in. Not quite at the surface yet, their foul hatred seeping through the fissures they are using as conduits to this mortal realm.

Speaking of fissures, the lead vocalist is funnily enough known as Krag. He is as stony and as rugged as any vocalist I’ve ever laid my ears upon, sounding not unlike some sort of ancient cursed Golem reciting his misery through endless aeons of existence, the sound drifting up to our ears through layer upon layer of dense rock and earth.

Fellow band members are also aptly titled, and I’m pretty sure their mothers did not bestow them with such names. For reference Abhorr (Guitar), Impugnor (Guitars/Bass), Subjugator (Bass – don’t ask me why two of them play Bass, I don’t know) and finally Abyss (Drums) fill out this roster of demonic musical intent.

My vexation is only the wonder of why the acts differ so, at least to my untrained ear. I had particularly enjoyed the smothering crushing intensity of ACT 1. Bands change and evolve and it is something we all must get used to. Paroxsihzem have certainly not given any ground in terms of intensity on ACT 2, and for that I applaud them.

Take either act as you will, both are beyond any doubt very worthy of the price of a ticket. If blackened death that sounds as if it has taken a millennium to seep up through the very crust of the Earth sounds like your kind of thing, then I can highly recommend that you get your filthy muckraking hands upon this release.

Recommendation: The rumbling has become far more sinister, I fear for us all.