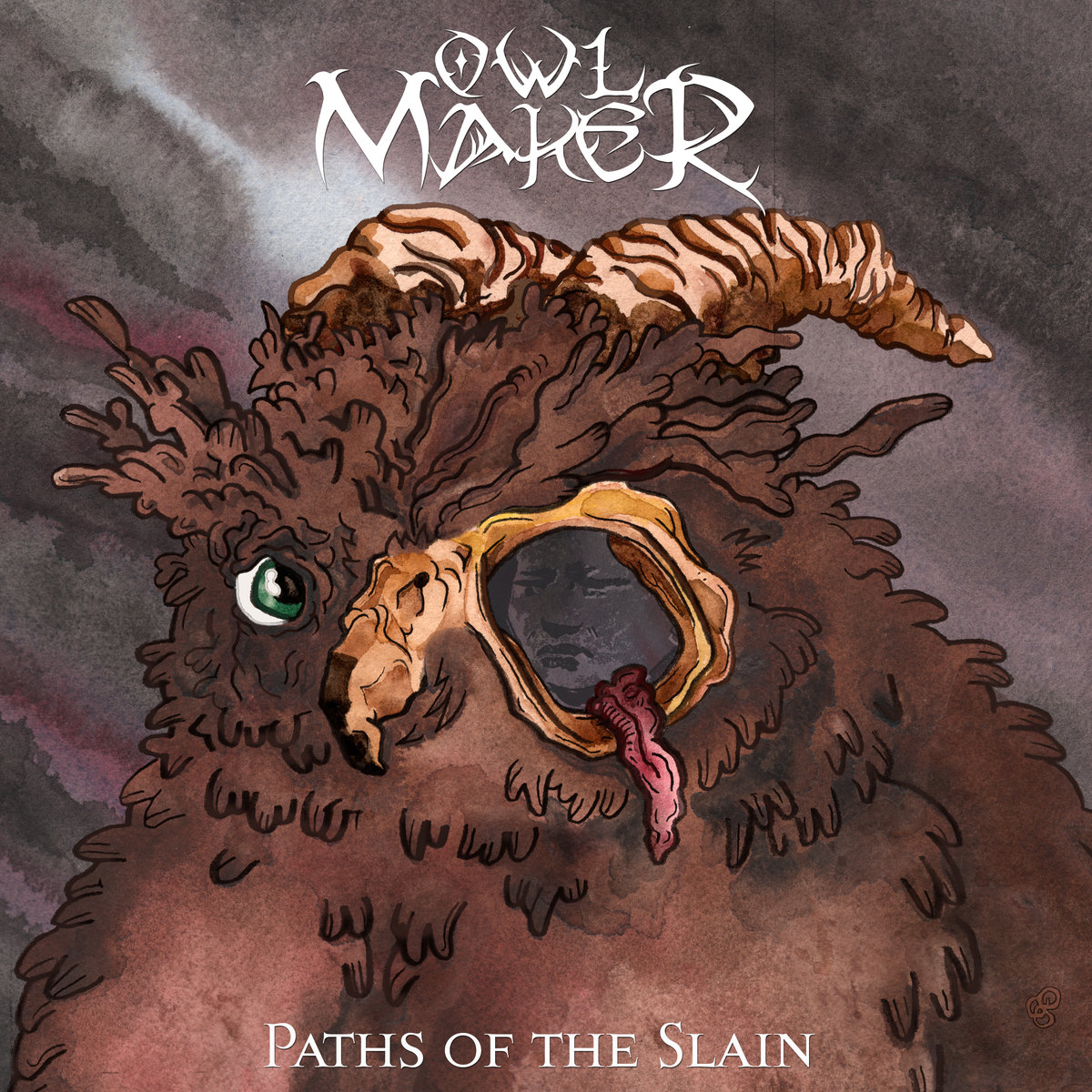 Owl Maker – Paths of the Slain

Album – Paths of the Slain

Verging at times into straight up stoner metal, Owl Maker’s debut EP thunders through folklore themes across the ages of humankind. The first track, titled Ride with Aileen, is a reference to Aileen Wuornos, the famous serial killer from Florida who would murder men who would pick her up with their car. The album is filled with super dark underpinnings, while adding a fast paced and lazy stroll through “brighter” progressions that will have many chanting choruses in front of the stage.

Owl Maker, the name a reference to the Lakota goddess that is the gatekeeper to the afterlife, is a three piece from Connecticut. A surprising amount of sonic space is covered, and the album is fairly recorded. Certain refinements in the mastering would have cleaned up the sound a little better. For a debut this EP is well put together and gives a glimpse of the great things to expect from them in the future.

Recommendation – Having a 420 party? Perfect ambiance for this album.