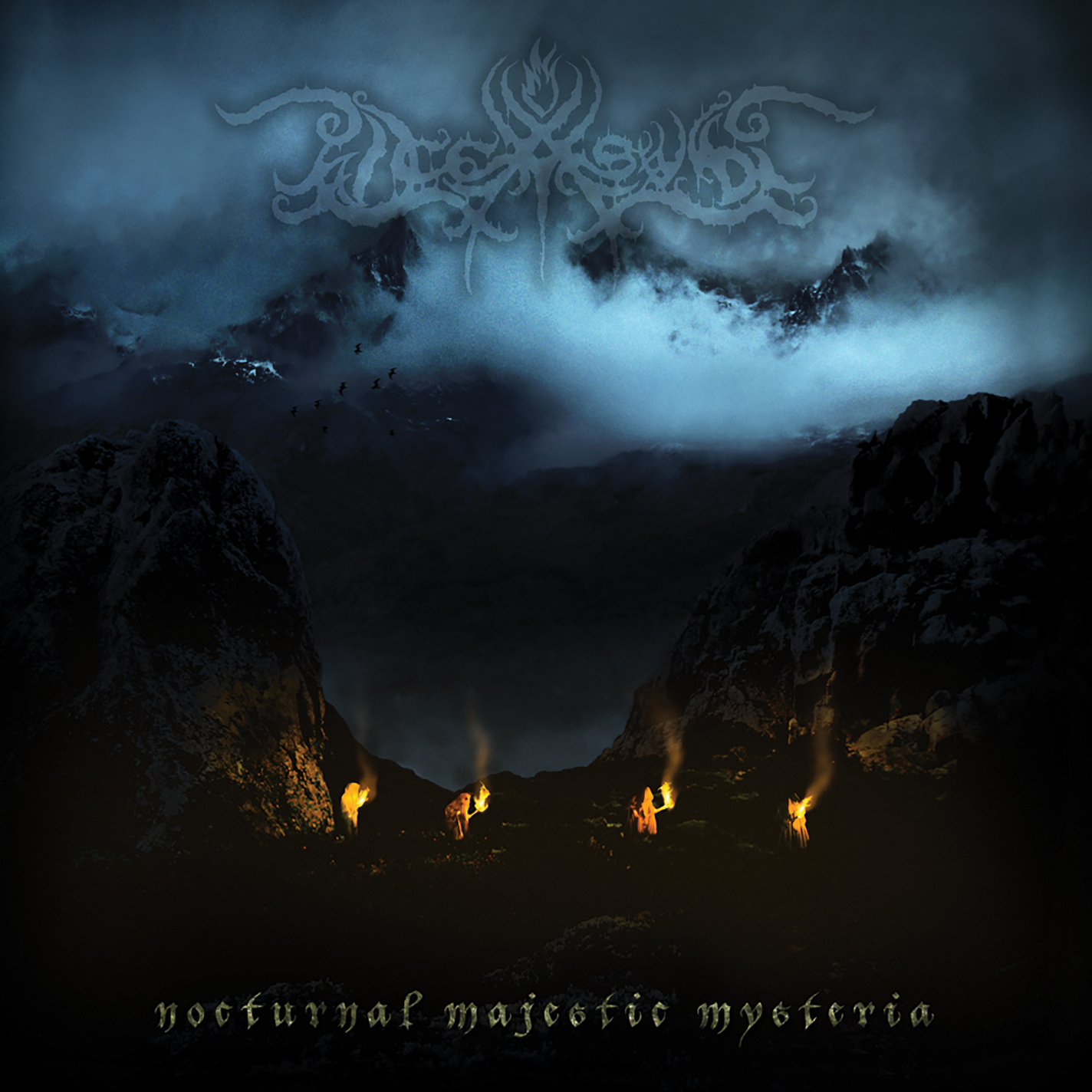 Occasvs is a black metal duo that hails from Chile, a hotbed of some of the most wretched black metal in current production. On Nocturnal Majestic Mysteria, they manage to seamlessly wed this vile product with classical, symphonic, and operatic sounds, creating a beast both putrid and majestic. Think less of a zombie all gussied up and more of true evil wearing the face of a saint. This, of course, makes them all the more dangerous. Billed as black metal, this is anything but straight up black metal. In addition to the above mentioned elements, there are considerable references to death metal, particularly in some of the percussion, how pronounced the low end is, and some of the (very diverse) vocal styles.

Ülmontem is the creature on bass (not sure if the name refers to man, woman, or creature from the underground) while Nolvz handles guitars and vocals. Behind the drum kit, we find former member Sinn Hayek. There is no reference given to orchestral instrumentation, or keyboards, so one can only assume that these are programmed, as they are certainly present. The album starts with Andante nocturno Op.7, a track that, while wilderness dark and desert bleak, would nonetheless fit comfortably on a Spotify classical music playlist. I imagine I could play this for my older brother without having him clue in that he was listening to a metal project. The final note of said track rings forth to be picked up and transformed by tremolo picked guitar at the beginning of Triumphal Defeat, thus leading into the full descent into the Chthonic mysteries beneath. Throughout the remaining tracks, the orchestral magick resurfaces and dives deep again beneath the swirling void of blackened madness that is the main thrust of the album. Like a burrowing serpent it reappears and disappears to sow dread in the listener. While the guitars scream (sometimes literally) second wave black metal in tone and tremolo, the bass in prominent enough to bring to mind gluteus maximus (to call to mind a metaphor started by The Great Mackintosh in a prior review). Percussion is a mix of well placed heavy metal rhythms and fills, some double bass destruction, and blasting galore. Vocally, once again, the main flavor is blackened wails, but Nolvz, at times, drop into a death growl, or rises to near operatic cleans. All of these styles are handle with precision and perfectly placed to carry the story forward.

If you are not convinced yet, let me put this bluntly. Nocturnal Majestic Mysteria is a masterpiece that took me completely by surprise. I generally like South American black metal with its unique fury, but this may be the first album from the scene that I love. Occasvs rises from the abyss to drag you back down with them. Though you will be filled with dread, you will feel compelled to go. The trip won’t be comfortable or fun, but then you listen to metal, not pop. It will be rewarding.

Recommendation:  A surprise dark horse for the year end list.