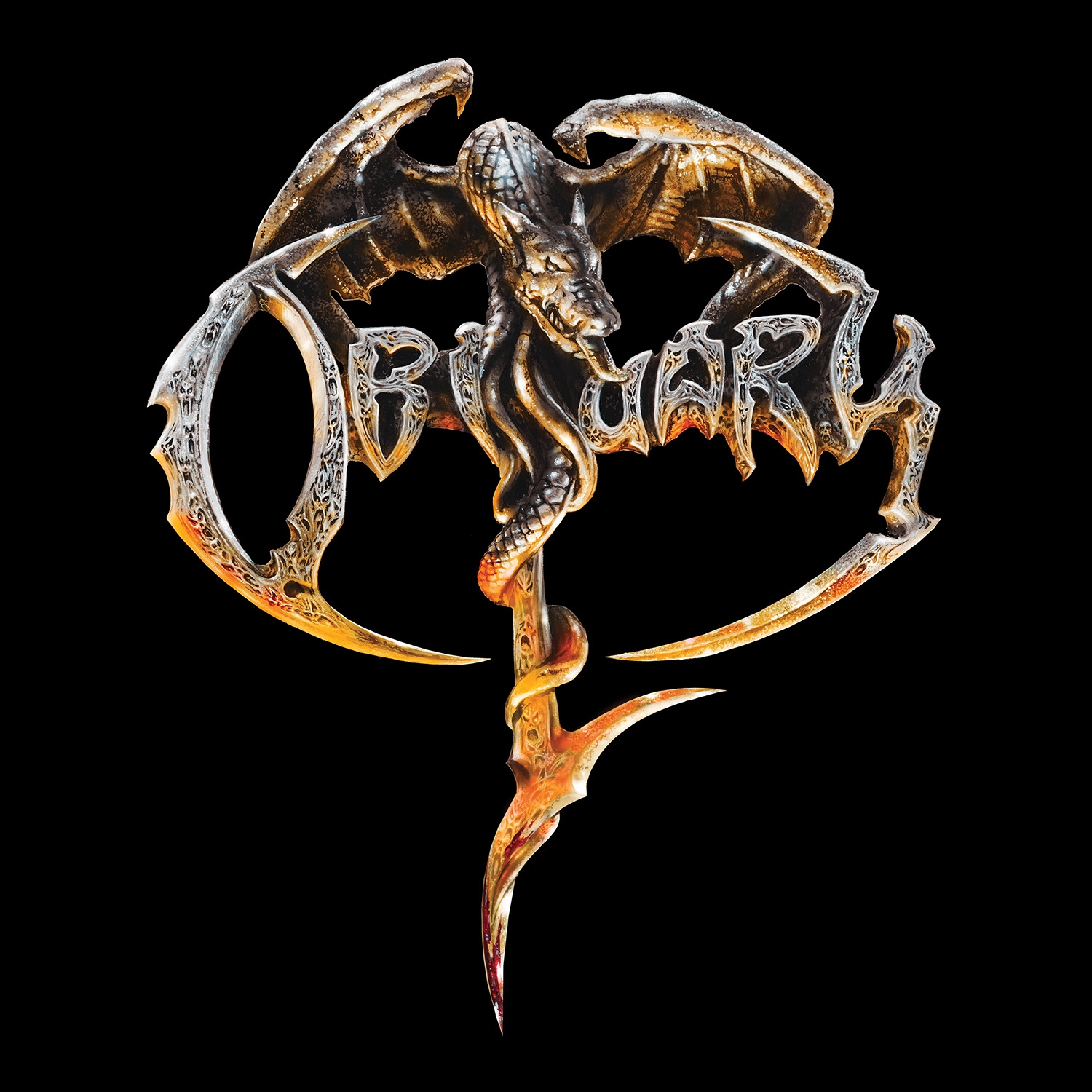 I have to get something off my chest; I absolutely loathe self-titled albums, especially from death metal bands.  I have no problem if your demo is self-titled, and I can even give a pass for a debut album being self-titled. But doing it after your career is well-established reeks of laziness.  There are plenty of track names that could have been used as this album’s title: Lesson in Vengeance, Kneel Before Me, Turned to Stone.  All of those potential titles would have yielded some badass cover art as well.  However, this album’s front cover is nothing more than a slightly updated logo with the dragon sitting on top and a completely black background.  This is a big let-down from the gory imagery of the last release Inked in Blood. Try a little harder next time guys.

The actual music is quite impressive as the first track “Brave” kicks into high gear right out of the gate with fast tempos, biting riffs and John Tardy’s signature snarl.  It gives off a strong Slowly We Rot vibe which I absolutely love.  “Sentence Day” is another rager with simple yet effectively heavy riffs and some terrific soloing from newest member Kenny Andrews.

Track three, “Lesson in Vengeance” is nothing more than a slow and simplistic stoner doom riff, which really kills the energy built up by the first two songs.  This song could have been left off the album entirely.

The intensity picks back up with “End it Now,” a faster-paced head banger with some evil-sounding riffs.  After a quick, standard solo it really picks up the speed towards the end and should be a great song for Obituary’s live set.  Fifth track “Kneel Before Me,” starts with some classic death metal alternate-picked riffs and includes the signature Obituary, whammy/dive-bomb leads.  I really believe Mr. Andrews is the best lead guitarist Obituary has had in recent history.  He blends the whammy styles of Allen West with the shredding tendencies of Ralph Santolla perfectly.

The B-side tracks sound like “Obituary’s Greatest Hits” as each song feels like it was purposefully written in the vein of certain older albums.  “It Lives” could have been on The End Complete; “Betrayed” harkens to 1997’s Back from the Dead with its groovy rhythms and stomping riffs; “Turned to Stone” sounds like it was written for World Demise.  “Straight to Hell” is the Cause of Death flavored track as it has an interesting riff to start out and then abruptly slows to a snail’s pace with equally crawling-in-a-pool-of-blood vocals.

This album boasts a very bright, clear production.  I can discern every instrument in the mix and focus on any one of them if I wish. Donald Tardy’s drum performance is flawless and his tone is dialed-in exquisitely.  Terry Butler’s bass is heavy and is placed at a great level in the mix.  The guitar tone of Trevor Perez sounds better than it ever has.  Seriously, go back and listen to Inked in Blood after hearing this record and it sounds like an un-mastered demo by comparison.

Long-time Obituary fans will be very happy with the variety on the album and it may even be enough to win back some fans that left them for dead.