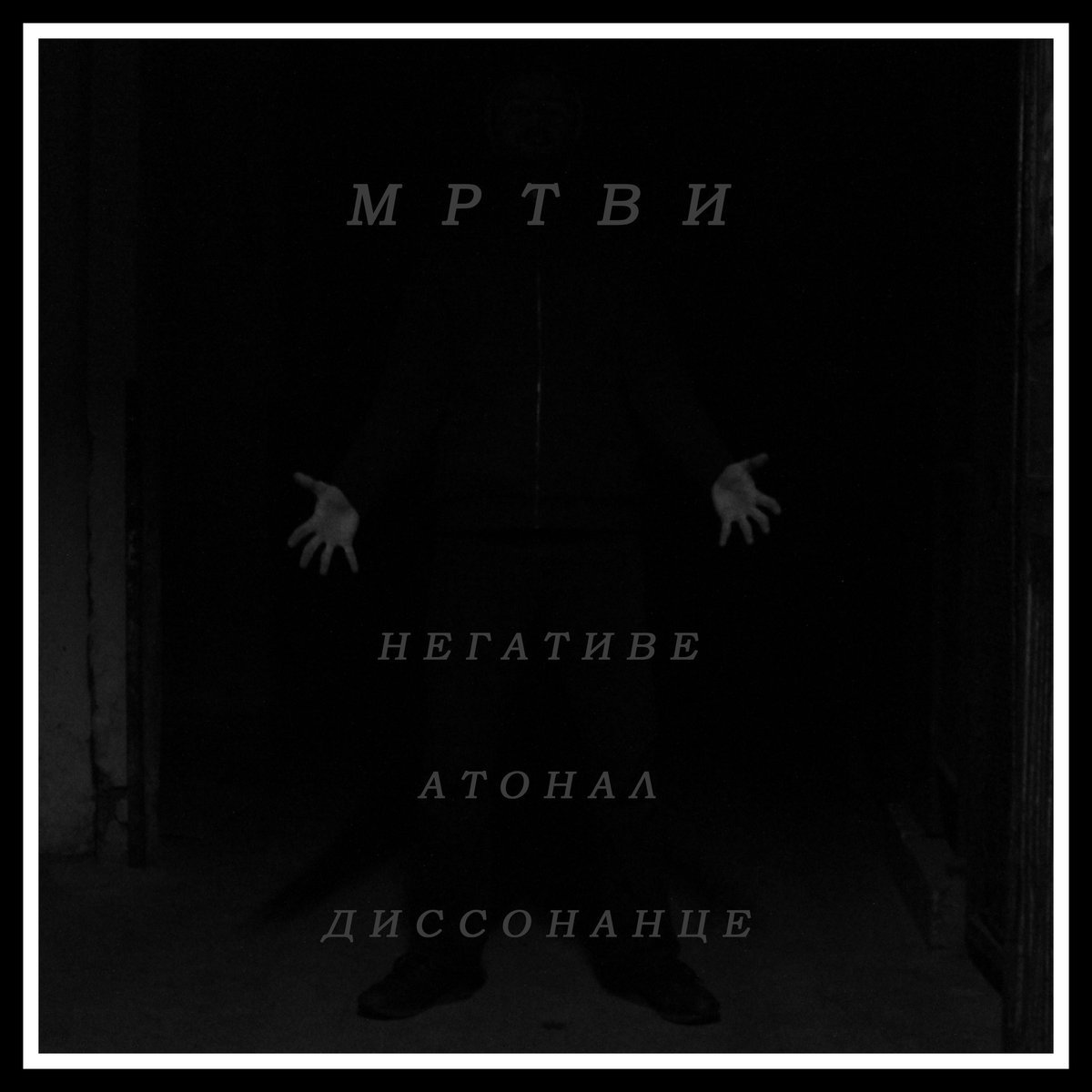 Band – MRTVI
Album – Negative Atonal Dissonance
Country of Origin – UK
Genre – Black Metal
Release Date – July 30th, 2017
Label – Transcending Obscurity
Author – JDecker
Heavy handed is sometimes the best handed method to use when slapping one upside the head. Welcome, unto us, MRTVI with a well aimed, marginally conceptual, and decidedly heavy handed slab of of wickedness that serves to slap you right the fuck upside your head.
With a broad brush stroke, MRTVI paints a decidedly finite portrait on the ever growing and ever evolving landscape of contemporary black metal. A self described one man black metal band from the UK (Serbia, depending on where you look and which sources you cite), MRTVI outlines their work in a number of verbiage filled diatribes of varying lengths – the shortest, most succinct, and (in my opinion) most accurate being “a one-man black metal project concerned with exploring the negative dissonance and atonality of the aural and emotional spectrum”.
For the uninitiated, the term “atonal” is most basically defined as “not being written in any specific key or mode”. With the term “dissonant” most basically being defined as “lacking harmony”. Together, especially for the average music listener – black metal or otherwise – this can quite easily read as a clusterfuck of nonsense, noise, and tryhard avant garde masturbatory bullshit. And, I’m not going to lie, when a lot of projects use either term – that is precisely what you get. But that is absolutely not the case with this offering from MRTVI.
Additionally, the term Black Metal might be one you want to leave at the door if you’re a purist or diehard fan of the classic tried and true styles of the black metal genre. Because, unless your third eye is open and your mind is gaping wiiide open, you will likely not only not enjoy this material, but the potential for it falling on a slightly opened ear is incredibly minimal. Imagine you’re a fan of black metal and you just erased the chalk board which had the formula for what black metal IS written across it. It’s not entirely gone, it’s smudged and blurry, and some of the letters and numbers are transposed, entirely misplaced, or omitted altogether. Then, maybe, you’ll be prepared to give a listen and – most importantly – appreciate and understand. Avant garde styles of all genres would help in bracing yourself, as would an understanding of or exposure to freejazz and noise and IDM styles of music.
Over about 42 minutes spread across only 3 tracks, MRTVI manage to display an alarming amount of musical aptitude, ability, and dexterity – especially when keeping in mind all instruments, vocals, and programming are the result of just one man.
Transcending Obscurity, the little label that could – and has shown, not only it would, but fucking will time and time again – delivers the monstrosity that is “Negative Atonal Dissonance”. And major kudos to them for taking the leap required to bring this one to the masses. Riding on the coattails of the previous Norse releases, I feel, they’ve managed to find a sliver of a niche genre of black metal that is widely overlooked and under-appreciated, managing to bring it to the foreground of the endless heavy metal horizon.
The nearly 8 minute long opening number is a smorgasbord of ambiance and noise. It unfolds like the intro for a sci-fi horror flick combo in the bowels of hell. It almost operates as a sort of blacknoise false-flag scenario. Similar and relative enough to the whole, but peripherally out of place. Creating just the right amount of uncertainty and discomfort – aurally and emotionally – before the last to numbers on the release flow in and wreck shop.
The second and third numbers on this one are almost without explanation. Words fail and – if actually utilized – absolutely fall short of a number of things. They fall short of explaining the depth of which these songs reach. They fail at outlining how musically and technically these songs are assembled – again, especially considering they are the result of just one man. They do not do any level of justice to just how enveloping and suffocating these songs are. Words are simply not enough, regardless of how many one might use and how eloquently they might put them together.
Track 2 delivers, probably, the most forthright so-called black metal offering, between the ambiance and noise and experimentation of the intro number and the ass-end track of absolute atonal and dissonant free-form jazz and noise and metal. But do not, under any circumstances, think clicking ahead to track two is a good idea. The best idea and, arguably, only way to listen to this one from MRTVI is from front to back. Loudly. Repeatedly.
Absolutely at the top of the scrap heap for black metal release of 2017.