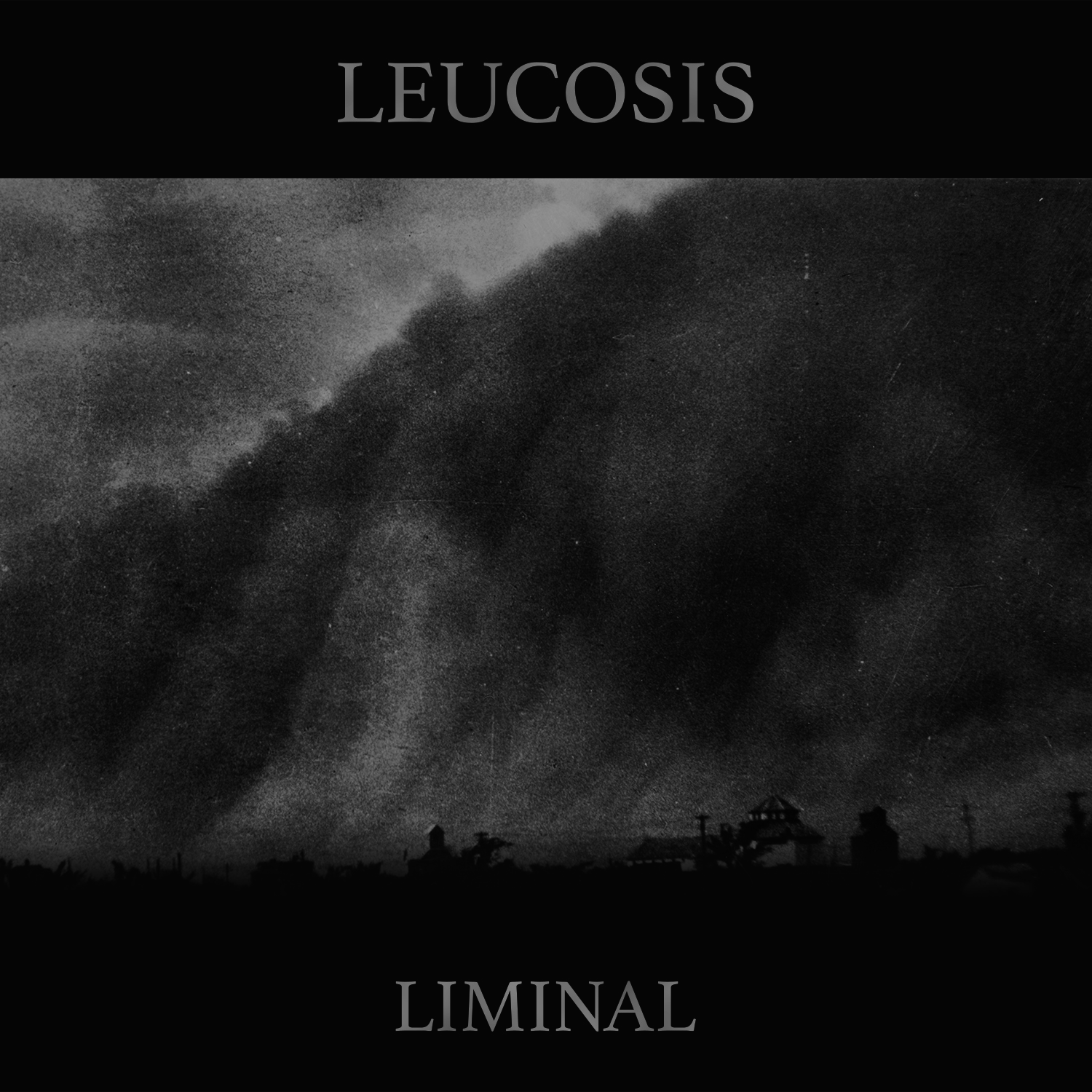 Several years ago, when family and work life settled down enough, I began once again listening to new music after a decade and a half of buying almost nothing new. As I rediscovered metal, the first sub-genre to truly speak to me was USBM. To this day, this particular style, with all it’s variations, speaks to me in a very moving way. I love finding new masters of the style to see what twists they add. From Weakling to Wolves in the Throne Room to Anagnorisis to Panopticon, it’s all powerful moving stuff. Recently, I discovered a new (to me…not to the metal world) band that fits into this style. That band is Leucosis and their third full length album, recently released, is Liminal. And just like that, I have a new band to explore.

Leucosis is currently acting as a duo, with Jacob pouring forth waves of blasting from his drum kit and Jeff handling guitars and vocals. So, I always have a couple questions I ask myself with this style.  First, how do they fit? In other words, what are they doing that makes them be a good addition to this list or style? Well, Leucosis play long songs with lots of blasting and tremolo riffs. The vocals are definitely the harsh style subtly different from Scandinavian second wave bands that seems to be the preferred method here in the States. There are atmospheric passages. The songs have a sense of mourning or sadness interjected into the fury. They feel organic, tied to the earth. All of these qualities suggest USBM. There are others I’m not catching, I’m sure. Second, how are they distinctive in their own right? Well, on Liminal, you have a total of five tracks which alternate between rabid fury and much shorter atmospheric interludes. There is little in the way of atmospheric calmness within the three proper tracks (1, 3, 5). Many similar bands mix it up a bit more. Here, it works very well as breathers between the aggression. Another distinctive difference is the emotion suggested by the album. While WITTR, for example, often feels like a melancholy goodbye to the natural world within the fury at it’s loss and Ash Borer calls forth a cold hatred for the stain that is humanity, Leucosis gives us red hot rage, even within calmer passages. I don’t know what the duo’s intentions are, but I hear this as an explosion of anger. They are coming for something and ready to do battle.

Liminal is, in many ways, a magnificent album and a worthy addition to the catalog of USBM. It is rage personified, at human choices regarding the natural world if they hold true to much of the theme of the genre. The album is gripping and leaves you breathless if you take the time to let yourself be drawn in. Like the image on the cover, this could be the voice of the earth coming for revenge.

Recommendation:  A worthy addition to a favorite style.