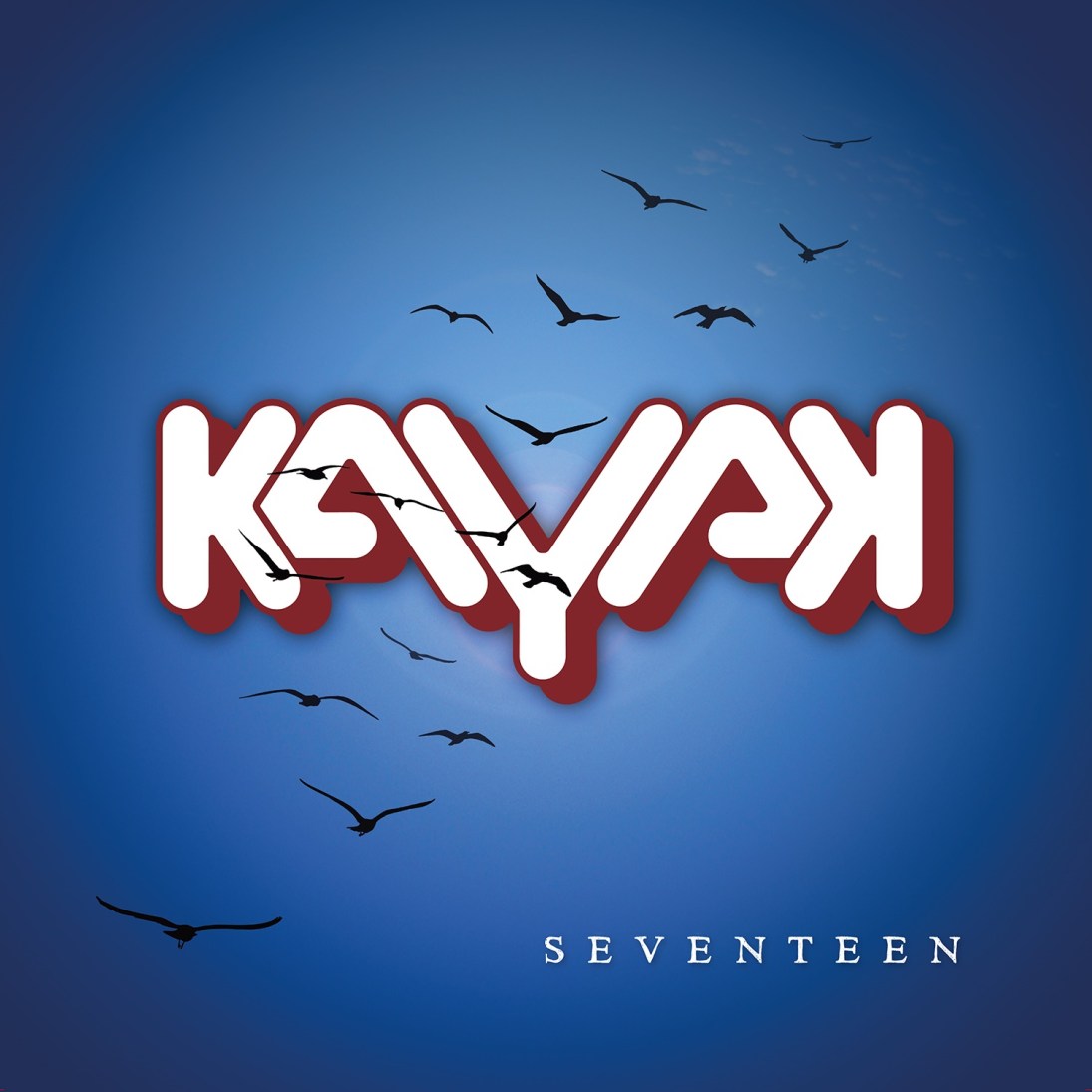 Dutch band Kayak have been around for almost fifty years.  While that is no small accomplishment, it is equally surprising that a band with such longevity is virtually unknown in North America.  (A staggering list of the band’s live dates since 1972 shows repeated stops in Dutch cities like Arnhem and Nijmegen but only a handful of gigs anywhere else–in this case a few in the U.K. in 1977.)

One can only wonder what Spinal-Tap-esque madness might have haunted this band over its long and seemingly tumultuous tenure (keyboardist Ton Scherpenzeel is the only remaining original member).  Nevertheless, Kayak are back with their seventeenth effort, simply titled Seventeen, and fans of 70s prog and its 80s evolution will be delighted with the soaring guitar arpeggios, baroque piano figures, and dramatic vocal delivery reminiscent of Saga, Marillion, or supergroup Asia.  The record pushes all the prog-rock buttons, but always seems to do so at the right times and places.  Indeed, Seventeen is engaging, enjoyable, and epic in the traditional sense of the word, in a genre where such an attribute is still pursued and appreciated.  One can excuse the occasional flashes of hair metal pop as a trade-off for music that is tight, well-executed, and delivered with such conviction.  Interestingly, modern prog-rock elements such as dropped guitar tuning or chugging metal chords are notably absent.  As a result, this isn’t so much a modern take on classic prog as it is a full-on 80s prog record seemingly recently unearthed, and one that could have landed the band a slot opening for Anderson, Bruford, Wakeman, and Howe.

Melodies can be hard to write deliberately.  The most successful songwriters often say that their best melodies somehow came to them fully formed.  However these melodies on Kayak’s Seventeen came about, what is essential here is that they give the virtuosity some context and the songs some direction.  Ultimately, what could have been a dizzying set of technical exercises actually breathes with life and vigor as a result of the melodic lines that make the whole affair quite entertaining and well worth a listen.