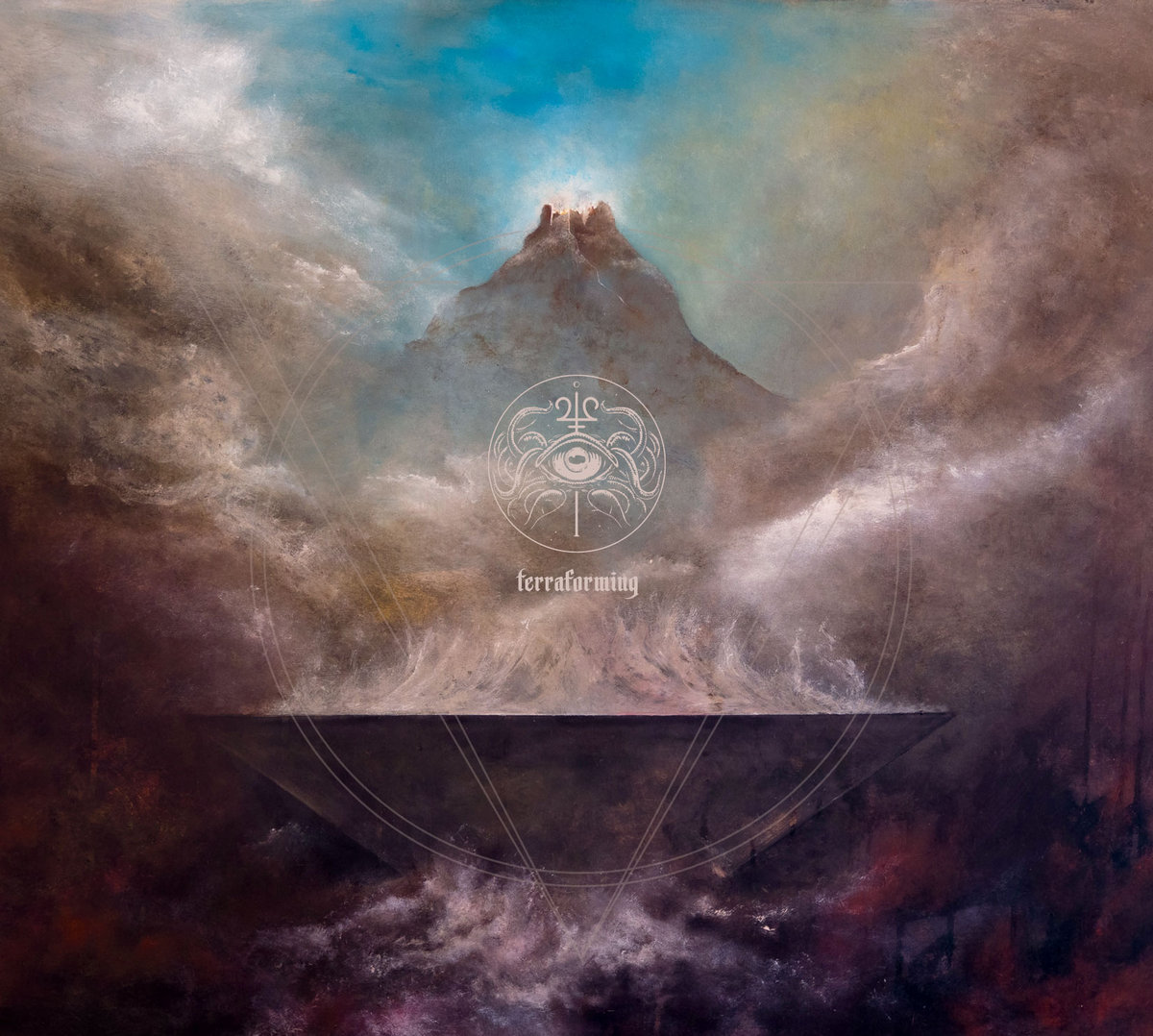 After a couple of a EPs, a compilation of their own material, and a single full length over the last 3 or 4 years Jupiterian return with “Terraforming”, their second full length outing. A monolithic slab of sludge and doom metal slathered in black and death tendencies, “Terraforming” is an apt title for this otherworldly outfit’s most recent offering.

Masked and unknown, hailing from Brazil, and delivering the goods via the inimitable Transcending Obscurity label based in India, these tracks truly feel like a concerted effort to inhabit and take over your mind so as to populate it and welcome other members of its race to their new earth, their – and your – new world. A yet barren land where your breath is pulled, meticulously and painstakingly, from your very lungs by way of the bands crushing brand of doom metal laced with sludge and sludge metal laced with doom. Dripping with absolute injurious death metal overtones throughout and scathing black metal affect and effect everywhere else, Jupiterian’s “Terraforming” is a suffocating and uncomfortably inviting body of work that simultaneously brings to mind images of Swamp Thing landscapes and horizons of Mars captured by the Mars Rover.

If Minsk and Portal had a baby in a swamp that was then raised on a desert in outer space, “Terraforming” would be it in sonic presentation.

Coupled with their sound, fine-tuning the anonymous and masked thing, brandishing one of the more unique logos for the genre(s), and carrying a pretty thin collection of live footage with them, Jupiterian is probably one of the more interesting and mysterious bands orbiting around the metal galaxy right now.
“Terraforming” opens with the track “Matriarch” which delves into a cavernous and hypnotic ultra-heavy death-doom affair that really sounds like something from Portal’s “Vexovoid” if it were slowed down about 50%. Just laborious and molasses like in its trajectory. “Unearthly Glows”, the second track from the offering, is probably the most straight forward doom joint on the album, slow crunchy drums laced with walls of distorted riffs echoing off of retro-futuristic cave walls while the vocalist, known only as “V”, cooks up deathly versions of traditional doom croons. “Forefathers” appropriately begins with sort of tribal acoustic drum thumps before crashing in on some ultra sludge from a celestial body as yet undiscovered, unfolding into elongated walls of reverberated riffs and muffled percussion. Gurgled and growled chants filling the barely existent void between the two before bursting in on a head nodding barrage of repetitious and enchanting riffs and feedback.
I could go on, really. With only one of the 6 tracks clocking in at under 6 minutes, each of these numbers is a celestial church service held in honor of praise to an underworldly, otherworldy entity to each their own.