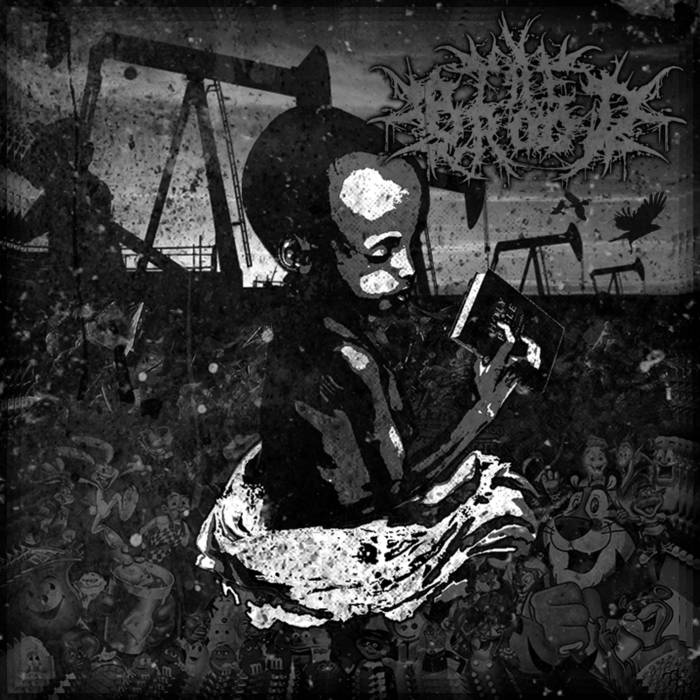 Interview with The Brood

Album: The Truth Behind

Hayduke X:  The Truth Behind was released in February in the United States by Give Praise Records.  How has the reception been so far?

The Brood:  We get a lot of really cool reviews and our bookings are growing and growing, so we think people like the album.

HX:  How do you feel about the album?  Did you have a vision for it and do you feel that you were able to achieve that vision?

TB:  We are happy on how the album came out, but we also think there were some things we could have done better and may have changed a track or two. We have learned this lesson and we are taking more care selecting the tracks for future releases. Besides that, we really think the album perfectly shows how the band was at that point in time. We wanted to show the energy and angriness of live shows in the album, as sometimes, albums don’t sound that fresh or organic.

HX:  Who designed the album cover?  Is there a particular message to the cover?

TB:  Aitor designed the cover and wanted to represent the hypocrisy of the capitalist society we are living in. Doesn’t matter what is happening in the poor parts of the world as far as we have our bellies full, the latests gadgets and our social media with lots of likes and comments. The “West” continues to exploit the poorest and control them with propaganda and religion.

HX:  You also recently released a split with Kittengrinda. How is that one being received?  Were you able to achieve your vision there?

TB:  The split is our favourite release so far. At the beginning we had a vague idea of how we wanted to sound and we experimented mixing different metal styles. While recording the split, we wanted it to be more consistent and we think it perfectly shows the direction we are going now. Faster and shorter songs, straight to the point, mixing grindcore and crust. Kittengrinda are like our brothers in New Zealand as Renton, their drummer, was the original drummer in the The Brood.

HX:  How and when did you form as a band?  How has the band evolved since then?

TB:  We start to play around spring 2014 with almost the same formation we are now. It was Senen and Aitor on guitars, Donnie on bass, Thibaut screaming and Renton on drums. Renton had to move back to New Zealand, so Aitor covered him playing drums. We released our first single and video, Barbie Voorhees. A few months after that Nando joined us on the second guitar.

HX:  What is your song-writing process?

TB:  It depends. Sometimes one of us comes up with a full song to which we may do some small changes. Other times we start with just a riff and then together we add more ideas to it. Our style is quite straightforward and is not particularly difficult to write songs. We’ve been listening and playing grindcore since the beginning of the 90’s, so is quite natural process. The tricky part is to make something that sounds different to all the other bands out there.

HX:  Who are you main musical influences?

TB:  This could be a very loooong answer, so we’ll keep it short :). All of us have slightly different influences that can go from extreme metal such as Meshuggah, Napalm Death, Suffocation, to prog rock classics like Pink Floyd, King Crimson or Frank Zappa and everything in between.

HX:  On your Facebook page you write, “No colour, no gender, no fads. Embrace The Brood. Grind is love.”  Can you expand on these thoughts?

TB:  The 21st century society is based on increased inequalities, selfishness, pathological materialism. Racism increases on the right  and identity politics spread like a gangrene on the left. We want to spread the idea that all of us are the same (humans), no matter your skin colour, gender or where are you coming from. We think the world needs a change, and that change should start within ourselves, treating respectfully all other human beings. There is a big push from the establishment to reinforce individualism. It’s the typical strategy of divide and conquer to prevent a group of people with similar thinking to work towards a common goal that benefits the whole community and not just the elites.

HX:  Do you consider yourselves a political band?  If so, how does that come out within and beyond your music?

TB:  Definitely we are a political band. Some of us spend our time reading classics like Malatesta, Bakunin, Marx, etc, or listening to Noam Chomsky and other modern thinkers in the same line. Most of our songs, especially the new material, reflect on the idea that it is possible to create a different society, based on alternative thinking or we criticise the existing status quo of politics and the elites that want to maintain their power and domination on the rest of us.

HX:  What is the political situation in the UK right now?

TB:  Like mostly the rest of Europe, right wing parties are slowly destroying the existing welfare state. The mainstream media is contributing to the belief that it is the natural way to go and there is no other option. Bullshit! Portugal is a great example that a country can develop and grow better than the rest doing social politics.

Then there is Brexit. A major fuckup by the current government on which their supporters got blatantly lied too by politicians and could possibly end up with an even bigger divide between the filthy rich and everyone else.

HX:  What is the place of politics in music?  How can music make a difference?

TB:  Music can send a message to whoever needs it. We think is a good way change people’s minds when the mass media made them believe that there aren’t other options. We hope that by listening to our music people can figure out that they are not alone and there are others that think like them and bring them together.

HX:  Is there anything else we should know about The Brood?

TB:  Beside playing shows in the UK and hopefully in Europe, we are working on new tracks for a split with our friends Merciless Scum from Tampa. We are also working on a cover for a compilation of grindcore bands playing Ramones songs and just started pre-production for a video. We are a DIY type of band and sometimes it can take us a bit of time to complete our projects, but that give us the opportunity to do things exactly as we want.