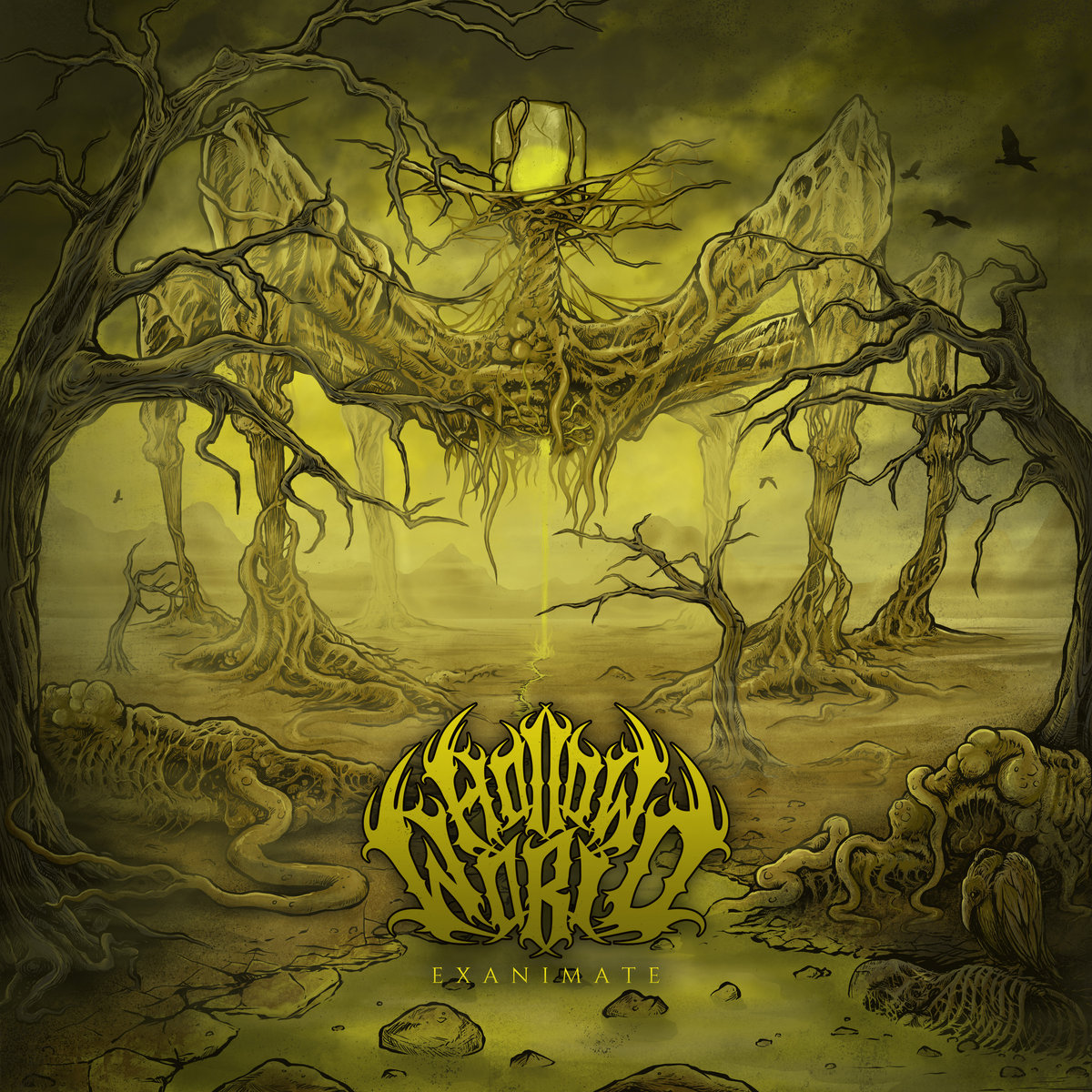 Exanimate is more technical than I generally like. Let’s go ahead and get that out out of the way. With that said, I really like this album. In addition, as I talk about this album on social media (as I do with a lot of music), I have had a ton of people say something along the lines of, “This wouldn’t normally be my thing, but I love it.” I agree. The Aussie’s have captured something on this release. Read on, as I try to cobble some words together to explain what that is.

Let’s start by talking about technicality. I am not a musician, so I rarely find really technical playing all that fascinating. It goes over my head, I think. I don’t really understand what’s going on and the music tends to lack soul. With that said, I think there is a grey area where impressive technical playing can happen and the music still has a ton of emotion and soul. Hollow World appear to have conquered that particular landscape and built a fortress there. Their playing is incredible, but never crosses the border into too technical. It helps, I think, that they have chosen to supplement their death metal style with touches from other subgenres. I would really call them progressive death metal, I guess, but they draw from tech death (as I think is clear from what I’ve already written), black metal (check out Desolation for some sweet tremolo riffs), doom metal, and even more modern metalcore. These are hints and touches that keep the album as a whole interesting. Unsurprisingly, given my love of black metal specifically because of tremolo riffs, Desolation is my favorite track.

Another feature I love are the dynamic vocal styles. Both Ben Roberts (vocals only) and Theo Goslett (also guitar) have dynamic ranges to their styles.  They really sing, though in extreme form. I’m not sure which is which, but one has a lower, harsher death growl that never devolves down to gurgles (thankfully), while the other deals in a higher pitched screaming style. The two do a masterful job of interweaving the styles to create movement in the music, sometimes even embedding directly on top of one another.

What about the rest of the band? Well, I suppose I should have mentioned Michael Truscott, the other guitarist, a couple of paragraphs ago. He and Goslett do with guitars what Roberts and Goslett do with vocals. What is a band without it’s foundation, though? Not much. That firm foundation is built by the driving bass riffs (no mere plunking here) of Josh Hynes and the technically precise, and maniacally driven, drumming of Michael Hodgson. The quintet as a whole has taken the five pieces to really compose an album, where other bands play different instruments, or even just play songs. Exanimate is one of those pieces of artwork where the whole is indeed greater than the sum of the parts.

Recommendation:  Where will this album be in my top 50 of 2017? Find out in January. I can guarantee that’ll it’ll be on there somewhere.