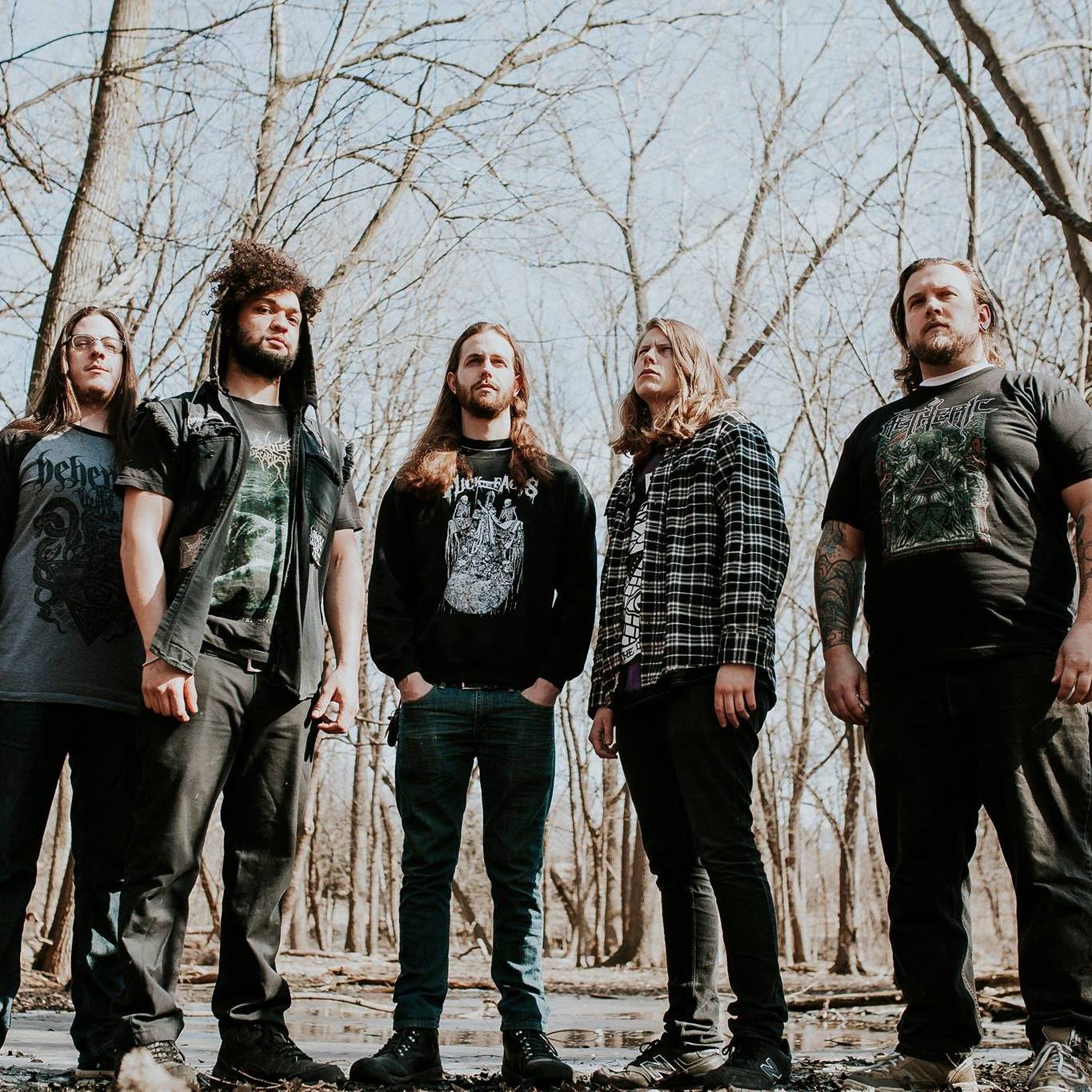 The Great Mackintosh:  Let’s talk about the album cover for a moment, it seems to be quite the departure from the artwork featured on both the ’Strange days’, and ‘Corpseborne’ releases. It’s very bright in an almost 80’s sort of style, and although it is a pretty, well Sick and Nasty picture when you have a good look at it, some people may be forgiven for thinking that it’s hardly appropriate for an album of such magnitude. Was this an intentional thing to lull people into a false sense of security perhaps?

Graveslave:  The album art is totally 80’s and cheesy on purpose. The lyrical themes, although very violent and bloody, are also pretty over the top and even a little funny when you read ’em, so we wanted the album art to convey that pretty literally. It’s like an old drive in slasher movie. And yeah, it definitely helps to disarm the listener to the impending brutality.

Mac:  So the lyrical theme of this album is about a Sick and Nasty individual who likes a little bit of violence in his life, and as I don’t want to spoil it for anyone who hasn’t read the lyrics yet, I will say no more about them specifically. Was this actually inspired by anyone in particular? Is one of you a little bit more twisted than the rest or was this a group effort?

GS:   Yeah, Don wrote all of the lyrics for Sick/Nasty, so I guess he’s the twisted one. Until he joined the band, I had been the main songwriter and lyricist, and it was very cool to have another strong creative force involved in the writing. He wrote all of the lyrics for the record while we were touring, and when we got back home I started putting the music together. The idea was to be as violent as possible, gross and cringe inducing.

Mac:  For your third release a concept album is a pretty bold move. A lot of bigger bands either never attempt it or leave it until later in their career. Again was this a group consensus or particularly driven by one or more members of the band?

GS:  Don wrote all of the lyrics conceptually and gave them to me at once, so I wrote the music with that in mind. I definitely wanted there to be a sense of continuity, as if it could all be one long song. We’d always talked about doing a concept record at some point; we’re all huge Mastodon fans, so we had to try it.

Mac:  Musically, this album shows a lot of growth for a band in a relatively short period of time. Your first two (to clarify an EP and a Single) were much more based on sheer flat out aggression. What do you attribute this to?

GS:  I think it just came naturally with the writing process. We were writing our first full length and our first concept album, so that requires a lot more textures and techniques to keep it interesting. We’d also been a solid line-up for a while at this point, so everybody’s influences really got to color the songs, instead of everyone learning songs that a single band member wrote.

Mac:  How did you end up with Christian Donaldson from Cryptopsy mixing and mastering the album?

GS:   We’d worked with him initially for our single, Strange Days, a couple years ago. We recorded our tracks with Adam Tucker at Signaturetone Studios, and had everything mixed and mastered by Christian Donaldson at his studio, The Grid. We really liked how the single came out, so we took more or less the same approach for Sick/Nasty, with more input from Christian this time around.

Mac:  Production wise, getting Christian from Cryptopsy to mix/master the album, and Matt (lead vocalist of Cryptopsy) to be on board, how did this come about may I ask? I have no doubt it would have been a great time all around.

GS:  It was definitely great working with those guys. Christian had a lot of cool ideas about the tones that added a lot of weight to the record. Matt’s guest vocals happened somewhere in the mixing process, actually. The idea came up and it was really easy to knock out. Matt even added some brutal lyrics of his own that really matched what we were going for.

Mac:  Our reviewer seems to have wrongly mistaken ‘Flesh Elegy’ as an instrumental number, and after a few more spins realised that there is indeed a spectral voice in the background. I found this track the perfect bridge to the end track, building tension until the final act. Who is this mysterious vocalist and what was he actually saying?

GS:  That’s actually us! The five of us, and our friend Joel [Oklahoma Caddyshack], got together and recorded our own agonized screams and tormented howls. We blended that with some other nasty sound effects, and the end result is what you hear on the record.

Mac:  A fairly solid album all round, A lot of people who have heard this are hoping for more, can you tell us about any plans for future releases?

GS:  Thanks. We’ve already written the next LP and have plans to record it in 2018. And we’ve been working on an EP, as well. We’ll see how all that goes. We’re also planning on getting some touring done between now and then. We’re having a blast playing these Sick/Nasty songs.

Mac:  Probably the standard Interview question, but where do you guys draw your influences from. You have been labelled as Brutal Death Metal but I for one seem to think you just fit into the older school style of Death Metal a little more than just being sheer BRUTAL, which is a good thing, as the Brutal label can tend to turn a few people off straight away. You obviously have your own sound and have made that sound a little more relevant to today’s audiences, but how would you honestly describe yourselves?

GS:  All of us in the band are huge nerds for sub genres and all have different particular tastes. So we try to incorporate a lot of different kinds of riffs. As long as its extreme and heavy, we’re not above it, be it old school or modern, or thrashy or blackened or technical or groovy. So in that sense I’d say we’re just an extreme metal band.