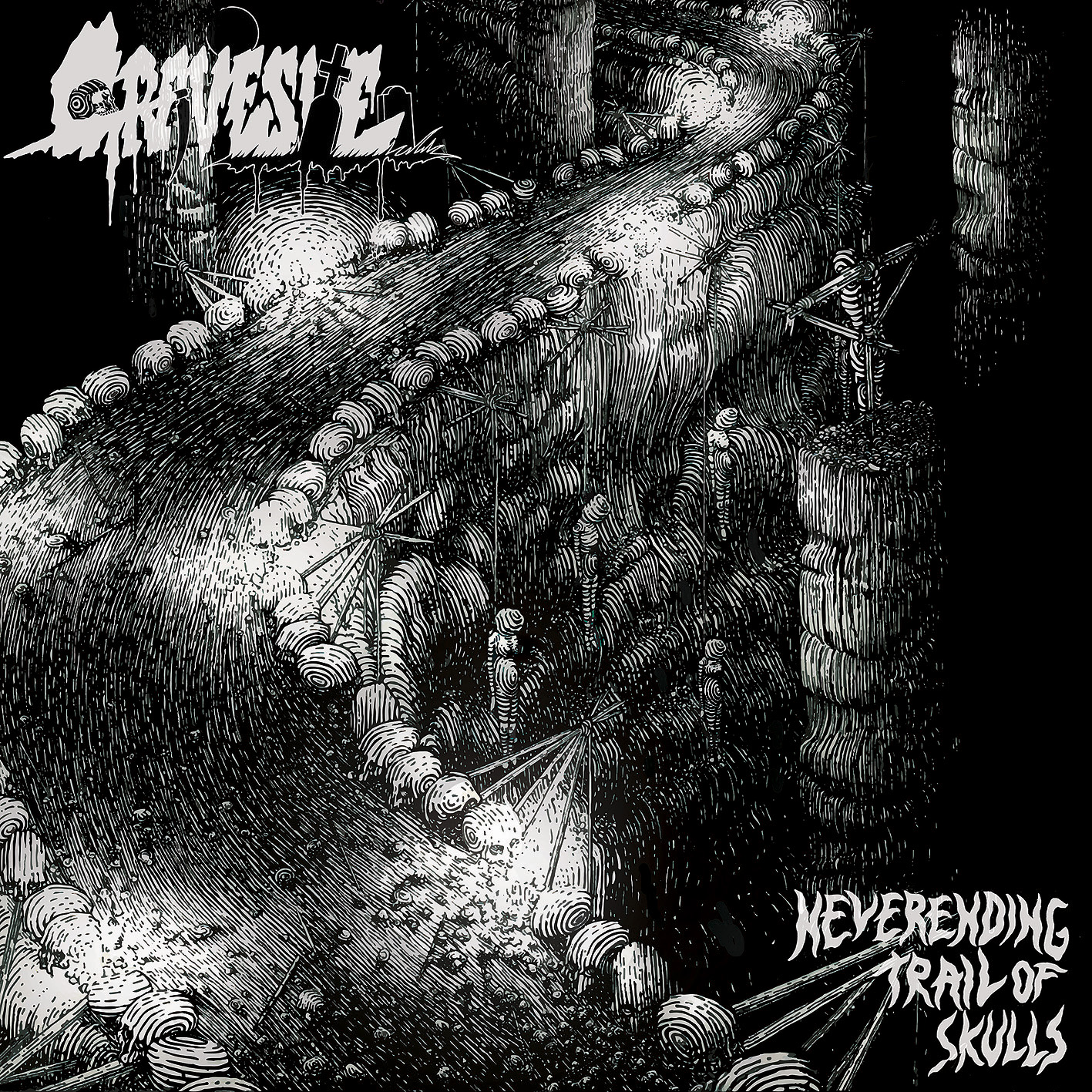 Not content to just hammer away with the weapons of brutality used by much of modern death metal, Gravesite are able to add nuance to their sound and still absolutely obliterate the listener. On Neverending Trail of Skulls, the sophomore full length by the Italian quartet, the listener is led down a dark trail of death and dementia. There is nowhere to turn back, but plenty to draw your interest forward. Come walk the trail of skulls into the eternal void.

Though there are plenty of nods to past masters, Gravesite make their old school death metal sound truly their own. They sound both fresh and innovative, while not trying to re-invent the wheel. Rather, they take a killer concept, and add their own touches. There are small solos from guitarist Gioele that add interest without drawing the listener out of the world of Gravesite. Drummer David does more than blast the double bass, though he can do that too. The rhythms are not all hammer. They have some finesse too, which ultimately better serves to bring the listener along on the ride. Claudio plays actual bass riffs that add to the spectacle as they send thudding waves of brutality. He too can pause and change it up though. Finally, we have Gabri, the vocalist. It has been well published that I’m not a fan of the death growl. Gabri uses more of a dark rasp however, dry like sandpaper, making the listening experience abrasive. I mean that in a very positive way.

Some death metal bands can be likened to a troll or an ogre, smashing everything in sight with little regard for rhyme or reason. Their purpose is solely to destroy as brutally as possible. Gravesite, with their much more nuanced approach are maybe more comparable to a lich from Dungeons and Dragons fame. These creatures were evil sorcerers who extended their life even past death, basically intelligent, malevolent, animated corpses with great power. Quite a difference from ‘Hulk smash!’