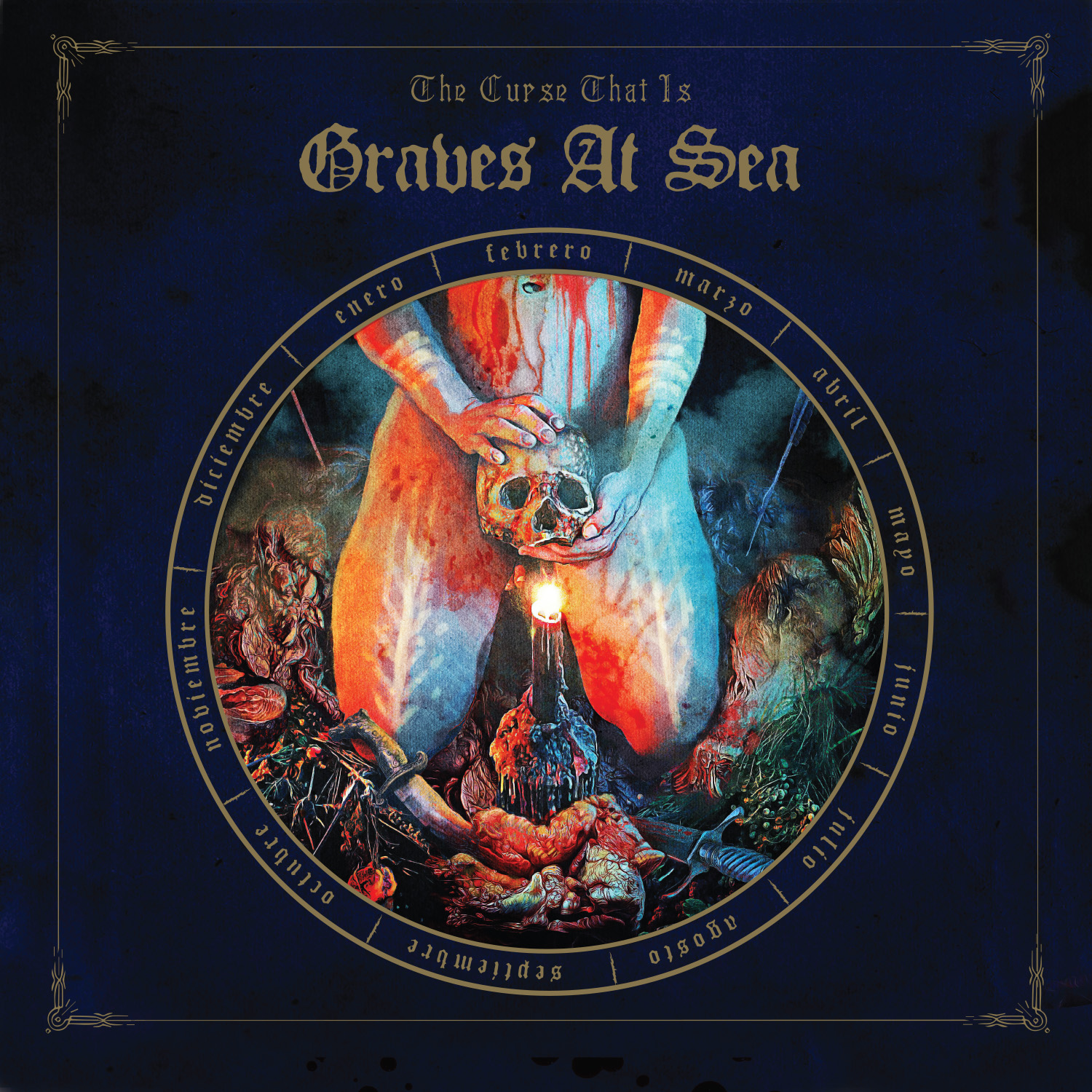 Graves at Sea – The Curse That Is

Album – The Curse That Is

Every so often an album comes along which just completely captures me.  Such events are especially exciting when they come out of nowhere.  I recently received a late copy of The Curse That Is (I wasn’t blogging when it initially came out), and was promptly blown away.  I normally spend most of my available listening time from one album to the next in an effort to give every promo I receive a chance.  Sometimes I don’t even listen to an album all the way through.  This debut full length by the four piece band from various parts of the western United States has been on near constant repeat for the last week.  Intensely heavy and dark, the album has shot up to being a contender for my album of the year.

Most of the time, the band is composed of a fairly standard guitar, bass, drums, and vocals.  At a couple points on the album, they bring in Alex Carlson on violin to add some pathos to an otherwise grim listen.  The combination of Nick Phit on guitars, Sketchy Jeff on bass, and Bryan Sours on drums give a relentless morass of relentless morass of nihilistic oblivion.  They work well together in the grime, sucking you in, dragging you through the filth, holding you under until you need exhumation to come back.  The musicians play with a controlled fury that is like a slow mystical burning forest fire that feels like it will never be extinguished.  The world will be consumed.  The real highlight here for me are the vocals of Nathan Misterek.  I was actually surprised to learn that there weren’t two vocalists.  The energy and hate behind the vocals, whether deeper and more growly or higher pitched and raspy is intense beyond words.  They give the whole album a sense of danger and paranoia.  The complete package is moving and feels rooted in an organic, malevolent intensity.  Give it a listen here:

Recommendation:  Have you read the review?  Go buy it.  Go see them live.  Obliterate.