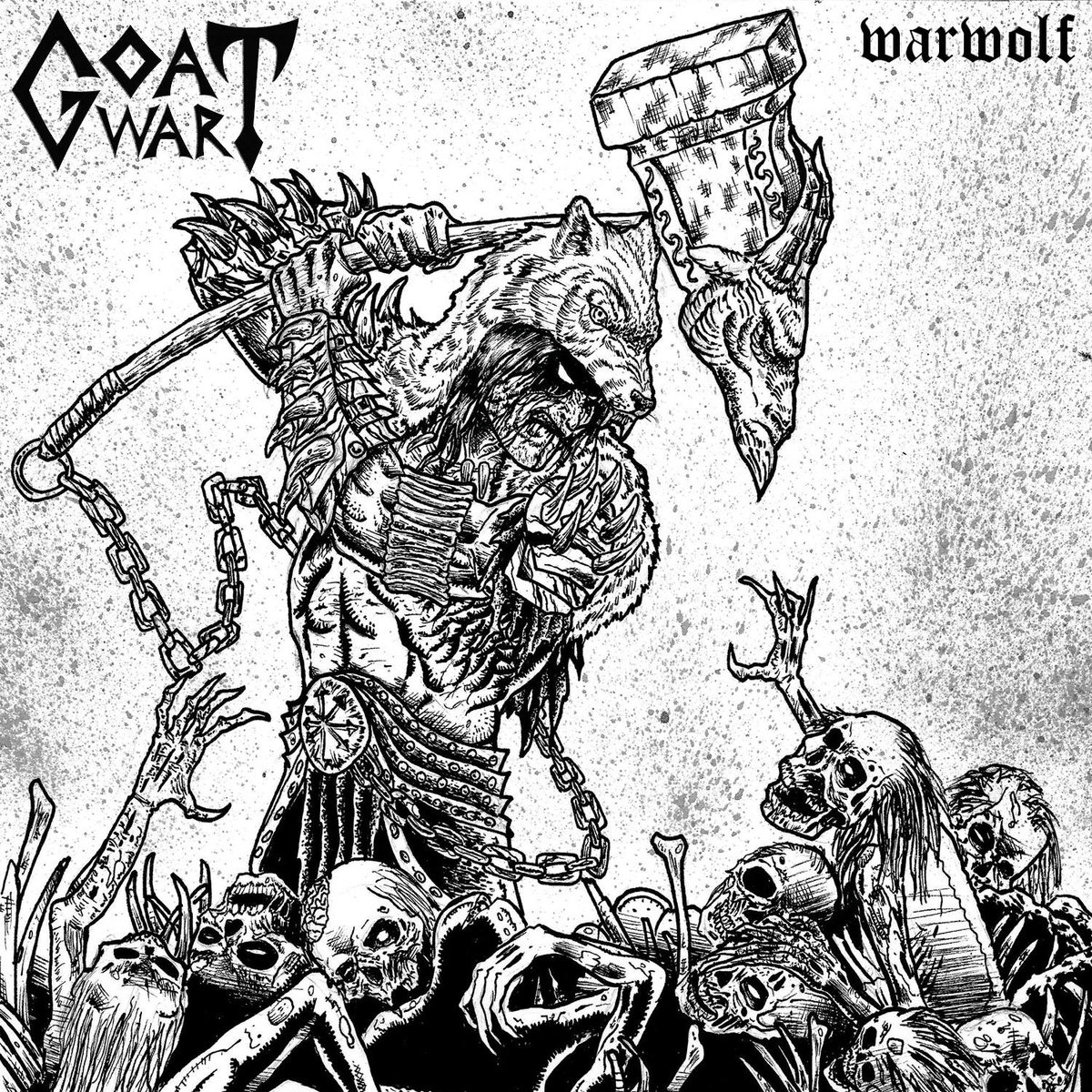 Hailing from Hell, Michigan in the United States – which, believe it or not, as an actual place – Goat War coming at ya here with this cleverly titled demo offering by way of “Warwolf”.

Is Goat War actually from Hell (Michigan, that is)? Your guess is as good as mine. Does it matter? Probably not. Especially when the name of your band is Goat War.

Wielding a weapon comprised equally of real punk, raw black metal, and old school speed/thrash metal, Goat War deliver just about exactly what you’d expect in proper and prime form. A four track EP with no tune longer than three minutes – one of them less than two minutes, “Warwolf” is a modern day version of what was likely going on back in the early days of all said genres, but on a microscopic scale and local scale. I totally see a few dudes hyped on this music, these sounds. Grabbing instruments and just banging that shit out in their own way. Holed up in some shithole town that’s not small but not big, and most likely – at the very least – resembles Hell.

I feel like the vocals are way too prominent, especially when the spooky sing-songy vocals are in effect, along with the more punk style vocals. Getting past that element, you’re left with a typical lo-fi production value from what one might probably expect based on the above description. It’s raw, it’s not the best quality, but what you can hear in the mud is blackened punk-thrash brilliance. Heavy overtones of early D.R.I. weave in and out of the whole thing, but not in overtly and lazy fashion. Early black metal demo vibes are injected throughout, but again – never in an overtly and lazy fashion.

The influences and inspiration are apparent without being obvious with Goat War, and that makes for a subtly comfortable yet excitingly fresh and new experience.