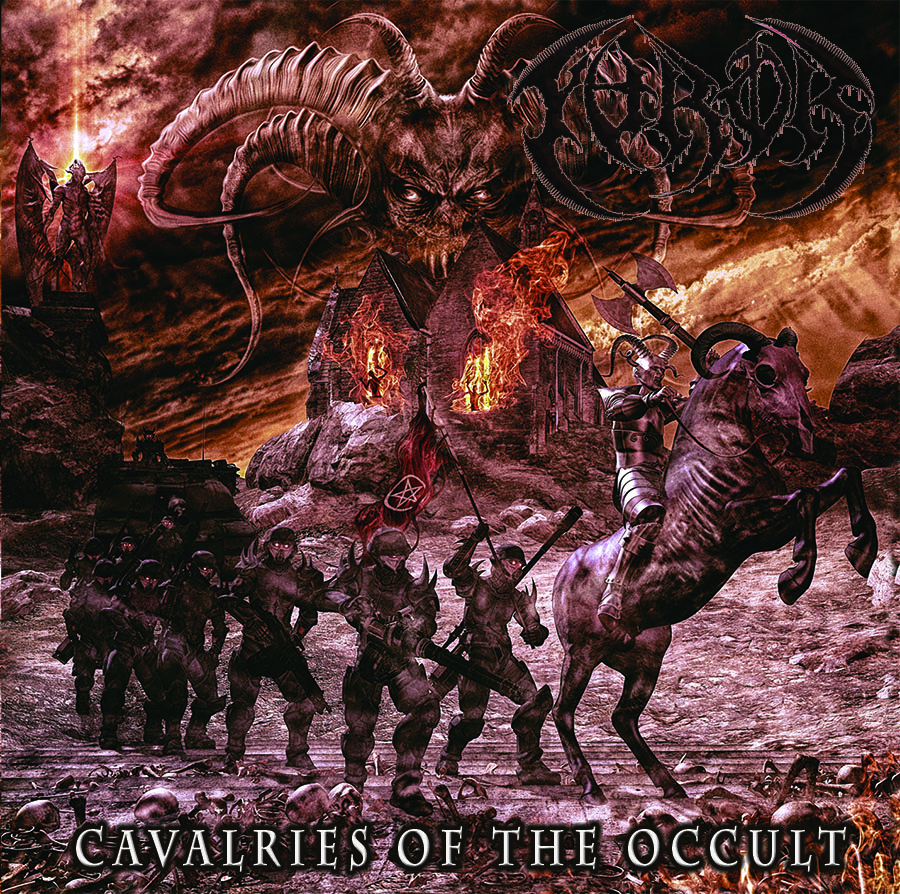 Album – Cavalries of the Occult

Some things are greater than the sum of their parts.  For example, The Furor, a two-piece made up of Warlock on guitar and Destroyer on guitar and everything else, sound like they are five-piece band.  Even more so, the style they play on Cavalries of the Occult, a brutal mix of thrash-y death metal and vicious black metal, sounds like so much more than either.  Like many other bands from Australia, The Furor play with a dangerous sense of abandonment and fury throughout the album.  There are moments which are nearly panic inducing in their ferocity.  I was so blown away by my first listen that I had to immediately listen again.  Now, several weeks later, the album remains in heavy rotation, bringing me their vicious attack again and again.

Musically, the album is so dynamic and unpredictable, it very nearly defies classification.  To say that it is a mix of black and death metal, while true, does not do justice to what you hear when you listen.  The guitar work especially is viciously transcendent.  The duo range from blackened riffs to pummeling, chunky death riffs to extreme solos.  I’m not sure I’ve ever heard shredding sound so extreme.  The drums are competently played, and certainly aggressive, but they pop in the mix a bit much for me.  This is a minor quibble which I discovered only through careful listening.  In no way does it affect my enjoyment of the album.  Vocally, Destroyer is a total maniac.  Growls, shrieks, and yells permeate throughout.  In addition, the vocals range up and down in the mix giving an enormous dynamism to the sound.

The end result of all this madness is a soundtrack for Armageddon.  While not stylistically War Metal, Cavalries of the Occult sounds like war with the demon hordes, or rather the destruction created by the ongoing victories of the demon hordes.

Recommendation:  Prepare to be blown away from first listen.