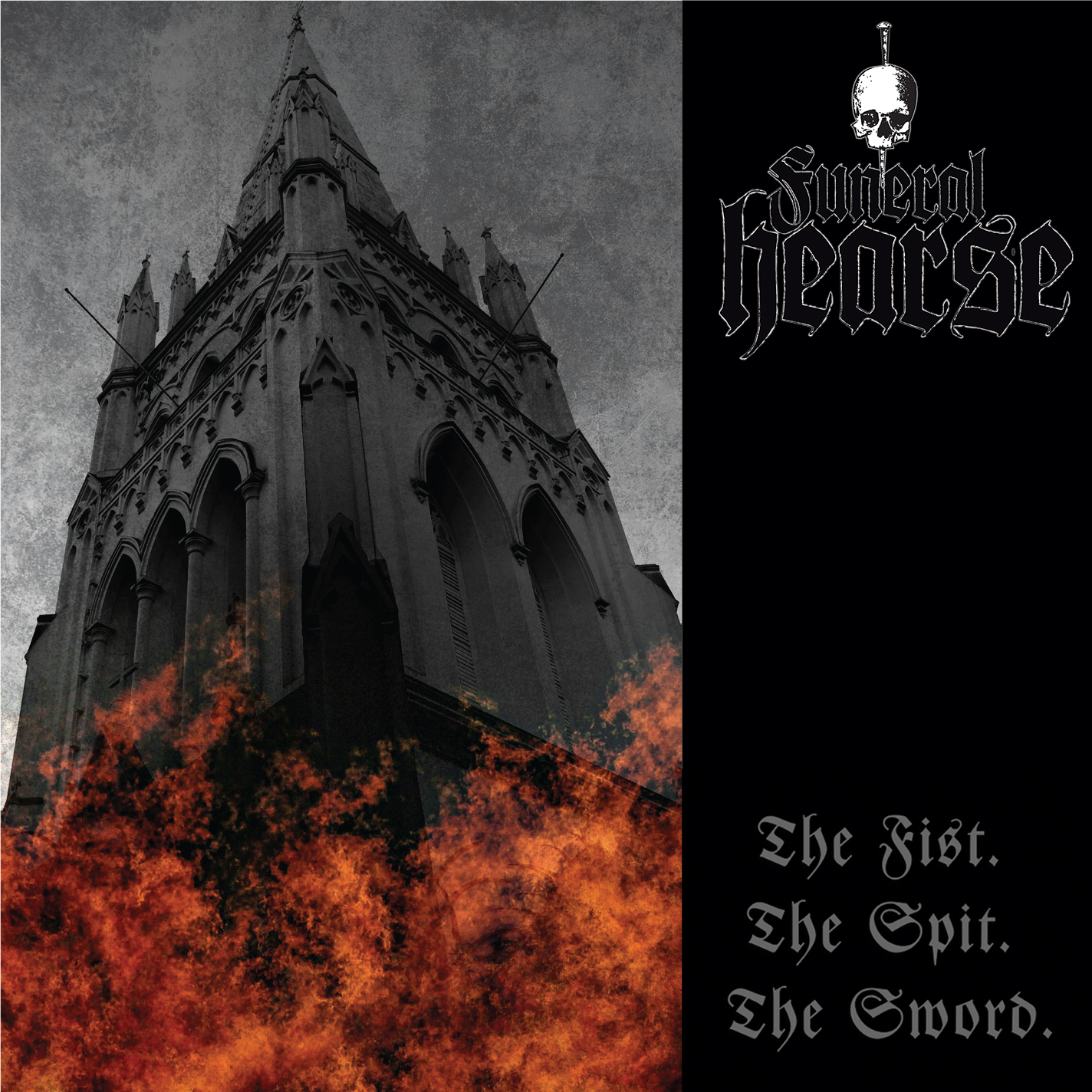 Funeral Hearse – The Fist, The Spit, The Sword EP

Album – The Fist, The Spit, The Sword EP

Such an incredible name for a band, honestly. Like, how is this the first band to be called Funeral Hearse?!

The first track on this one, “Firestorm Majesty”, lays an impeccable groundwork for blacky tinged death metal of the highest caliber. But. The next few numbers remind you that your’e listening to a black metal record, at it’s core. All traditional black metal songwriting tropes are employed here, competently and effectively and exactly.
By the time you hit track five, you’re ready for it. “Heralding The Deathwinds” brings back blast beats and other traditionally death metal elements and freshens up the blackened murk that the previous tunes put you in, reminding you to throw horns and rock out.
It’s a highly enjoyable album, to be certain, but nothing really groundbreaking or of especial note happening here. Worth checking out, all the same.