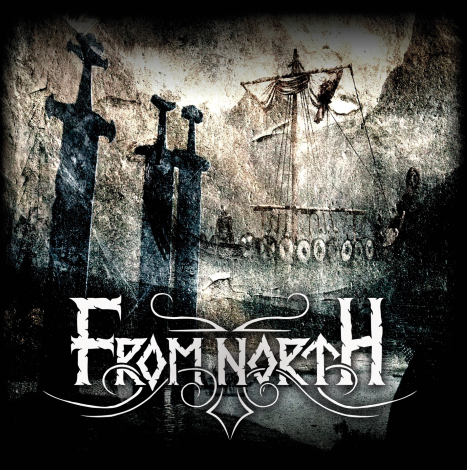 Like a pillaging Berzerker, the first track, Volund the Smith, comes crashing through the speakers with such force and wanton recklessness that it leaves you no doubt that this is definitely Viking Metal at it’s finest. The five piece out of Varberg, Sweden are accompanied by backing tracks of medieval instrumentation throughout. However, somewhere in the middle of the track list it suddenly becomes a different album. All the growling and intensity of the first third of the album makes way for songs with an eerie and mellow tone as the singer mesmerizes you with tales of lore and mythology taken straight out of the Norse culture.

Forming in 2016, From North is showing that they are a formidable foe to tangle with. This is a very well arranged and written album for a band that is only a year old. The members are most definitely veterans of the famous Scandinavian Metal scene. Coming at you like a renaissance festival on steroids, this album is immense fun. If you enjoy movies with obelisk, sword, runestone, or quest in the title and can think of nothing better than a nice mead while wearing a kilt, then this is the album for you.

Recommendation: Play on a continuous loop at your next D&D game night.