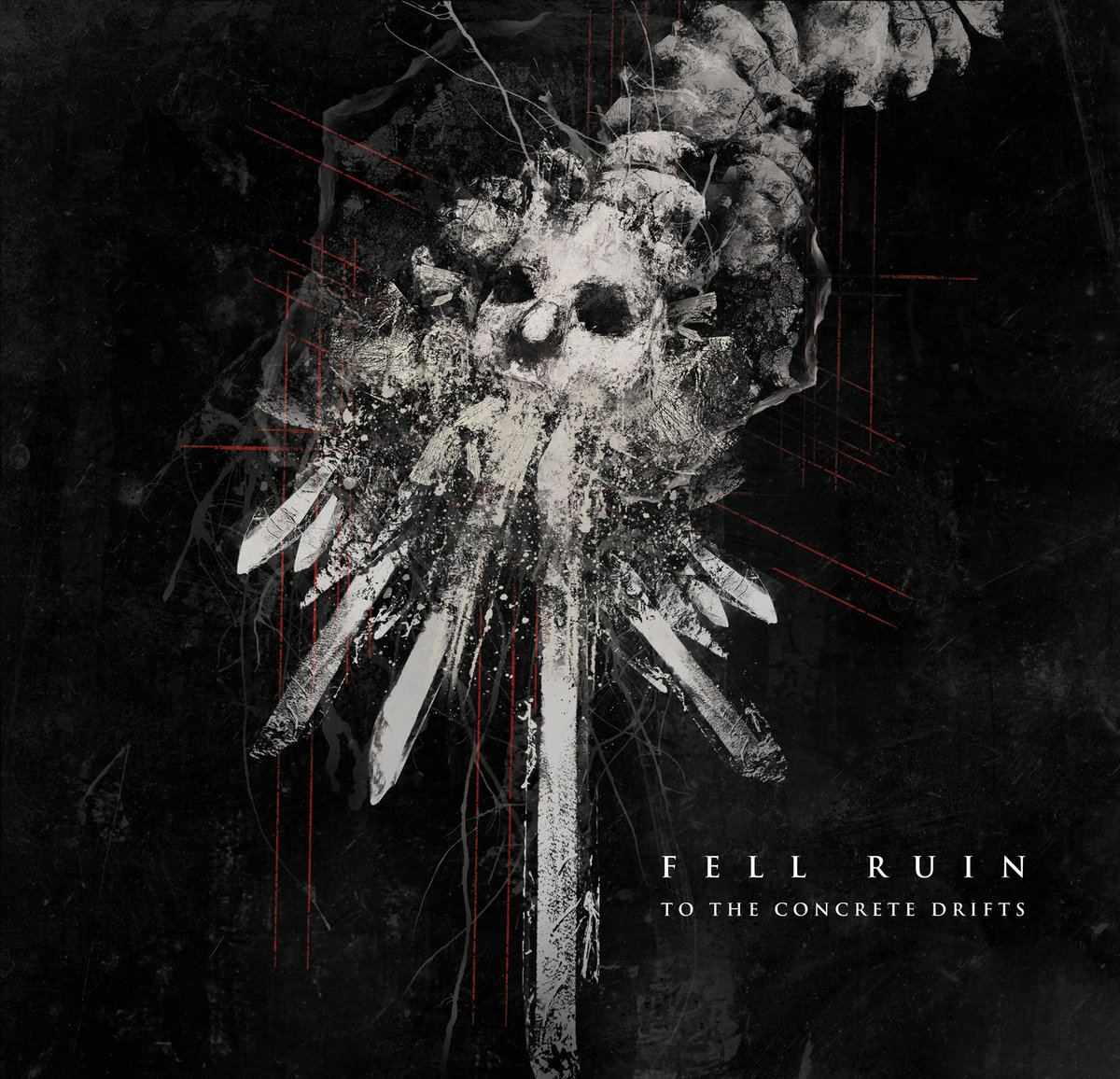 Fell Ruin – To The Concrete Drifts

Album – To The Concrete Drifts

To The Concrete Drifts, much like all of the work by Detroit based Fell Ruin, is a complex and difficult album. The band creates art through their vision, and let’s the audience find their truth within it. Fell Ruin is not a band that lets little things like convention or popularity get in the way of that vision either. This is not music which will ever find a place on popular radio, nor does it sound like other black metal just because that is how it’s so often described. Black metal is indeed the most convenient label to place on the music thus created, but it fits uncomfortably. Their are modifiers which could be added to perhaps get you a little closer to what you might expect to here, such as American or atmospheric. While both have some merit, neither tells the full picture. There is a distinct American sound found through most black metal created in the US. It is neither as cold as the Scandinavian sound nor as hot as the South American. There is some power of individual expression as well, especially since there are still many scenes within the scene, so to speak. As far as the atmospheric label, that has too often been used to express a dark but mournful sound, quietly sad, beautiful with some softer edges. While there are definitely atmospheric elements, Fell Ruin is much too angular for this explanation to truly work either.

So, what can one say about Fell Ruin? I think you can actually start by examining vocalist Brian Sheehan’s other passion, which is his work as Legerdemain Art, a design company he runs. Really, I think he is Legerdemain Art. As an example of his work, just study the album cover for To The Concrete Drifts. The image is dark, provocative, not necessarily evil, but certainly unsettling, angular, complex, and magnetically engaging. In the two years since I connected with Brian when I saw Fell Ruin live in Detroit, I have seen much of his work come through my Facebook feed. It is universally exceptional. Fell Ruin is very much an auditory reflection of this visual art. This is not to say that the this project is just him. I am just struck by the similarities between the two. In addition to Sheehan’s versatile vocals, Fell Ruin includes Rob Radtke on guitar, August Krueger on drums, and Jeff McMullen on bass. Krueger’s drums sound sparse and ethereal on the album, but still pierce through like a fissure in granite. The effect is due to production choices as he blasts with the best of them and uses his fills and even rests to add appropriate nuance to the whole. McMullen’s bass is the aforementioned granite, strong and steady, anchoring the whole that might otherwise teeter off the brink into heady nonsense. Radtke uses his guitar riffs the way Dexter used his knives, filleting all in his path.

In the final analysis, To The Concrete Drifts is a feral, angular masterpiece, capable of both shredding and bludgeoning, and so full of left turns that the listener is completely disoriented. The best solution is to just give in to the ride. Take your time with this album. It’s not one to listen to in the background. Fell Ruin demands your attention with this release. In all it’s complexity, it is still a remarkably cohesive listen. It just requires patience to understand the vision.

Recommendation:  Initially an album that I didn’t quite get, To The Concrete Drifts has grown on me immeasurably. Better with each focused listen.