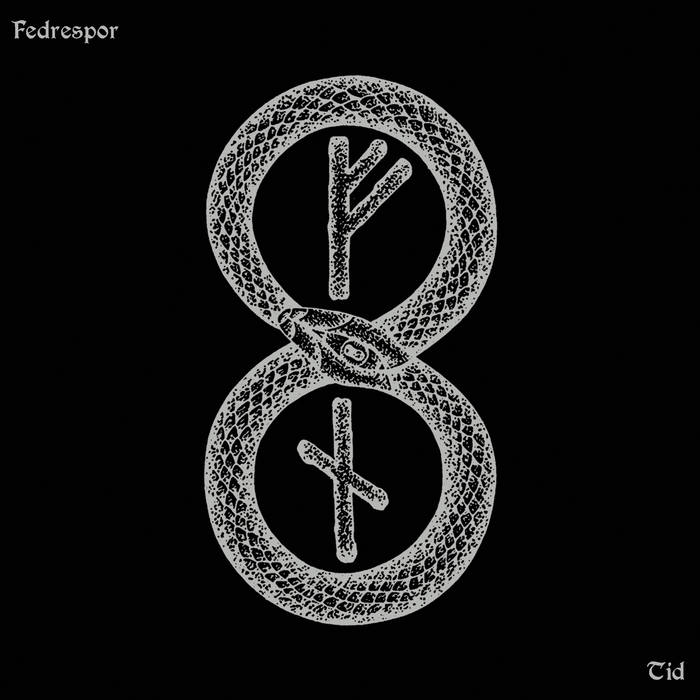 Crafted from the result of a devastating loss, Tid is an album that is both achingly beautiful and undeniably mesmerizing. Comprised solely of Varg Torden Saastad, Fedrespor is a one man project that ensnares the listener with the tender plucking of layered acoustic guitars, the deep hum of unworldly synth progressions, and a horn that reverberates behind sorrowful wails. Tid was created as a response to the death of Saastad’s brother. The product of his unbearable pain and grief is an album that is thought-provoking, wonderfully crisp in sound, and very much alive with its inclusion of chirping birds and subtle rainfall, a nod to nature and to life.

The toll of a bell begins the process of reflection. An introduction to Saastad’s laments starts with the opening track Ginnungagap. Sounds of a synthesizer are left to hang in the air until met with the gruff voice of Saastad. Despite not having a proper grasp of the language being used, the lyrics can still be strongly felt. Though the idea of this album springs from feelings of deep sorrow, these songs are more contemplative than they are sad. Many of the songs found on this album are delicate, light, and dreamlike, but the feelings they evoke go much deeper than that. This is music that begs you to just sit still and become lost within your thoughts, as well as the percussive soundscape that Fedrespor has created.

The album’s cover depicts Ouroboros, a symbol to represent the unending cycle of creation and destruction. From the death of Saastad’s brother came this album, full of life.

Recommendation: If you are someone who enjoys getting lost in thought, then I advise you do so to this album.