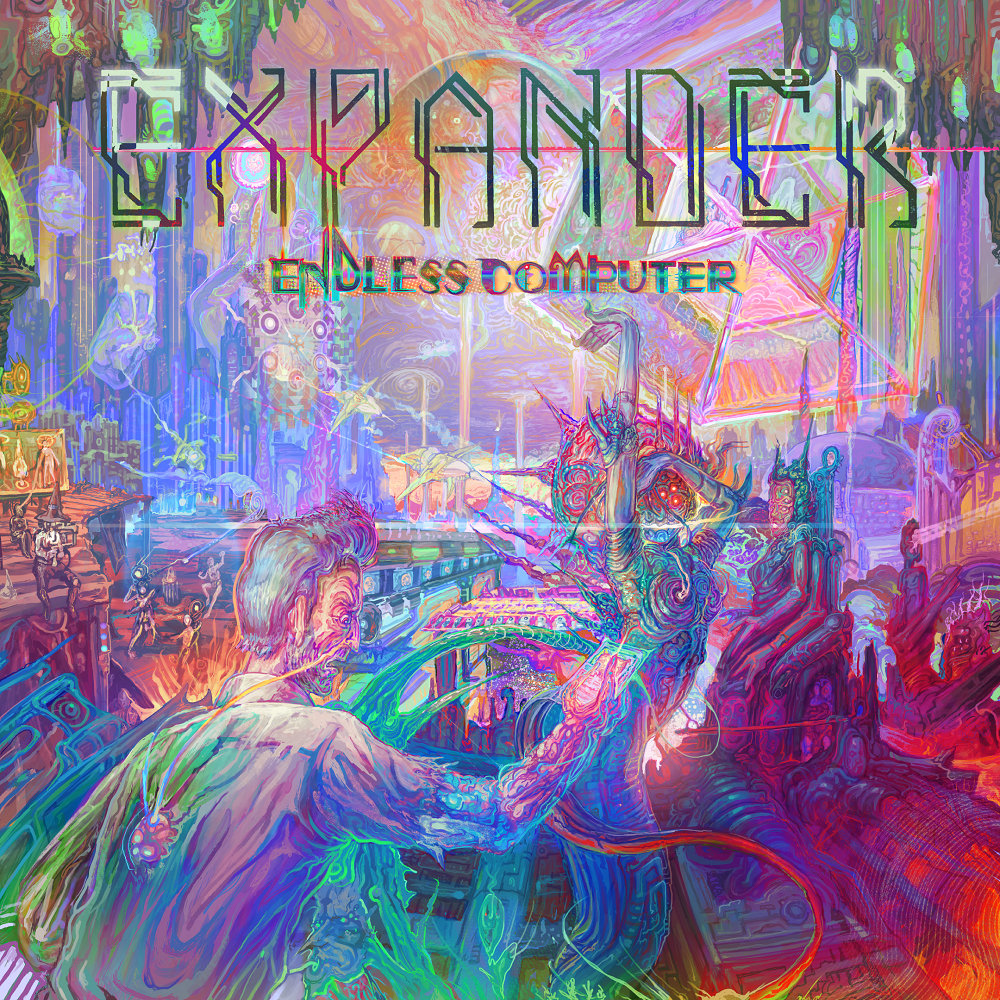 Expander formed in Texas back in 2014, and they bill themselves as being from the city of Austin. They are often called Crossover/Thrash, but the band themselves like to call what they do NeuroPunk, as they do seem to have a sound if their own. They released two back to back EPs in 2015, “The Laws of Power” and the self titled “Expander”, where they began to start culminating their sound.

2017 brings the coming of Expander’s first full length album through Nuclear War Now! Productions, a ten track concept album called Endless Computer. It invades your mind with the concept of a shapeless cosmic entity representing the pinnacle of technological advancement and seeking to take control of all atomic matter in the universe. With lyrical themes like landscapes of the future, evolution, devices of control, and intergalactic warfare, it’s hard to not stay interested. Following the traditions of many thrash and punk forefathers, the guitar riffs are in your face. There’s no room for error. And they have to be without a bassist as they don’t have one. Due to that I feel like the mixing could feel a bit light at times in that area. Pushing the boundaries of thrash and punk, this album is set to annihilate. It spans the genres of punk and metal with little class.