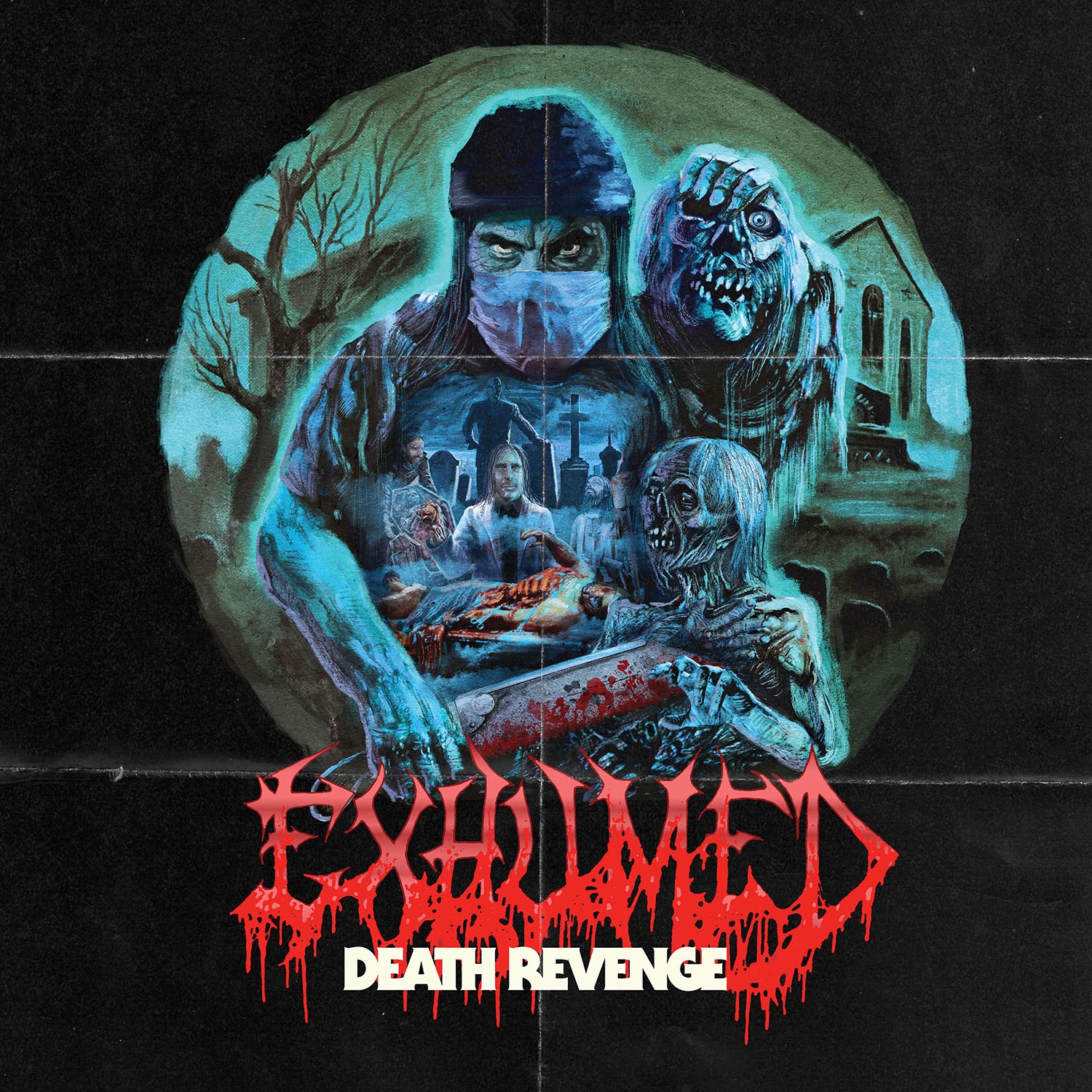 Sit, dear reader, for I am about to tell you a tale. A tale of wonder over diversity. A tale of mystery. A tale of never giving up. Mostly a tale of complete crap, but anyway a tale it shall be, so sit the fuck down, grab the beverage of your choice and read on.

Apparently, as told to me by a very reliable source back in the early 90’s, San Jose, California had a spate of grave robberies that had the local authorities completely baffled. Whole corpses had been dug up from the cemetery, but no evidence could be found as to whom the perpetrators were so eventually the case was closed. Rotten corpses couldn’t do much harm anyway, so the Police just thought, ‘Fuck it. Let’s deal with more pressing matters.’

Across town a new band had just happened to have their first gig, calling themselves “Exhumed”, and people were excited. Who are these new upstarts that refer to themselves as “Gore Metal”? Will they be any good? It turned out that they were in fact rather good, although anyone that went near them often said they reeked of soil and mahogany. For many years the people where appeased. And life went on. The graves from which the bodies had been dug remained sealed and labeled as cursed, therefore left pretty much alone, apart from the worms that toiled the soil and the odd rat scurrying around looking for food,

Hasten we must to the young 21st Century in all its glory, 2005 according to my source (who was hardly ever wrong on most things may I say), and another development ensued, leaving the local authorities again in dismay. The graves that had been left for so long that they were covered in weeds and passed over by most were suddenly filled again, neat as the day the buried where first interred. Names slightly blurred over time on their tombstones. Did anyone bother to look at their names? One person did.

My Source would often roam that cemetary. He is an odd chap, and he has always sworn that the names on the tombstones had always seemed to shift and change, and then one day he rang me out of nowhere to say it had happened again. 2010 I think it was, and someone had dug up the old graves again. In typical style as is my way, I thought nothing of it, instead choosing to read that a band I used to quite like had reformed. Times were indeed good again. The band delivered on every level that I had expected and seemed to have matured with time. I never heard from my source again. I hope he is okay.

So anyway, this band have put out an album about grave robbery, sort of like that film Burke and Hare, which coincidentally came out in the year of our lord 2010. It’s about grave robbery and such matters that would disgust the normal man, but that aside, is one very impressive piece of work. So good that I can almost forget the horror of this existence, and continue my search for old what’s his name, you know, that odd chap.

Recommendation : Can you dig this? Yes. You can.