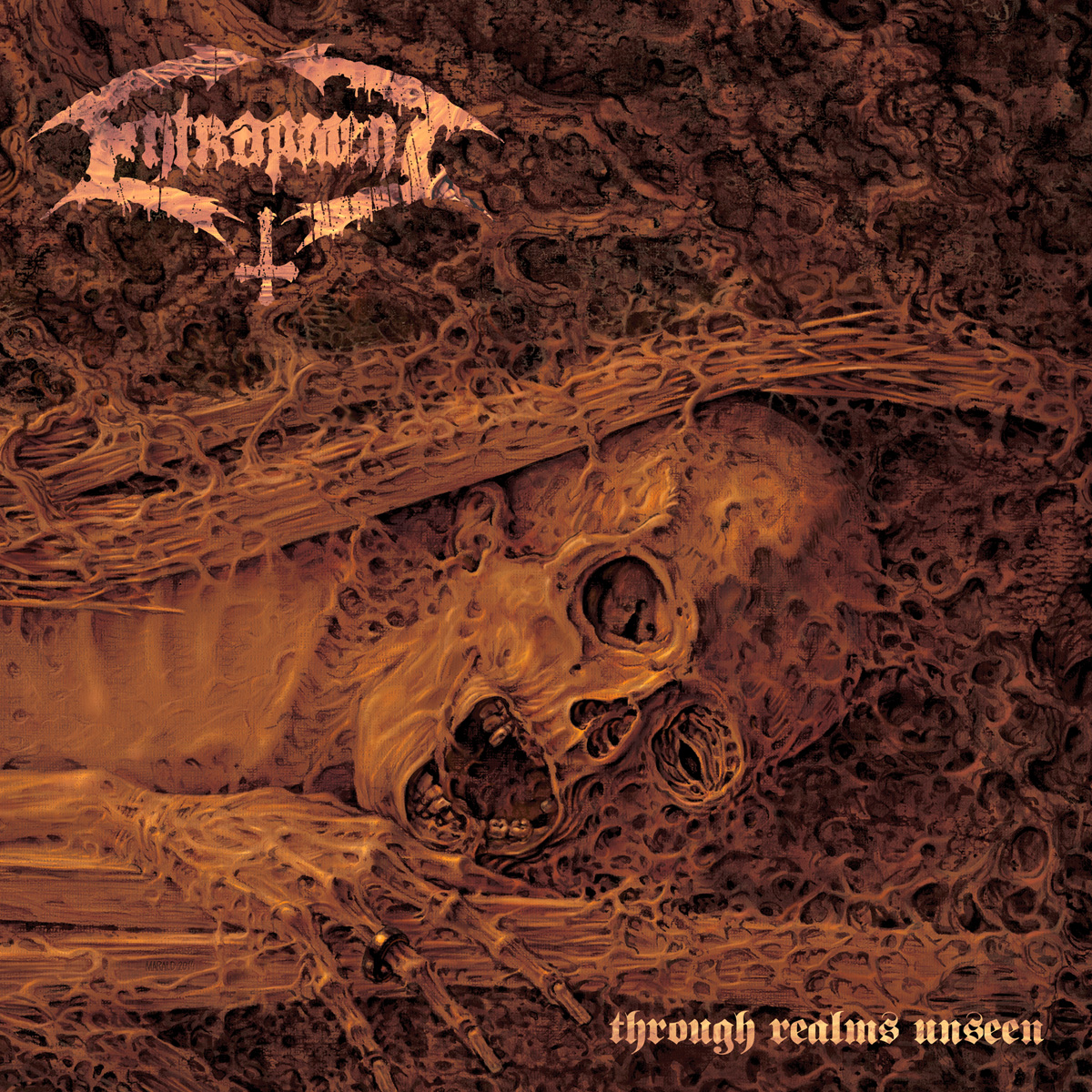 The deranged Dutchmen, known as Entrapment, formed back in 2009 in Groningen, Netherlands. These death metal maniacs have a ton of music out too. In 2012, they released a compilation of all the demos they recorded between 2010 through 2011. 2012 also brought their first full length album release in The Obscurity Within. That was followed up by an amazing record in Lamentations of the Flesh.

November 25, 2016 brought the release of their third full length album, and the topic of this review, Through Realms Unseen. Right away you notice they stay true to their dark sound in the previous albums. It’s accompanied by the grotesque album artwork from Marald Van Haasteren (Boltthrower, Wolfbrigade, and High On Fire.), which gives off the brutal vibe you’re looking for in new death metal. It was recorded, mixed, and mastered by JB Van Der Wal (Ex-Aborted, Ex-Leaves Eyes, Ex-Atrocity). All of this out of Pulverized Records in Singapore. Now we are seeing a special vinyl release through Doomentia Records. This is an absolute shit storm of metal, so be prepared for chaos. It has that crusty, old death metal, mean sound. Eleven tracks of pure groove and bass chunkiness with riffage to the max. There are even some surprise psychedelics, though I feel it’s still a bit toned down from the last album. It almost comes off as alt hard rock sometimes. But the riffs are quality with dual guitars and plenty of solos and huge, clear production quality making it an overall just better produced album. Overall, I feel it’s still a bit of a letdown following up their last album.