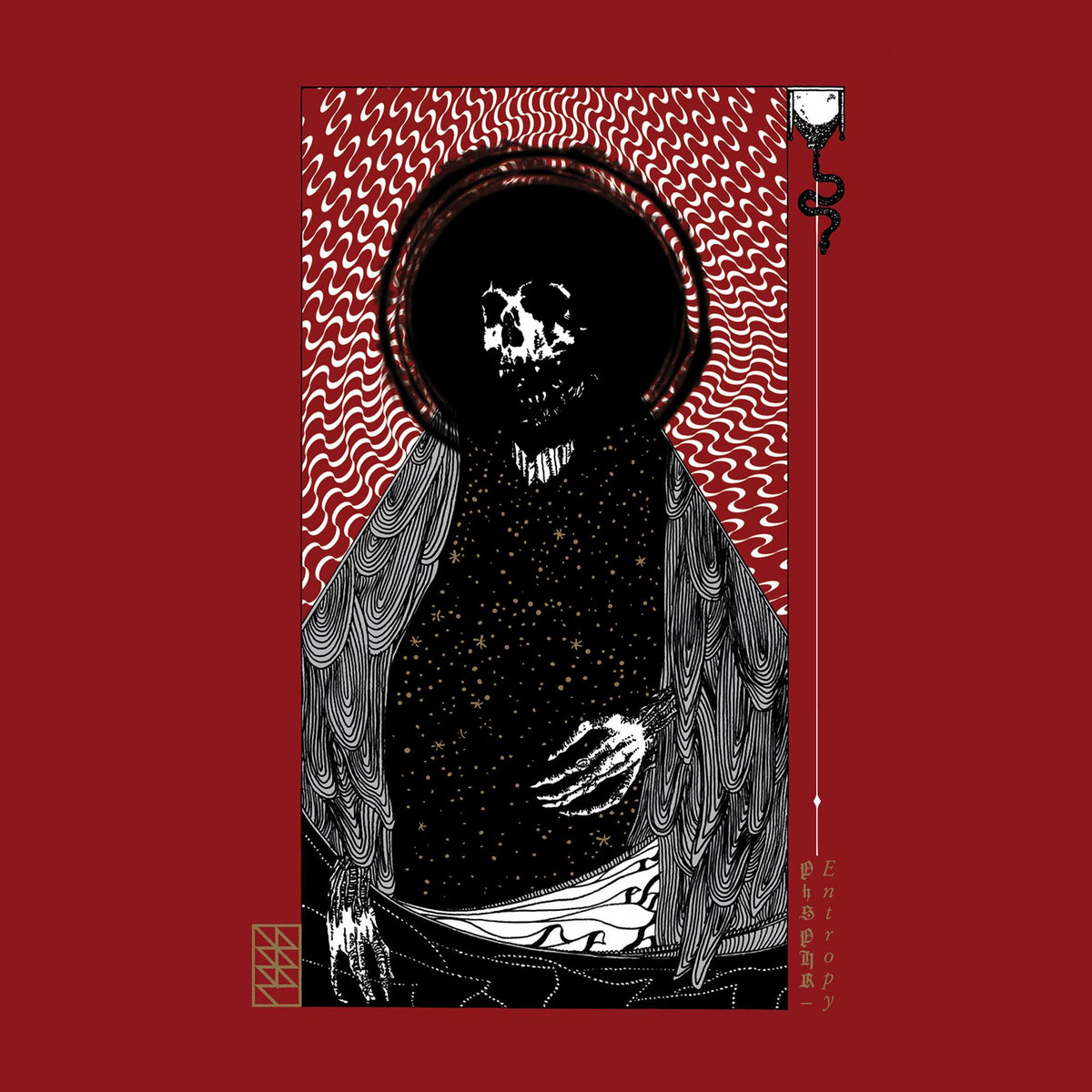 PhSPHR Entropy is the sound of misery gone violent. Waves of anger and hatred are called forth by the music presented herein. Bleakness and destruction are densely packed into each riff, each drum beat, each anguished howl, each utterance of doom. Every moment is pain turned first inward to blast the core of your own being, then ripped outward to shred all around. Listening to this debut release from DSKNT is not a pleasant experience, not even a cathartic one, but it may be a necessity. The depths of the darkness are fully delved, revealing the madness inherent in all we do.

Not much is known about DSKNT. Metal Archives lists Asknt as ‘Everything’ and Deus Mortuus as ‘Vocals’. The identity of these two individuals is unknown beyond that. What I do know, is what I hear. Drums are chaoticly relentless. Guitars provide wave after wave of raw, feedback-laden, blackened riffs. Vocals are low (for black metal) and anguished howls of red hot hatred. Through it all, a strain of nasty, harsh noise weaves belligerently. The depths of nightmares are plumbed to find the visual template upon which this sonic blasphemy is drawn.

Just a debut album, PhSPHR Entropy shows immense promise for this young project. If the initial release is this good, one can only wonder what monstrosity will come next. The album very nearly ended up on my year end list, and perhaps should have been there. Time will tell how well it holds up in comparison to the rest of the class of 2017. For now, it’s a bucket of vipers dumped in the tub with you.