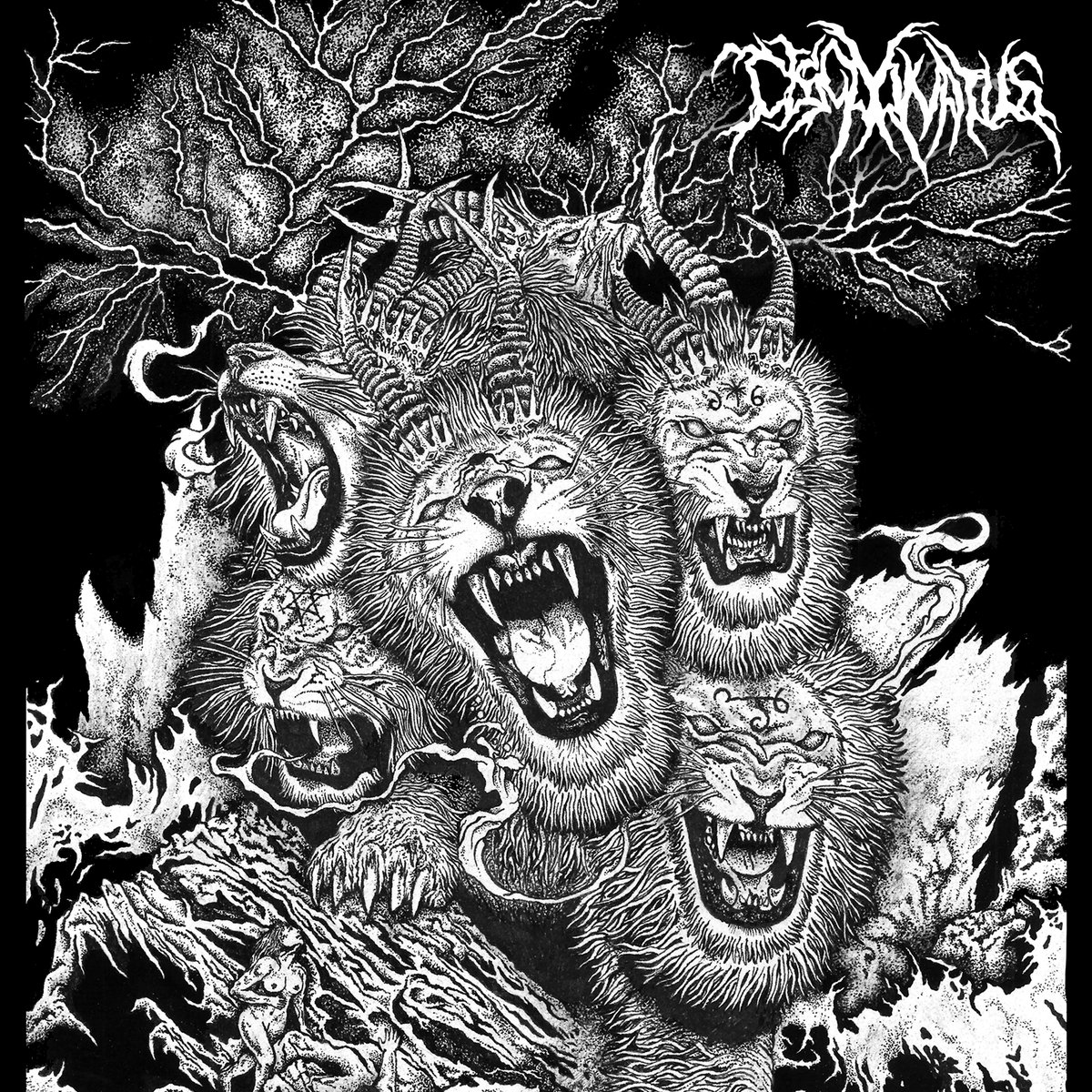 One of the legends surrounding the myth of Dracula is that he had the ability, within a limited range, to compel his victims. Something akin to hypnosis occurred, such that they were unable to escape his grasp, and in fact, could be made to do his bidding. I’m not really comparing Discarnatus to Dracula, as they are significantly more vile and vicious. Let’s face it. The Dracula myth is really caught up in Romanticism. There is no strain of that in Death and Depravity. However, this ability to compel the listener is very much present on this nearly twenty-six minute release. I find myself taken out of time and drawn into the particular corner of the void inhabited by this eight legged monster.

Composed of Monte, Rusty, Adam, and Jordhammer, Discarnatus have been slithering through the Grand Rapids, MI underground for a couple years now. Monte on bass and Rusty on drums excavate your soul with the relentless power of their rhythms and then serve it up for destruction to their band mates. Adam is responsible for the filthy riffs that worm through your being, vibrating, twisting and turning, and ultimately consuming your psyche with his vicious blend tremolo and death riffing. Jordhammer, a magnetic frontman to watch live, spews his vile lyrics with all the foul, wet stench of some sort of amphibious demon brought forth from the swamps of hell.

A year ago, I was pretty high on prior release Awakened Through Pain, and I still am. I do think that Death and Depravity is a significant evolution for the band. This release is meant to be consumed at one sitting. Though it is broken into five tracks, that is just for the convenience of the listener. They are really five parts of the one composition. Death and Depravity is much more organic, much more a living thing. While the prior is an excellent album, a dark collection of tracks, this latest has a malevolent life of it’s own.

Recommendation:  Let Death and Depravity get you in it’s grasp.