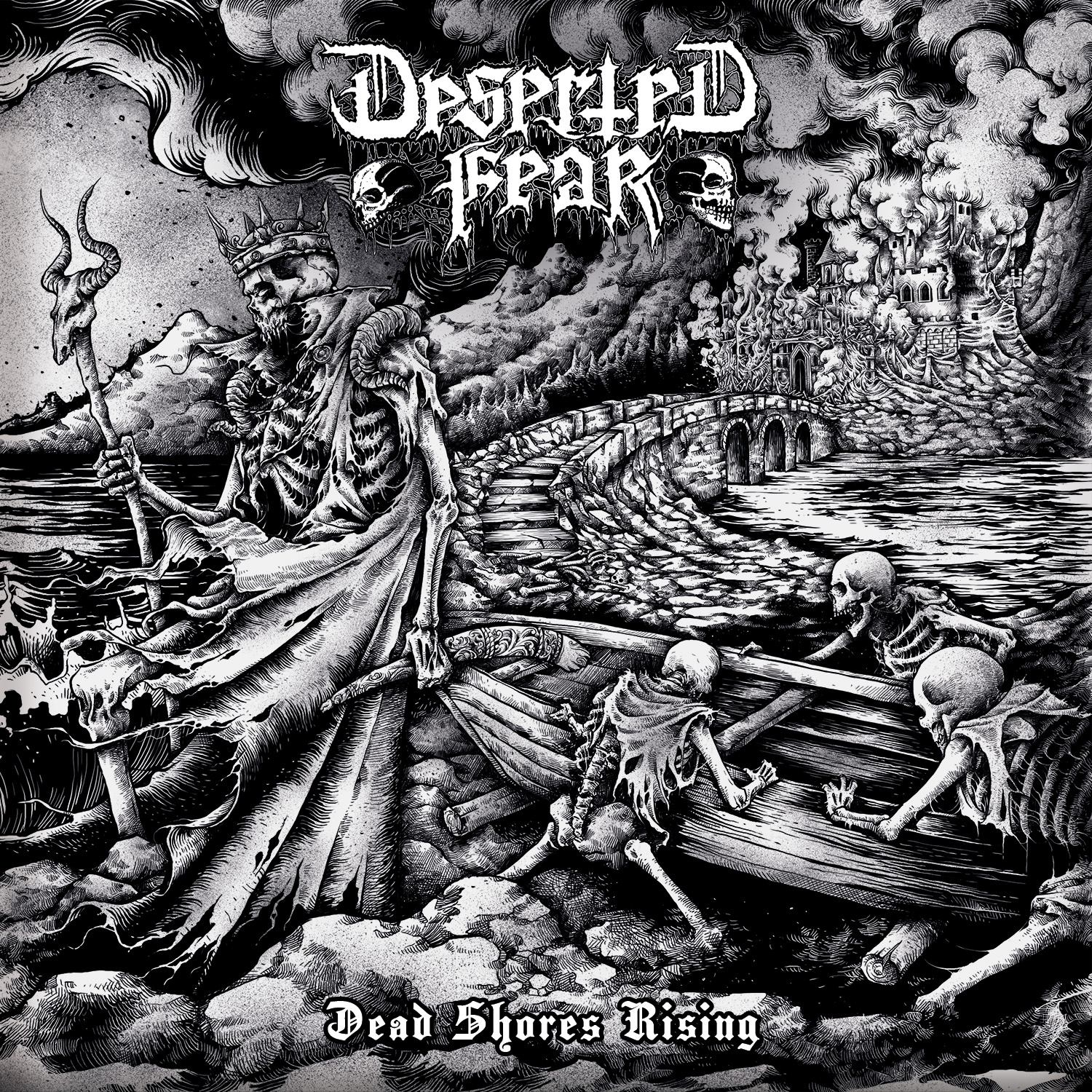 Let’s be honest with each other for a moment.  There are hundreds of death metal bands out there these days.  Too many actually. The majority of them sound good, but relative to each other, they tend to sound the same.  If you deviate from the death metal recipe too much, you have something other than death metal.  So how does a band rise from the glut of good to stand out as great?  Write great songs with memorable riffs.  So, has Deserted Fear accomplished this on their third full length?

The album starts with an ominous symphonic intro reminiscent of a film score.  First song “The Fall of Leaden Skies” jumps out with a quick pace, and gets right down to business.  The opening riffs are heavy and melodic.  Once the vocals begin you are met with a hardcore-tinged death bark that feels like an intense interrogation.  Lyrics rain down on you like broken glass and almost never let up to allow the rest of the music breathe.  On most of the songs, the vocals are beating on your ears within 20 seconds.

Guitar solos are short, melodic and blend into the rest of the song.  Sometimes they are so subtle you don’t realize you heard them. Lots of harmonized melody and no fret board aerobics to be found.  The riffs are simple but effectively heavy.  No new ground is broken here.  Deserted Fear appear content to drive the in the same wheel ruts that Amon Amarth and Dark Tranquillity did 10 years ago.

The drumming is well executed but has a hard time outshining the vocals in the mix.  There are some good fills and cymbal tricks when the bridge riffs take over, but those moments don’t last long.  Oh, and bass guitar?  Never mind that.  You won’t hear any.  It’s either so heavily distorted that it blends into the guitar tone or not there at all.

By now you must know the answer to the question posed above.  Deserted Fear have made a good album by accepted death metal standards.  It is heavy and brutal and leans towards the melodic side of the spectrum.  However there is no musical risk taken on Dead Shores Rising that would make it stand out from the rest of the pack.