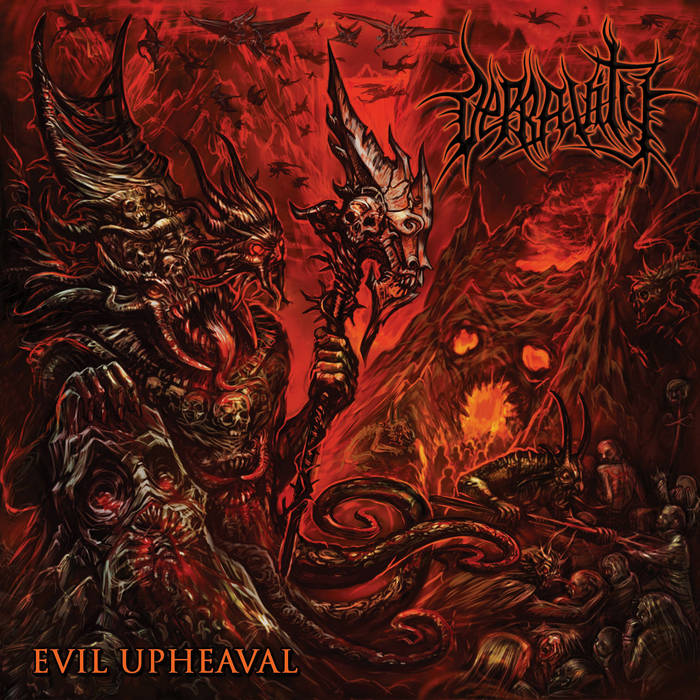 Depravity from Perth, Australia are a force to reckon with their new absolute banger of an album, Evil Upheaval. This whirlwind of an album should appeal to most death metal listeners with their wide range, variation and catchy songs. With raw riffage, fantastic production and excellent musicianship, the album is the musical equivalent of being slammed in an exotic muscle car. It seems that the band has left no stone unturned to create a perfect album. It is full of memorable riffs and grooves to fulfil the wildest modern death metal needs. To complete the package, the album features solid artwork from Alex Tartsus. With this, album band deserves to be mentioned as one of the modern death metal greats and certainly is one of the highlights of the booming Aussie death metal scene.

The band sounds like Morbid Angel on extremely potent steroids and remind of the great Hour of Penance with their relentless approach. Depravity have created their own brand of crushing and pulverizing death metal with a fantastic evil atmosphere. This is a band well suited to carry on the legacy of purely awesome death metal in the vein of some of the greats. The members are firing on all cannons and stay consistently at a high standard throughout the album. The album is chock full of massive riffs, with the instruments grooving like a massive earthquake under the excellent roaring vocals by Jamie Kay. The band packs a punch with a flawless death metal formula and adds a flavour of blackened death metal and head-splitting brutal death metal. They will pull you in and spit you out after grinding you in their mean death metal machine.

For a new listener, I would recommend the title track “Evil Upheaval” to get excited about the rest of the album. Although I found it hard to choose a favourite track I finally decided to choose “Victimizer” thanks to the massive breakdown in the middle of the song, along with its gigantic techy riffs and emotional dark atmospheres. The album closes with “Vile Defloration”, an absolute roller coaster of a song.

An album which will be getting many listens over the years and I can find nothing to find a fault in, except that it can feel a bit stale and monotonous after some plays.

Recommendation: A must have album for sure