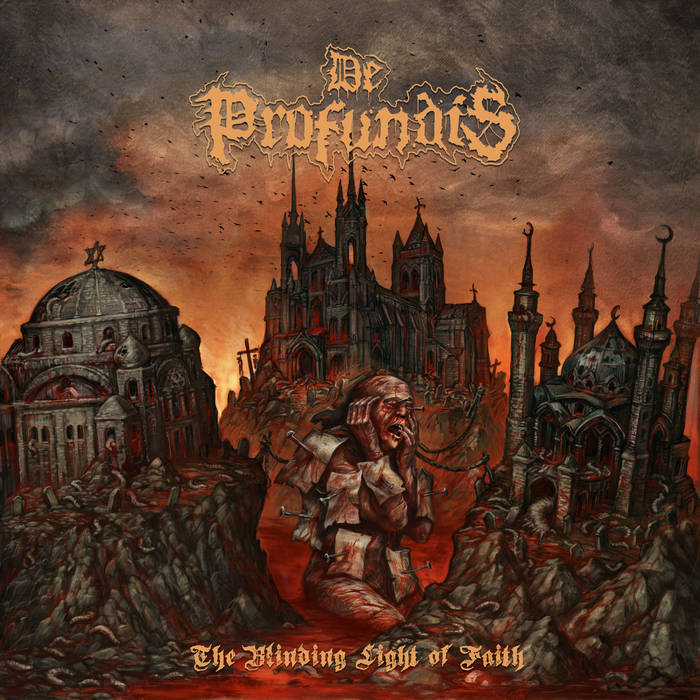 Album – The Blinding Light of Faith

It took slightly over ten seconds for me to fall in love with this album. To be precise, about halfway through the eleventh second, one of my favorite riffs ever starts during the opening track, Obsidian Spires. While that riff makes this my favorite track on the album, there is a lot to love throughout. There is not, in fact, a weak track in sight. Only excellence piled upon excellence.With clear, even melodic tones and riffs overlayed on top of a muscular bottom end, De Profundis takes on religion in an aggressively beautiful fashion.

The Great Mackintosh also had to comment on this one, so let us hear his insufferable bleating shall we.

To concur with my fellow writer, colleague, and oft knowledgeable old friend Hayduke, this album is the shit. So much so that, had we lived in the same country, it would have been Pistols at Dawn as to who got to review it. Unfortunately, he is as far removed from me as this album is from being mediocre… haha.

Yep, two point eight seconds from the minute it opens, you are fucked. My God (or yours, I care not), this is just absolutely going to be one of the highlights of the year. ‘War Be Upon Him’ may have a slight hint of Death (the band, the one with Chuck in it) about it, then they pull off the hook of the century and make you think otherwise. Listen ye shall, for it only gets better.

Without dissecting this fine corpse like some sort of demented coronial wannabe,‘Martyrs’ is another fucking cracker, the opening speech may offend some, but the main beast itself stands tall and proud. Why do people have to be so stupid? Yet again, I care not. There is not one song on this album that does not deserve your attention. They have achieved what so many cannot with an album, the ability to want to hear it over and over again.

So heavy, so full of fat juicy riffs, jaw dropping bass lines and drumming perfection. This is the perfect Death Metal album. Yes you may argue with me as to the finer points of others, and yes, I may agree to some of your words, but overall from go to whoa this is the finest kick in the seat of the pants that you will ever endure.

Album of the year? So much great shit already, but it will be flying high the whole way through, have no doubt about that. I haven’t given out too many perfect scores this year, but this is one of them..

Recommendation: do you need one? JUST FUCKING GET ON IT!!