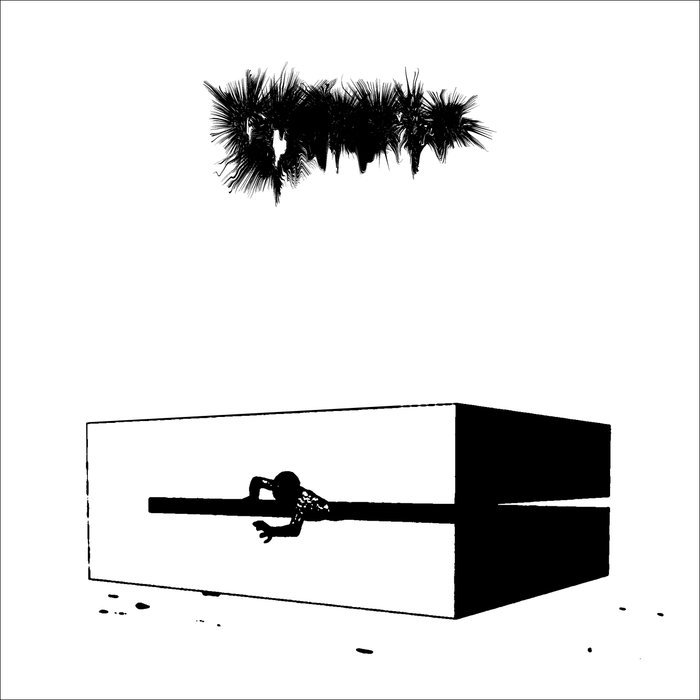 Long story short, Hayduke handed me this one on a silver platter. He could probably have done it much more justice, but now it will get the Great Mackintosh treatment. Unfortunately for you, this will require two different explanations.

So talking to Hayduke, I said, ‘Man that’s some Brutal Raw shit!’, and he said ‘Just the way I like it!’ So I said ‘I can see some Voivod in some of this’ and he said ‘ I love Voivod because I am a Canadian and they inspire me to be more discordant and abrasive’. I said ‘What the fuck, I don’t even know where Canada is!’

Nah, just kidding. He isn’t living In Canada, and I wouldn’t hold it against him if he was, for it is a lovely place apparently. Mind you Hayduke has an ear for the odd and the brilliant, and this would not be the first band he has thrown in my general direction that are fucking awesome. Cryptae sound like they just walked straight out of the primordial ooze and decided to show us what the fuck that sounded like.

For the old guard – Do you remember 2001 A Space Odyssey? This is the sound that was going through the ape’s head whilst it was first working out how to use a bone as a weapon. I’m gonna hit other bones with it he thinks, and then comes the lightbulb moment. Oh yeah, I know what to do with it! I’m going….

TO BEAT THE LIVING SHIT OUT OF ANOTHER BEING. Now to say this is surely the purpose of this album would be a gross understatement, and fuck me with the femur of an ape if it doesn’t succeed. It’s a beating you will take, and you will hopefully survive it.

For the new guard – Heavy, heavy, shit awaits you. Real heavy, fucked up shit that will probably make you run home to mummy. Stay the course. Get over the production values and find some good shit in here. If Death Metal is in your blood, this is the sound of where  it came from. Honestly, primordial swampy dirty filthy DM at it’s finest.

The Voivod reference? Well it isn’t exactly the same but it does have that similar  sense of urgency and utter chaos they delivered on their first few albums. Some of the riffs are just simply demented and don’t sit quite well in the ear until you can work your tiny little simian brain around them.

Yes Hayduke I agree, it should have been a longer album. I hope the band is listening.

Recommendation – Insert Ape noises here, no bones about this one.