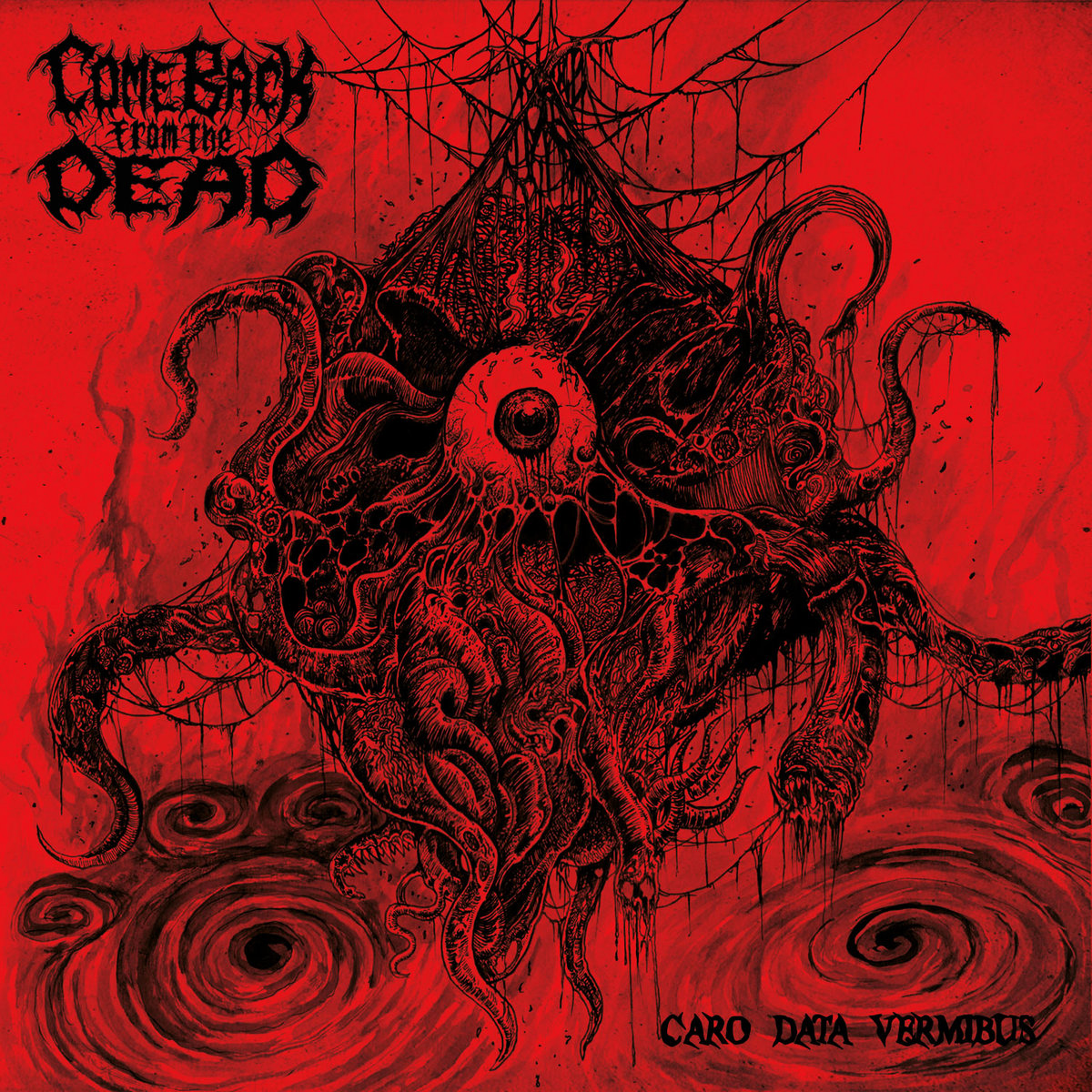 Come Back From The Dead – Caro Data Vermibus

Band – Come Back From The Dead

Hailing from Spain, Come Back From The Dead comes from a long tradition of bands playing old school death metal. After a demo in 2013 and a full length in 2014, the band is now back with an EP for us to snack on while they set up for their next full length. The spread they lay before us is all meat and potatoes. There isn’t much in the way of frills and that’s alright. These four thick slabs of blue rare (not quite raw, you see) death metal flesh are meant for those with a hearty appetite for brutality of the time tested variety. I find each hard to believe, at the end of each listen, that Caro Data Vermibus (which, incidentally is latin for carrion or flesh given to the worms and the origin of the word cadaver) is only about sixteen minutes long. The EP is too full to leave you feeling empty.

Now a little about the players in this drama of decay. Starting up front, we have Paul on vocals. Eschewing a gurgly growl or any of the more typical death styles, he instead gives us a venomous roaring yell which wouldn’t seem out of place at the front of a hardcore band. Handling axe duties, we have Hector and Miguel who chop away at your soul with their heavy riffing. Often slow burning, and definitely bleeding some raw reverb, the duo do occasionally play a bit on the fretboard, though there are no extended solos. Bottom end strings are taken care of by Iago. His work on the bass could cut through granite like a river. Persistent and powerful, his riffing hammers its way through you to clear a path for all the rest of the nasty by his bandmates. Finally, holding it all down on drums, Marcos anchors the band with his meat and potatoes rhythms, rock solid in execution.

So, what delicacies find their way onto this menu? The first and most essential ingredient here is rage. Even the cover art looks angry. This is not the anger that provides a  quick death, though. No, this is the methodical anger of someone who feels they are serving the cause of justice by methodically hunting you down and just as methodically flaying every inch of flesh from your bone. This is the righteous anger of vengeance. Take note. This quintet is not to be trifled with.