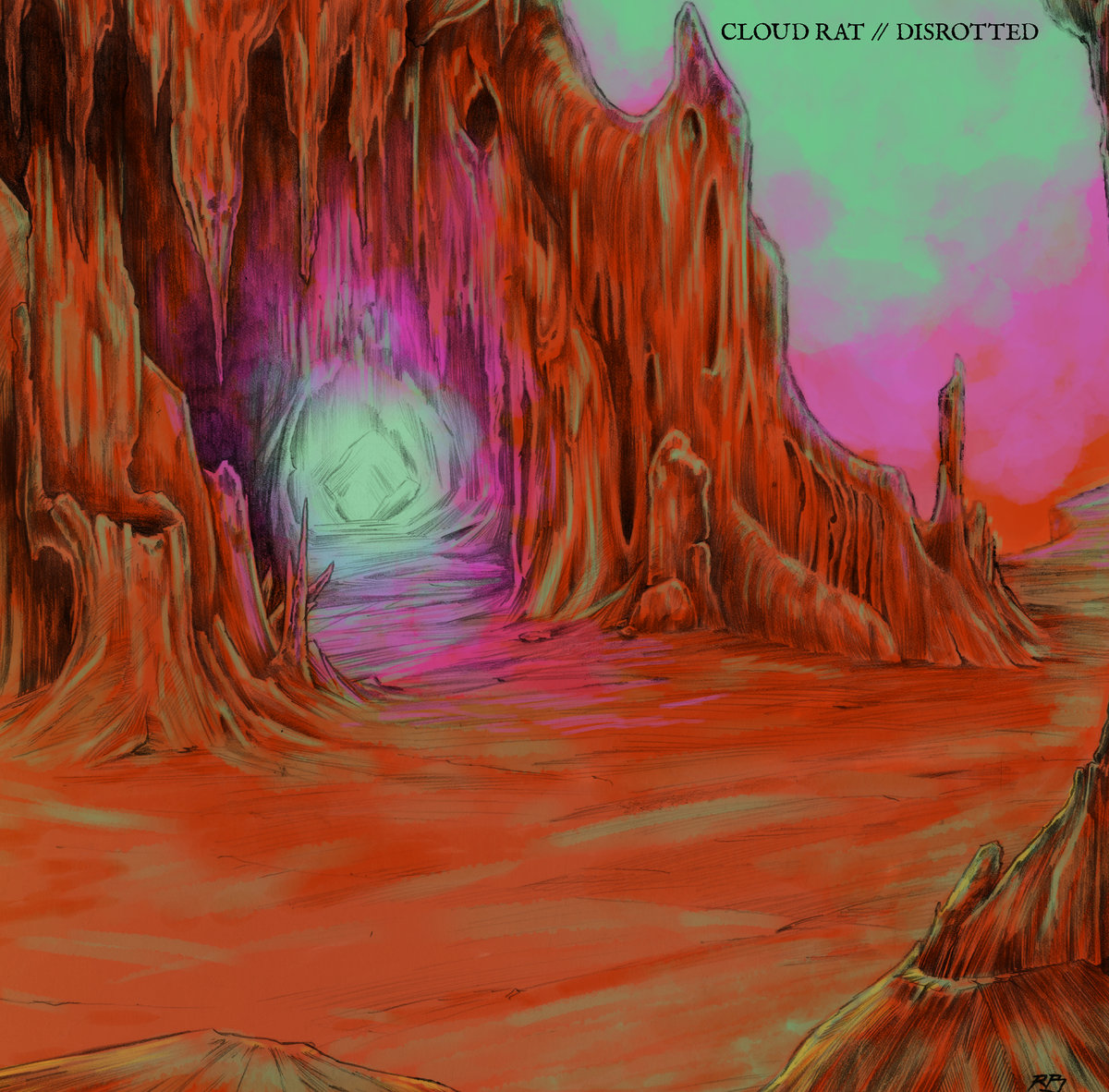 I, admittedly, have been putting this one off, because it is hard to know where to start. Holding the Picture, the lone Cloud Rat track on this superlative split, is nearly nineteen minutes long. If you had told me a year ago that they would have a nine minute track, much less a nineteen minute track, I would not have believed you. An exceptional grindcore band, though with many other influences present, Cloud Rat typically keeps songs well under three minutes. So, how to think and write about this thing has been escaping me for awhile. I guess I can start by saying that it is my favorite and most listened to Cloud Rat track. Period. The trio take the exceptional energy, intensity, passion, and righteous anger that they normally power pack into two minutes and stretch it to 18:44. They do this without losing one iota of the power they deliver in their jabs (tracks) found on other albums. They do this, in fact, in such a way as to augment their power. Madison gets to stretch her vocal style beyond frantic yells into burning rage. Rorik gets to stretch out the sludge/doom riffs he loves, letting them breath their energy into the listener. Layers of other elements build up, likely at the hands of drummer/noise merchant Brandon, who also gets to show he can do more than just blast. He can, in fact, choose just the right tempos, just the right fills for this dynamic journey through the wasted abyss. The biggest question I have is, how do they ever top this?

And then there’s the Disrotted side of the split. The Chicago based trio channel primordial forces like no other band. Though their sole weaponry consists of one guitar, one drum kit, and one set of lungs and vocal chords, they are the heaviest band I’ve ever heard. If other bands are glacier heavy, then Disrotted is Ice Age heavy. They don’t rush through their songs – they are in fact slower than funeral doom – but they don’t need to. They have mastered the art of imbuing each moment with an emotional heaviness, then letting that moment breath into infinity. The fact that there is eventually another chord, another stroke of the drumstick, another bilious release of venom into a microphone doesn’t stop the prior note from resonating. Rather it adds another layer. Listening to, truly listening so you can hear Disrotted requires patience, no doubt. The task is not an easy one. It took my ears trained to more frenetic paces some time to grasp the dark majesty of the band. Once you do, you will never be the same. As they play, they expose the darkness both within and without, allowing it to be drawn forth as you are drawn in. The result is ultimately cathartic. Ultimately, they let the darkness Dissipate. I’ll stop here, though I have much more to say about this band. In the works, at some as of yet undetermined time, I intend to publish a much longer piece on the band and the music they produce.

Recommendation:  Words will not suffice.