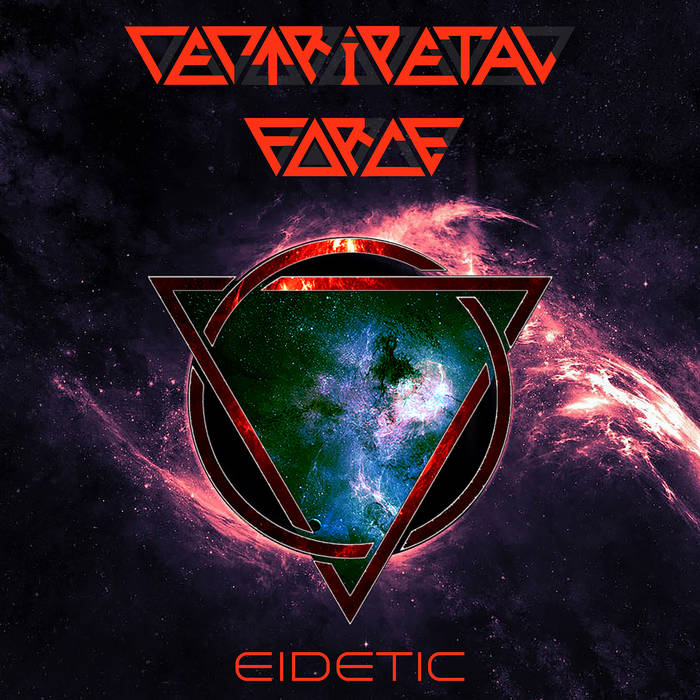 Stating the obvious, thrash as a genre has been around for over 20 years. It is the proverbial deceased equine. But no one involved in metal in any serious capacity can deny its recent resurgence in the past five years with bands like Power Trip gaining acclaim from both underground and mainstream media outlets for shamelessly flying the flag of no frills knuckle dragging thrash. And in December of this year another band will make what I predict to be an unprecedented play garnering the praise of thrashers far and wide.

That band is tech thrash trio Centripetal Force. Originally formed as a duo by guitarist Stefano Soraglia and drummer Andrea Carratta in 2010, the addition of vocalist John Knight of Synaptik rounded out the line-up. But you can read their bio in their bio. What you can’t do is find anything as refreshing and unique as their upcoming EP “Eidetic” .

The opener “Centripetal Force” is by far the strongest on the three song debut, galloping out of the gate with a circle pit cadence that transitions into an angular verse arrangement with Knight’s vocals (think prime Joey Belladonna but with more polish and range) alternatively soaring and snarling over the ever building soundscape. Unconventional song structure coupled with a deceptively catchy chorus had me wondering what was next in the best possible way.  Unfortunately, the two following tracks lack the cohesion and compositional intrigue offered in the title track and are essentially extrapolations on the singular elements that combined to make the first song so bracing

Ultimately, what we have here is a band with great ideas and huge ambition that, with time to tweak the execution thereof, can definitely have a say in the direction of the modern thrash movement.

Recommendation: Get acquainted and you’ll be glad you did. Especially when you can sneer at bandwagon posers once these guys inevitably blow up.