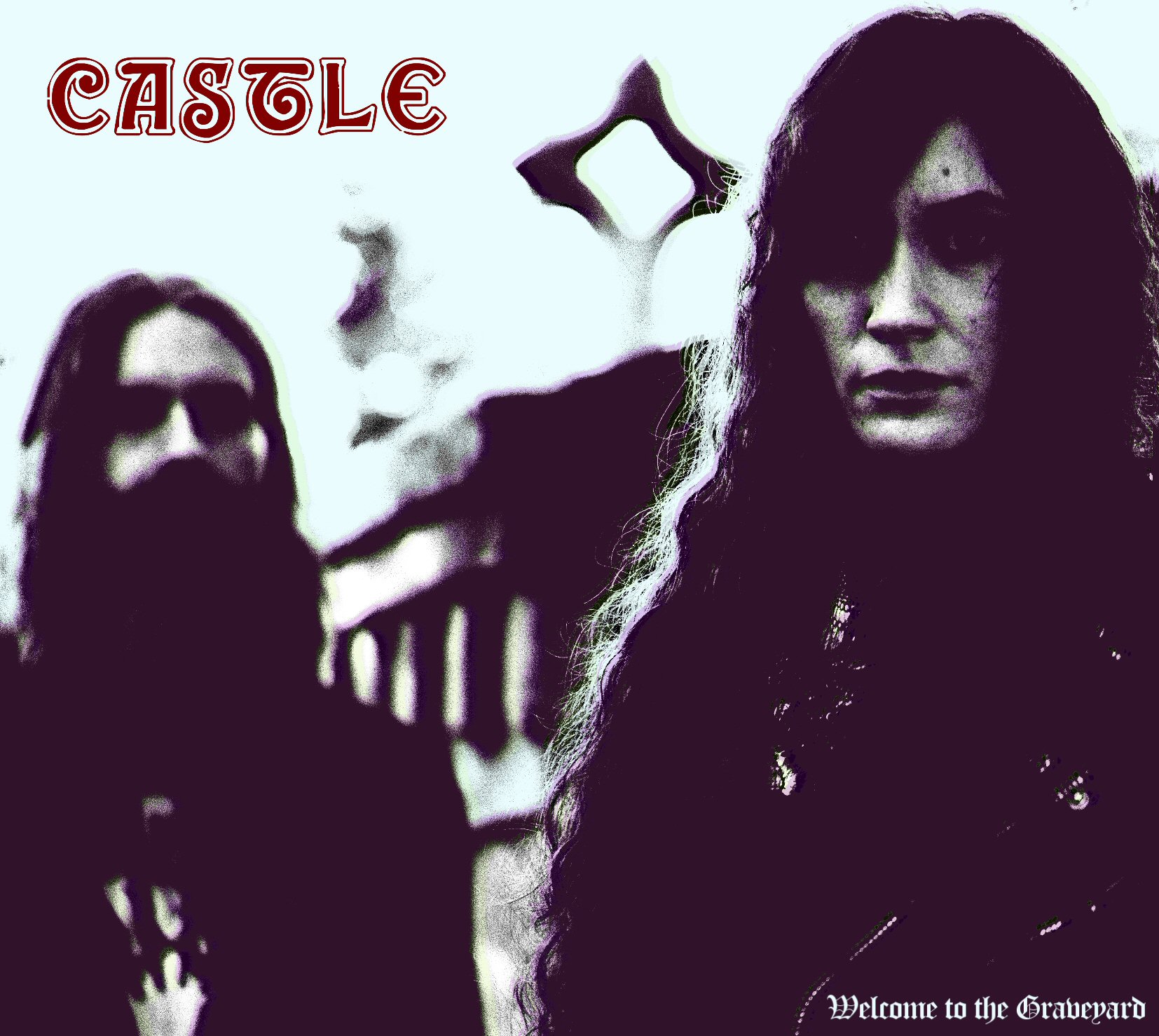 Castle – Welcome to the Graveyard

Album – Welcome to the Graveyard

Welcome to the Graveyard is an album that shows a battle for your life.  The heavy and doom tones given off by the album evoke both your rage and inner demon, and when these tones are accompanied by the occult lyrics of the band, you gain the beautiful imagery of demons dragging you to the depths.  The album is said to merge “doom-powered riffing with soaring 1970s rock.”  You can really feel the influence of the doom in each song, and their 1970’s rock with their solos and overall feel.

When speaking of the power riff abilities of Mat Davis, you can talk about the deep and dirge like tones that are apparent in many doom metal songs.  These power riffs are accompanied by the bass style of Elizabeth Blackwell, which gives more depth of doom in their songs.  Combined, you find a tangled weave of intense visions of being lead to the graveyard and what should be in the background of hell.  Mat not only brings the doom in the songs, but nods to many of the 1970’s metal influences.  The solos and other stylings are reminiscent of Iron Maiden, some Black Sabbath, and even early Slayer (I know that is 1980’s but you can still feel it).  Elizabeth has found a way to also incorporate the 1970’s bass while throwing her own doom-like flare into the mix.

On the drums, Al McCartney has a great mix of early rock trends and doom metal.  The crash of his cymbals and steady down beats create the processional for most of your entombment into the graveyard.  He mixes in the drum beats of 1970’s rock to complete a sound that is cohesive and adds to the ambiance of their doom label.

Elizabeth shows skill on the bass, but her real talent is in her voice.  Vocally, she reminds me of a siren, luring you in.  The difference is that she is not luring you to sea, but to your eternal damnation.  Her voice is quite enchanting and combines well with the occult lyrics. There are even times when there is a heavier presence in the background vocals that good contrast.  It is almost as if she has been possessed by a demon and it is speaking through her.  It is a great acquisition to the music and makes for a solid doom feeling album.

Overall, the album is very good.  It goes from being a heavy album with doom splashed here and there with riffs, to one that is doom oriented with the heavy elements in the background.  Give it a listen and tell me what you think.