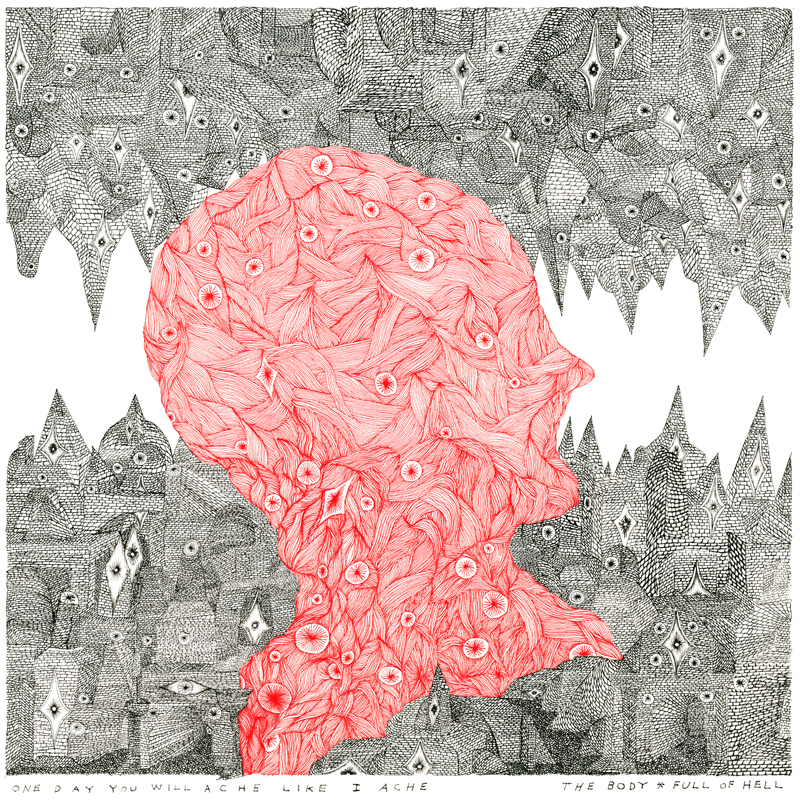 Band – The Body and Full of Hell

Album – One Day You Will Ache Like I Ache

I’m a little late getting this one up and I’m not sure that I can even say that I like the album.  What I can say with certainty is that it is one of the most compelling listens I’ve heard all year.  I keep putting it on, even though I sometimes feel like it is actually melting my brain.

First, a little background.  The Body is an experimental extreme metal and noise project that has been promoting the void since at least 2004.  I’ve met both the members and even interviewed drummer Lee Buford back in 2014 at the Gilead Fest.  They both seem like stand-up guys.  They create interestingly dark noises that I’ve never been much of a fan of, primarily due to Chip King’s vocal style.  He hits a level of shrieking that is pretty constant and quite ear piercing.  The effect is stunning at times, but I can’t listen for very long (though I do like the rest of what they are doing).

Full of Hell is a fairly new entity to me.  From what I can find, they are a 4-piece grindcore band from the east coast region of the United States.  In addition to multiple splits and EPs, this is their fourth full length and second collaborative work.  Their third album was a collaboration with Japanese project Merzbow.  I confess to not having heard any of their other work, so I can’t say what they sound like normally (if normally is even a thing for them).

As a collaborative project, One Day You Will Ache Like I Ache is a revelation.  King’s shrieks seem less overwhelming and are actually an important and necessary part to the project.  I believe this is due to the addition of a different, less piercing style by FOH vocalist Dylan Walker.  The album is much closer to an electronic noise project than either grind or sludge, the stated styles (according to Metal Archives) of the two individual bands.  Sometimes the noise is near pretty and others near unlistenable (in a good way).  The cover of The Butcher by Leonard Cohen is a near masterpiece in nihilism.  Overall, this album is important, compelling, and darkly necessary.  I expect it to continue to cause shivers down my spine for many more listens.