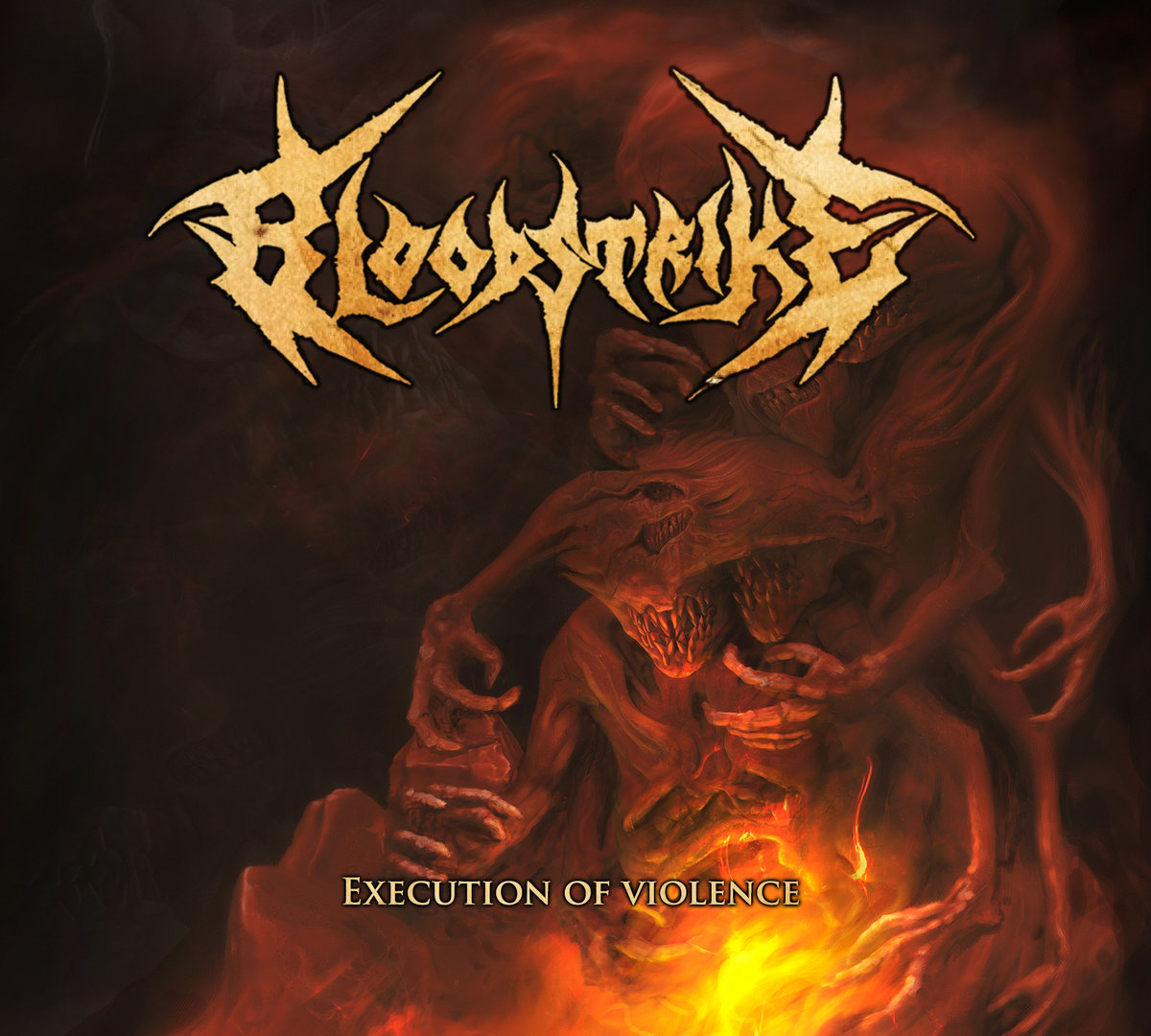 Bands generally fall into one of two categories. Either they clearly hero worship a style or even a band that has gone on before. We see, for example, modern bands that play the fuzzed out doom styles of Black Sabbath or bands that formed in 2015, but sound like they wish they were from 1994 Scandinavia. There is nothing wrong with this. As long as they play well, this is awesome they’re playing a style you like. Then there are bands that try to push the boundaries of what’s been done in order to create something new. Sometimes that’s amazing! MRTVI and Oathbreaker are a couple that come to mind for me. Others, not so much. Then, sometimes you have a rare band that creates something refreshingly new by creating a blend of the old. Hailing from Denver, Colorado, Bloodstrike are such a band. They play old school, HM-2 death metal, but do so in such a way as to clearly call to mind the crust legends that so much inspired the Swedeath scene in the first place. I can here a lot of Left Hand Path influence on Execution of Violence, but the band they most call to mind for me is classic Amebix, and that is an entirely good thing.

Formed in 2013, the quintet has boasted a stable line-up so far. The back end isn’t entirely buried in the mix, but it’s down enough so that it is more subliminal compared to the very in your face guitars and vocals. Said back end is Ryan Bloom ably hammering the drums and Rhiannon Wisniewski pouring forth the low, but thunderous rumble of the bass. Weaving together the HM-2 riffs, which literally buzz with dark energy, we have Joe Piker and Jeff Alexis. Finally, Holly Wedel hits us with her confrontational lyrical style that would make the Baron proud.

Execution of Violence is exceptionally well executed. They don’t just hammer away at retread old school riffs, but add flair and nuance in different ways. For example, I’m confident I hear some tremolo picking in Detest Humanity, which is brutal music to my ears. Unrelentingly dark, massively brutal, surprisingly beautiful, intensely engaging, and boldly unpretentious, Bloodstrike have created a surprise masterpiece that grows on me with each listen.

Recommendation:  My only question is how high will this one fly up my list by year end?