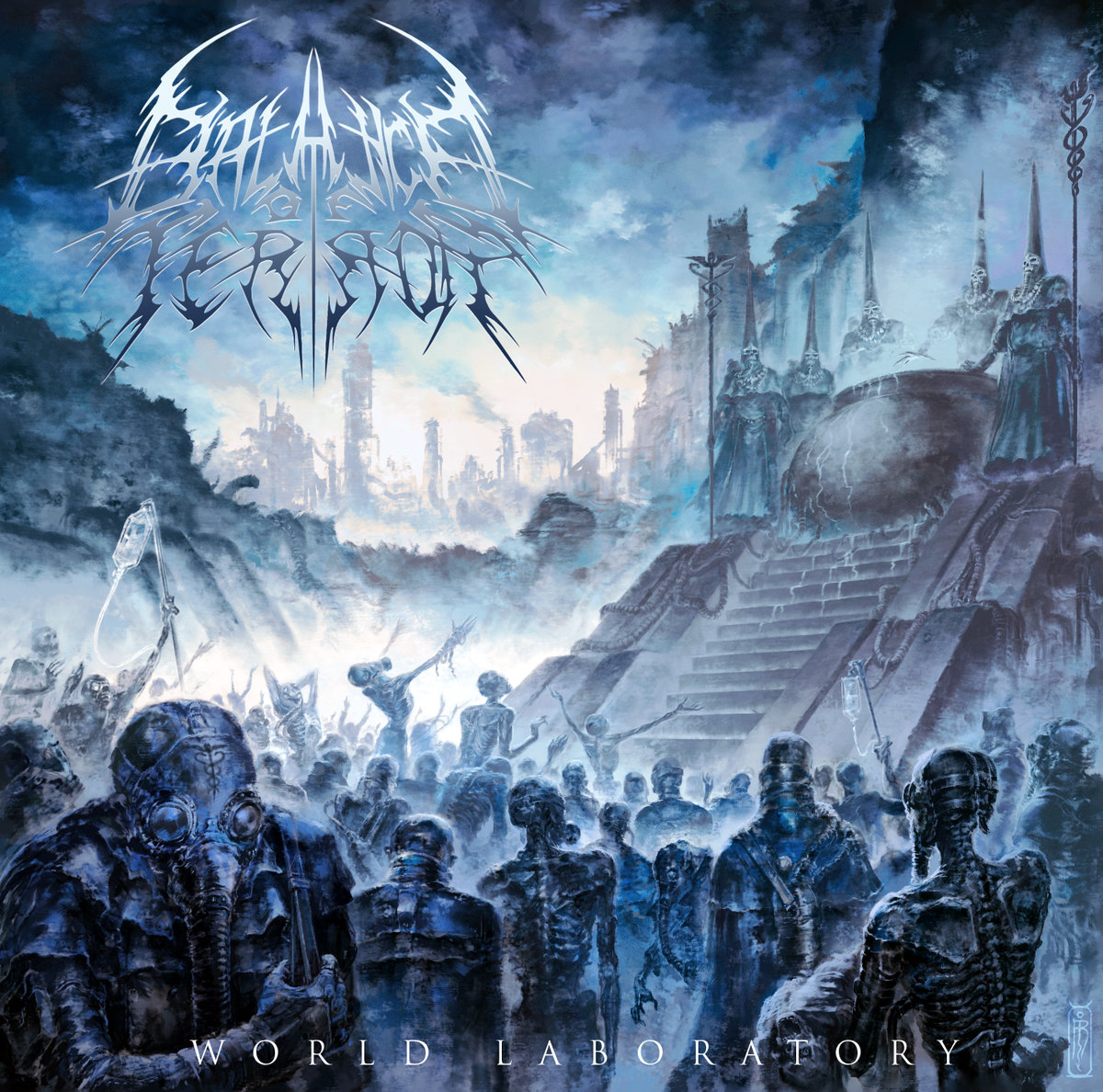 In my humble opinion, the greatest extreme metal band to ever walk the earth is Napalm Death. It is always a positive then, when a band references them in some way. Balance of Terror, from France, is such a band. Now, don’t get me wrong, this French quartet is not a Napalm Death clone. Far from it in fact. They have more death metal in their mix, and specifically brutal death metal at that, than most of the prolific catalog of the Brits. There is some aspect of how they blend different vocal styles, death and grind style riffs with both technicality and brutality, and social commentary that shows respect for the greats (not just Napalm Death either). You could say that they have learned the lessons of the masters well and then moved the music forward into this generation by creating their own style, which makes the album feel timeless.

So who are these guys? Let’s go back to front. Sitting on the stool behind the skins, we have Matthieu. He plays with brutal precision, equally comfortable with double bass brutality and insane blasting. On another note, the drums are at an absolutely perfect spot in the mix on this release for me. They are present and destructive, without overwhelming the larger picture. Next in line is Quentin on bass. Unlike the drums, I’d like to hear the bass slightly more. I think it’s a little low in the mix, to the point I find it hard to make out what he’s doing. Rhythmically, the tracks certainly move, so I would assume that he is there pushing momentum. Benoit handles guitar and the riffs are beautiful. Or rather, discordant and terrifying. In either case, that’s how I like them. They foment chaos. What more could you ask for? Vocals are the handy work of Flo. A huge problem I have with some death metal is uniformity of vocals. Flo dismisses this problem by managing at least four different styles throughout. He has an excellent death growl, nice and dry (which is how I like it), a style of yelling fitting for a grind band, pig squeals, and then a lower death gurgle. The death growl is his main style, but he provides enough variety that I never feel that it’s getting monotonous.

So, what is this all about, you ask? As suggested above, there is some social commentary here. The album title is World Laboratory, with the suggestion being that humanity is an aggressive virus in the petri dish of the world. There is commentary on misanthropy, cruelty, selfishness and more. Read the Bandcamp page for the band’s full explanation. This, coupled with the vicious musical attack, make this a must have addition to your political grind collection.