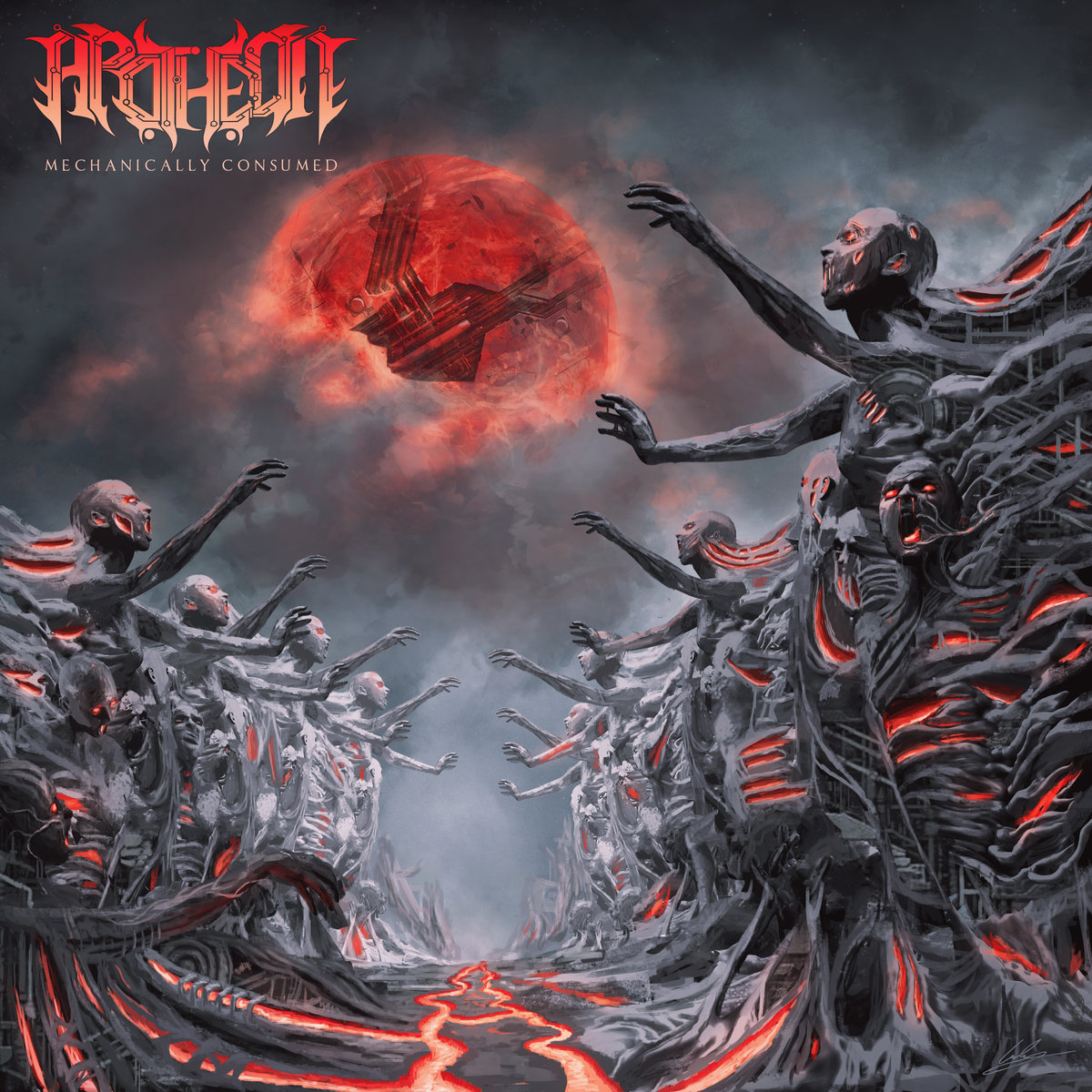 How do you like your death metal? On the rocks? Straight up with a twist? How about in a pineapple with a little umbrella? Am I still talking about death metal? Well, metaphorically, yes, with my point being that there is a whole lot of ways to mix up metal and still call it death metal. Some folks value simplicity and brutality. Others prefer intricacy and technicality. While I see the value of both of these, I generally value speed and darkness pretty highly in my death metal. I would submit to you then, that it makes no sense for me to like Apotheon. There is certainly some fast fretwork here, but when I say speed, I really mean grindcore riffs. The Boulder, CO is not the poster child for darkness either. In fact, they fall pretty squarely in the intricate and technical branch of things. Yet, there is something…

Sometimes it’s hard to place your finger on what is appealing in an album, especially in a style (such as this) where you haven’t dug in too much before. Let’s take a stab anyway. First off, though the album gets pretty technical (hard to say how technical, as I don’t have much of a reference), there is still a groove throughout. Some tech-death makes it impossible to head bang. I actually find myself doing just that at some points of the album. Second, the riff choices and composition stay interesting. I think the band is leading us on journey rather than just showing off technique. Third, the lyrics are intelligent and well conceived (though my understanding is that this isn’t uncommon for tech death) and can even be read as social commentary on man’s lust for technology.

Time to face the hard truth. This isn’t going to be an everyday listen for me. Andrew Morris (Drums), Fernando del Valle III (Guitar), Ibrahim Jimenez (Bass) and Reece Deeter (Vocals) play with skill and precision and have composed an interesting piece of art, but it just doesn’t grab me viscerally in the manner I like. I think its also fair to predict, though, that I will continue to pull this album out when a certain mood hits me. It is undeniably intelligent and well done and deserves recognition as such.

Recommendation:  Probably essential for tech death fans, but I fall far short of expert status on the style. I will say it’s worth your time to investigate for yourself.