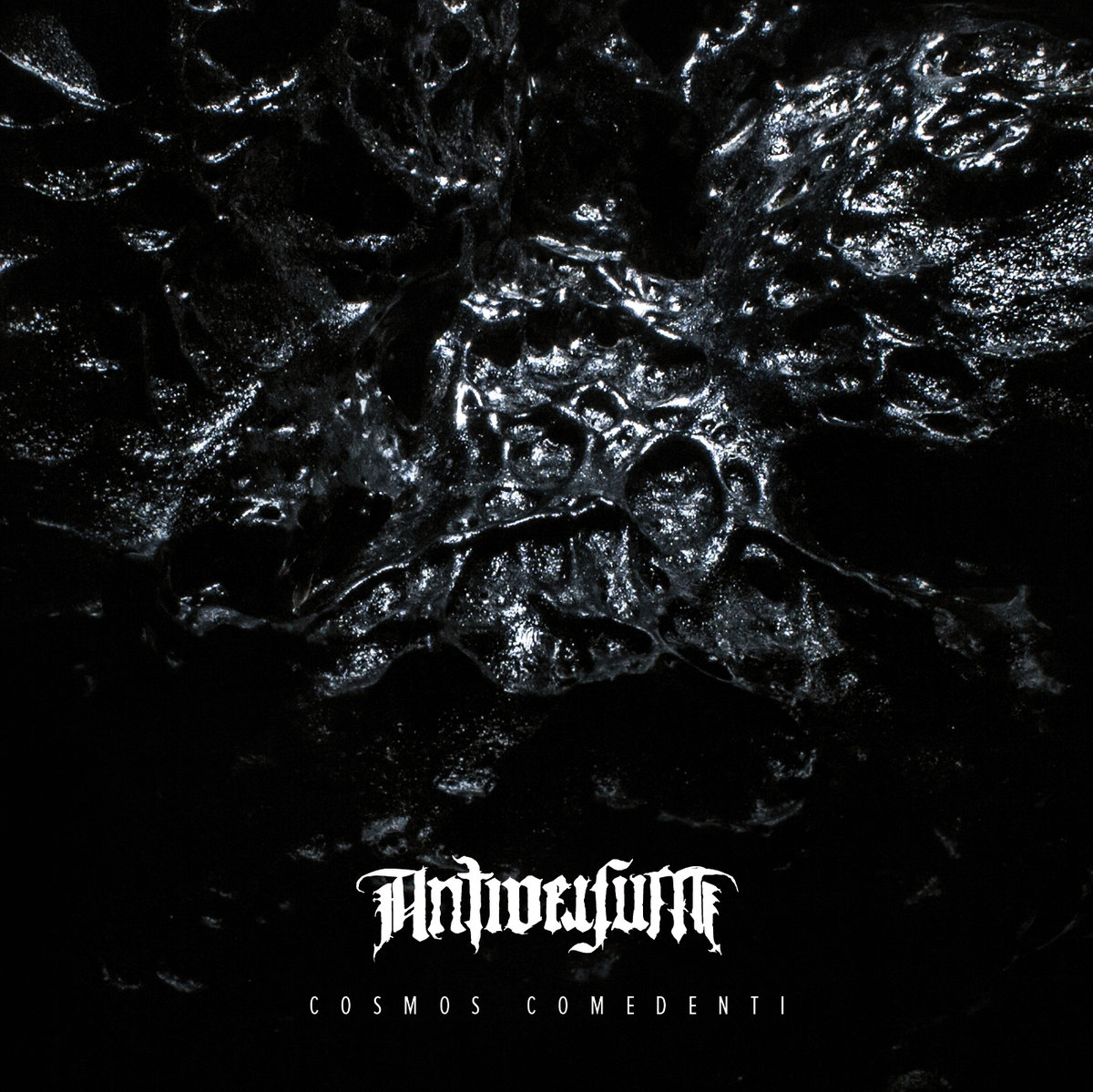 First of all, I want to mention how much I’ve grown to trust Invictus Productions. If something is being released by that label, it is likely dark, chaotic, and very well done. They’ve become one of those labels that is a pretty sure bet for me. So when I saw this release, I figured it would be a pretty good one for me to grab off the pile to review. I was not disappointed. In short, this album is dark, chaotic, and extremely well done. Antiversum, about whom I could find little information, seems to love to stay in the depths of the void. Even more than that, they love to drag you bodily down there with them.

As I stated above, I could find out very little information about the structure or make up of the band. I do know they are from Switzerland. Beyond that, they could be a one person project or a ten member supergroup. If I had to venture a guess, and this is strictly speculation, I’d guess that this is a relatively typical metal lineup of three to five members. I can tell you that everything is down tuned, creating a dark, murky atmosphere. I hear a lot of black metal tendencies, even though everything is so down tuned, but I also recognize some death metal riffing and the more ponderous pacing of doom metal. There is also some ambient noise that flows just below the surface, like an ominous subcurrent. Vocals are deeper and lower, more akin to death metal, but with what sounds like a technique closer to a black metal rasp.

The combined elements of Cosmos Comedenti blend together perfectly to create a swirling brew of darkest emotion. The album is engaging in a magnetic way. You are drawn in almost before you realize it. Once you’re hooked in, there’s no escape for the remainder of the listen. Antiversum spread a cosmic level malevolence that engulfs the listener. Sitting outside on a sunny day would be no antidote if listening to Cosmos Comedenti. The listener would still be locked into the darkness of the void.

Recommendation:  There is no hope, but the hope that Antiversum will continue to make music.