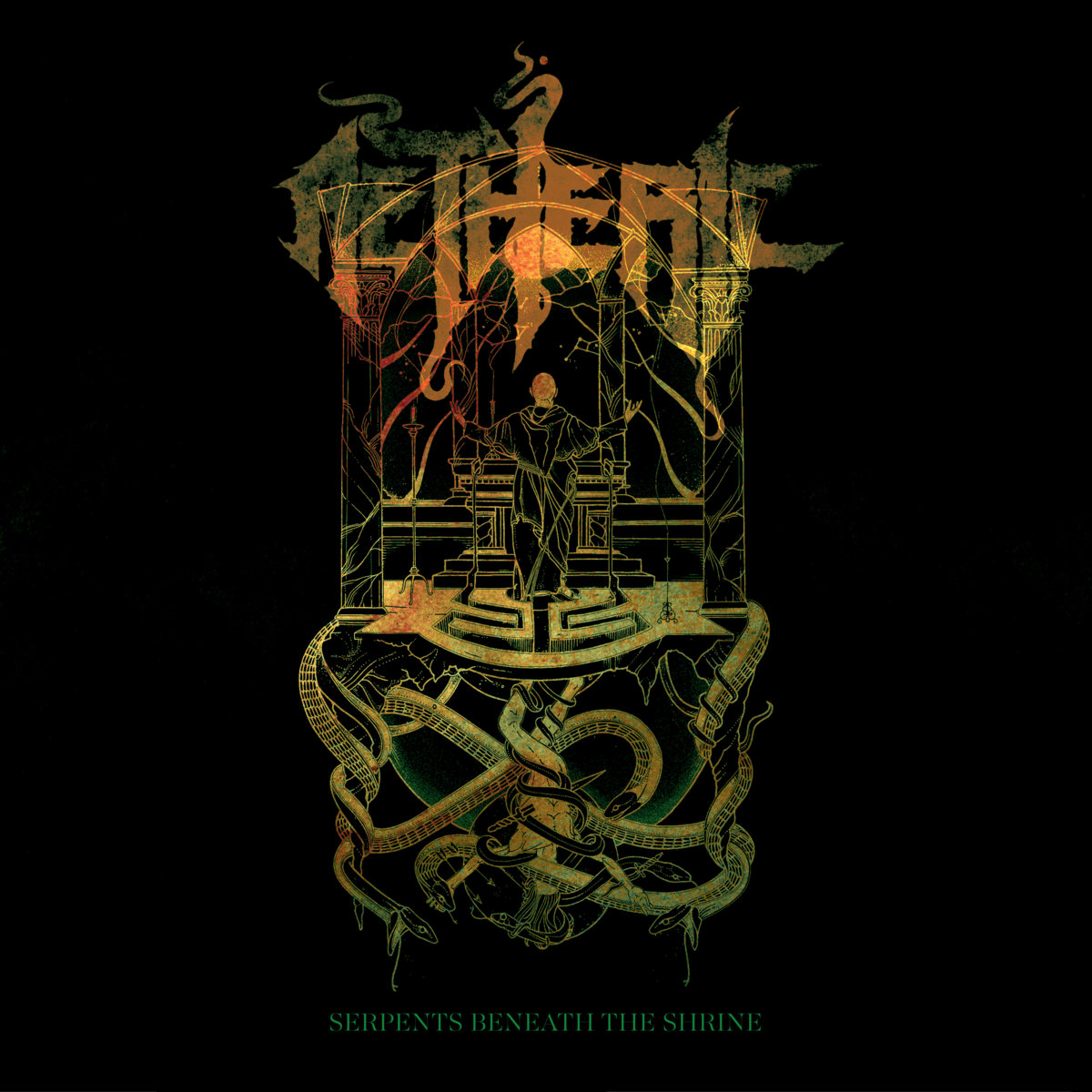 Aetheric – Serpents Beneath the Shrine

Album – Serpents Beneath the Shrine

So, is there something in the water in Minneapolis or something? Serious question. It seems that at least once a month I discover some new (to me) band from that area. What’s really interesting to me is the variety of goodness to be found there. A couple of summers ago, I took a twenty hour solo round trip to Minneapolis to see False (my favorite usbm band) in their home city. I feel like I need to do that again…for a week…to see all the bands… With that said, let me introduce you to my latest find, thanks to a recommendation in a Facebook death metal group. Aetheric is a progressive death metal band with significant technical tendencies that absolutely rips! One more time for the people in the back. Aetheric absolutely rips!!! How, you ask? Read on, dear friend, read on.

Eric Keys leads the charge with his vocals. His style is a cross between a shout and a death growl that works well for the fare being provided. There is also a shrieking style in there (I believe someone else, but no credit given in Metal Archives) that works as a welcome contrast. Think of the beautiful contrast between Mitch and Barney. The styles are not the same, but the contrast works in the same way. Shredding your psyche (and just plain shredding), we have Stuart Stelter and Alde De La Rosa on guitar. The web they weave is significantly more technical than I usually enjoy, but for some reason, they make it work. I think it’s because, as the listener, I’m never really pulled out of the groove set by the foundation of the album. Speaking of that foundation, Andrew Topeff works wonders with his bass, playing complex lines that still draw you into the groove created by him and Matthew Paulazzo on drums. Blasting, mixed with death metal styles, ranging from dry to wetter tones makes Paulazzo’s work intriguing and integral to the overall effect.

To top it all off, the band has something to say. Read the lyrics on their Bandcamp. Their concerned about issues such as man’s impact on the environment, social class, and more. This is not typical fare for tech-death (though I think this is more progressive death anyway). So, to review, we have excellent playing that actually moves the listener, top notch vocals, and conscious lyrics? Full support from this writer.

Recommendation:  Another album where I say, how high can this one climb?