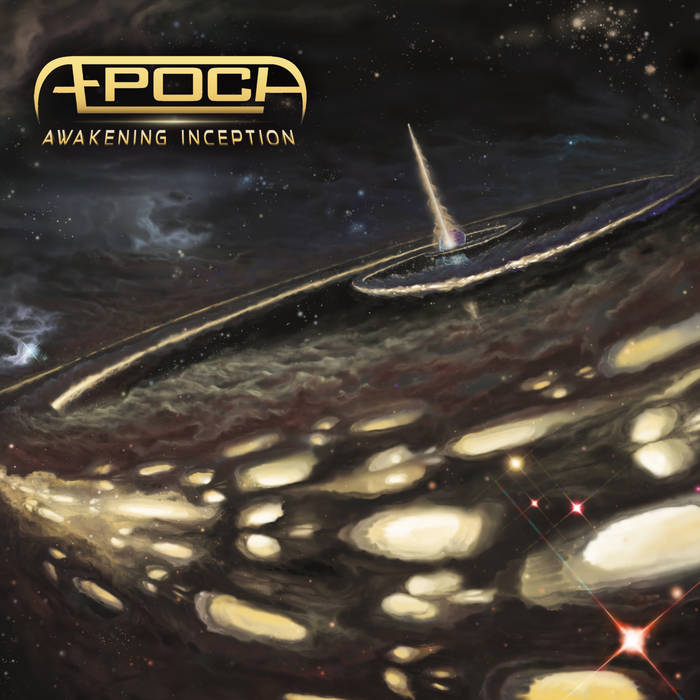 I have been stoked to get ahold of this album since I saw Justin Si-Set Abraham was doing cover art, and what a cover it is! This dude is going to be America’s answer to Dan Seagrave sooner or later. The cover art shows what looks like a black hole vomiting out debris on both poles with debris swirling around the event horizon.

The cover is really a good visual depiction of what is going on in this album. The sound is insane with frenzied guitars and bass interplay that has an almost thrashy feel, but way more improvisational, in a progressive way. The work of the two guitarists and bass player is absolutely fucking wild. It’s the sign of a band still young, but confident in their skills. This is the Ontario band’s first full length and what a way to bust out of the gate!

The harsh raspy vocals remind me a bit of Trevor Strnad doing his best swamp monster impression. The last couple of times I’ve reviewed bands where a string player handled vocals, I had something good to say, and this is no exception.

Going into this listening, it’s very easy for you to wrap your head around what the band is about, and what it wants to convey. Very often in technical death metal, bands get very samey, and I can’t say that about Æpoch. They are fast and ferocious in their attack. Æpoch straddle the line between being very open and loose with a primal feel like old school thrash, but absolutely surgical in their technicality, which is a hard line to walk.

One highlight for me on this album for me are Delirium Of Negation, which features guest vocals from Stevie Boiser from Tethys. It has some really cool tempo and musical style changes that keep it fresh. Tabula Rasa is another favorite of mine for its overall aggressive dynamics and well written song composition.

While Æpochalypse, the bands 2015 EP did gain them some notoriety in the Facebook groups I frequent, I think Awakening Inception will get them some more rightly deserved attention.

Awakening Inception is a great first foot forward for Æpoch. It feels like the beginning of a band that will only improve with age. They already have so many qualities that make tech death great. As their songwriting continues to mature, the only direction for them is up.