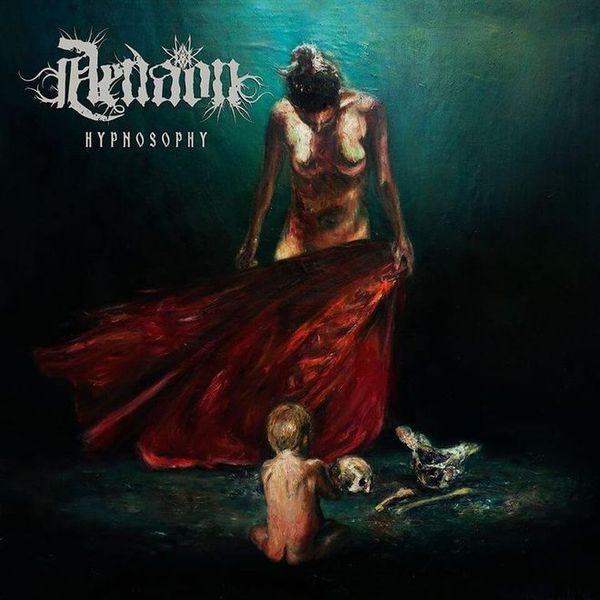 Hypnosophy is an incredibly strange album.  Many black metal bands minimize the use of a bass.  Aenaon eliminates it altogether.  Instead, in addition to drums (Nycriz), vocals (Astrous), and two guitars (Achilleas C. and Anax), the band employs liberal use of a saxophone (Orestis Zyrinis).  Had someone told me that I should listen to a black band that uses a saxophone, I probably would have laughed.  As well as the strangeness of the saxophone, the vocals clean with only the slightest bit of harshness, the drums are best described as rolicking, and there are guitar solos which wouldn’t be out of place on an Iron Maiden album.  Bizarre, and yet I can’t stop listening.

I guess a point to consider is whether this can be considered a black metal album and I suppose that would depend on your genre definition.  If you are a trve cvlt believer that all black metal must sound like the second wave Scandinavian scene and be pretty exclusively about satan, then this won’t fit your definition.  You’ll probably hate the album.  The album is very dark though, even amongst the rolicking.  Overall, I would say this is more a progressive metal album with some blackening.  Does it really matter as long as the music is good?  I say no, and that the music is good.  Hypnosophy brings to mind the gods of old, risen again to walk the earth and to have their final vengeance on usurper man.  The saxophone may fit in a jazz quartet but that doesn’t mean it’s dark, emotional boil doesn’t stand up well here.

Recommendation:  This is really good.  If you don’t mind something really non-traditional, go pick this one up.