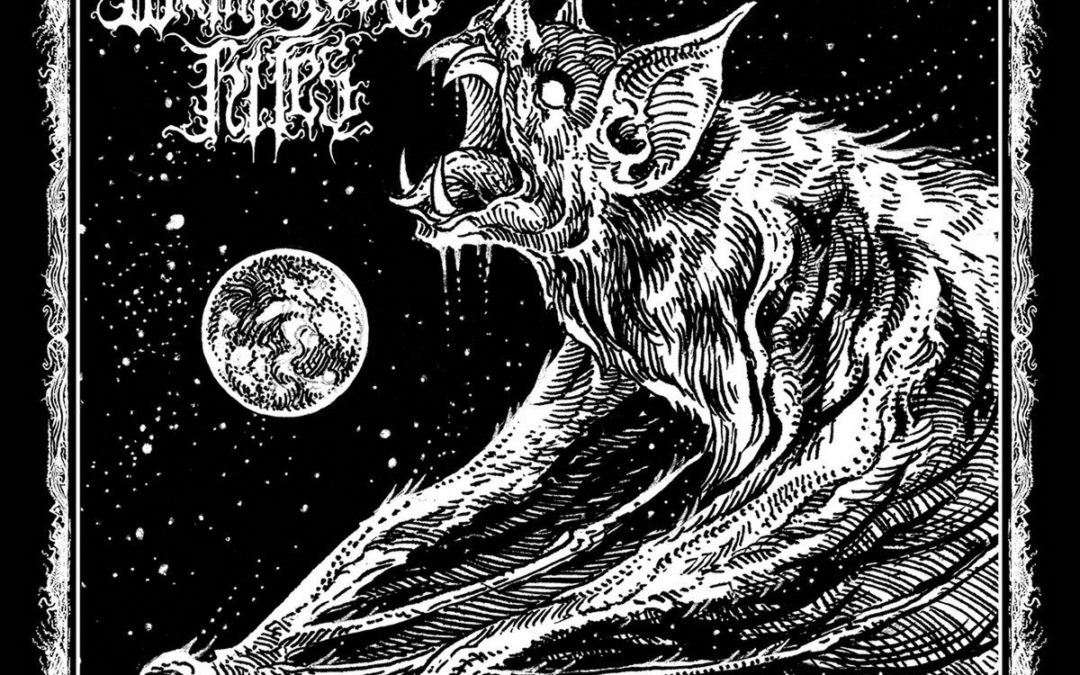 Album – The Eternal Melancholy Of The Wampyre

In the underground, there have been a few names that have stirred the witch’s brew a little bit in recent years, Wampyric Rites being one of them. This trio helps represent the Pure Raw Underground Black Metal Plague within South America. Wampyric Rites, who is fairly new to the black metal scene in general, has provoked a ruckus among the dead dwellers and the cadaver connoisseurs deep within the darkest abysmal pits known to mankind. Come sink your teeth into their debut full-length ‘The Eternal Melancholy Of The Wampyre’.

Just as any good, vampiric black metal album should start, we have a splendid key/synth passage that mimics the old, haunting organ sounds of Transylvania. As the music transitions into what will be the rest of the album, the fury cuts through like the wind at night that you hear howling through a dying tree. One thing I want to point out is the guitar tone, it simulates the new lo-fi sound that bands like Lamp of Murmuur also use. The chaotic sound of all of the components mashing together brings something to the table that will not be ignored. Relentless ruckus barrels through like a bull in a china shop. Bombastic drums fill the still air as thunder rolling throughout the album can be heard. The sound recording on the drums matches the music and eerie atmosphere so well that you quickly understand why this project is causing wind in the underground scene. I’ve been a fan of this project ever since their second demo, and they have definitely come a long way without destroying their core for the sake of evolving. If you like your black metal trve and treasonous, then this album will keep you satisfied. And not only temporarily satisfied, this will be an album you will return to and it’ll always maintain its flavor. All in all, I believe this album will continue to gain traction in the black metal scene, and Wampyric Rites will become a common name within our culture. Black metal has a ton of projects that come and go, this project is not one of those. If I haven’t been clear enough in this review, DO NOT SLEEP ON THIS BAND/ALBUM!

Wampyric Rites released their debut album ‘The Eternal Melancholy Of The Wampyre’ on February 1st, 2021 through Inferna Profundus Records. CDs and vinyl are still available through their Webstore and BandCamp. Keep an eye out on this label this year… You have been warned…