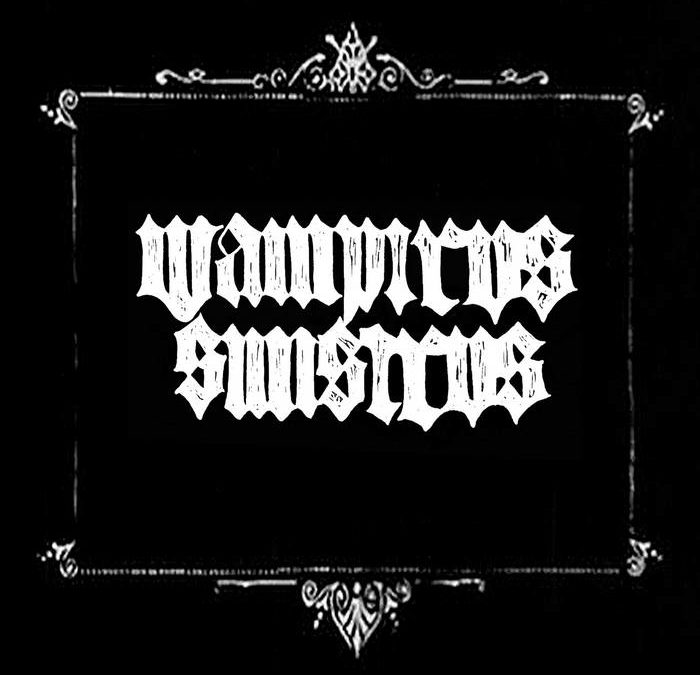 Album – Blood Of The Vampyre

WAMPIRVS SINISTRVS is an unknown one man project from Portugal that has been envisioned by someone who goes by Wampyr. That’s it. That’s all we know about this project. Keeping their oath to secrecy alive is Signal Rex. The label has been around since 2007, but it wasn’t until this chaotic year of 2020 that they have been on my radar. Now it’s a go-to label that never ceases to satisfy my raw/lo-fi itch. With such amazing releases this year from Ancient Burial, Irae, Armnatt, and many others, Signal Rex have earned their spot as a label that I will always pay close attention to from now on.

WAMPIRVS SINISTRVS released their demo/mini-album last year independently on December 3rd, 2019. This release caused a stir in the deepest corners of the underground and caught the eye of Signal Rex who will re-release this album on August 28th, 2020 on vinyl, limited to 200 copies. This cold vampyric black metal demo is everything a trve black metaller would want from a release. Uncompromising sound quality, black riffs that paints a dark landscape that no soul dares to tread, and a mysterious lack of knowledge of who this project belongs to. Blood Of The Vampyre is four tracks long and cuts you down to the core with its horrifying shrieks and unmistakable homage to the second wave black metal sound. Many of these riffs become infectious as I find myself having random tracks on loop to fully absorb the aura and stench of the vampire’s victims. Signal Rex did the right thing picking up this project/album to bring to a wider audience. WAMPIRVS SINISTRVS might be dedicated to secrecy and a mysterious path, but many people will be shown the black flame that burns in the underground with this release. With this being a re-release, one can only hope that more will be heard from WAMPIRVS SINISTRVS in the near future. Keep up the good work Portugal, you guys are dedicated to keeping the underground spirit alive and will only be available to those who dare venture into the darkest, coldest corners of black metal.