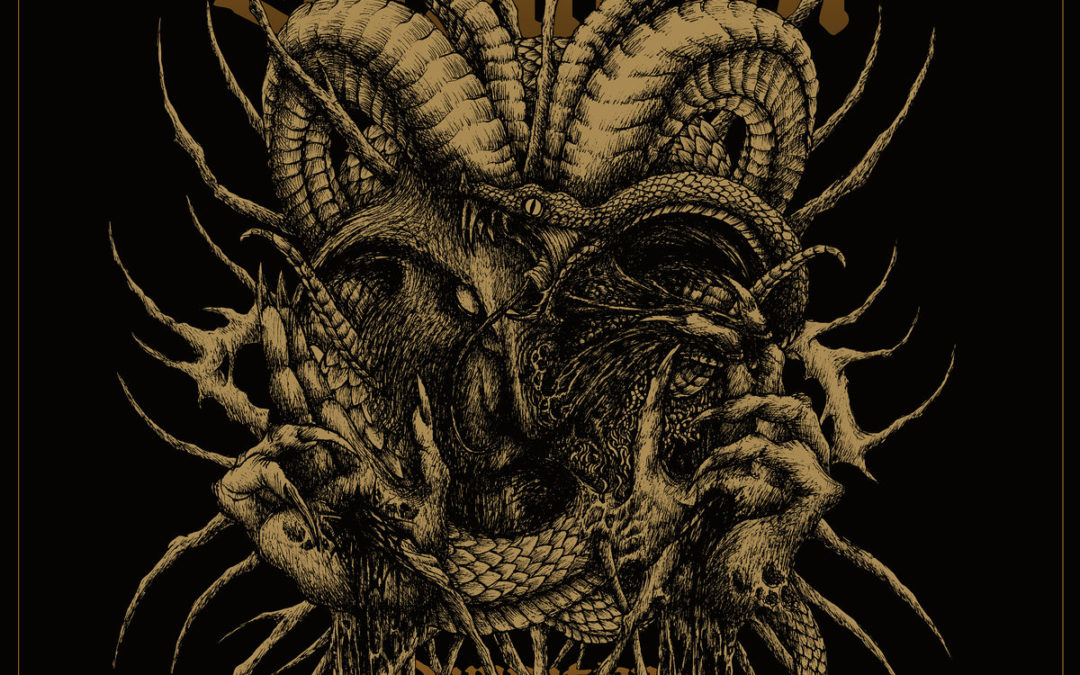 Vananidr is one of those bands where you know you’re going to love whatever they put out, and this album is no exception. Last year, Road North, was released by Vananidr which completely blew me away. When I heard that this album, Damnation, was released, I was really excited and anxious to give this album a shot. For those who don’t know, Vananidr is a black metal band from Stockholm, Sweden. A lot of great bands hail from that specific region and honestly you should add this project to the list.

I asked the band about their previous incarnations. On their Metallum page it states that they went by the name Synodus Horrenda until they finally switched it to Vananidr. But on their Bandcamp it states “Vananidr is a band that sprung from the ashes of black metal band Hydra.” So I simply asked the band which is it? And this was their response:

Both, Hydra was my old friend Titans ”hellenic pagan black metal” band that over the years I became the sole song writer in. When the singer, and later also Titan left, I continued and recorded vocals with my own lyrics, which had nothing to do with greek mythology, and released what was meant as Hydra’s second album, Synodus Horrenda in December 2010.

I never felt comfortable with that name though, and when I made a sort of personal comeback in 2016, writing lyrics and putting down vocals for a recording that had been dormant since we recorded the drums in 2010, I later changed the name to Vananidr.

Now enough about the history and backstory of the band. Let jump right into the record!

Damnation is an album that should please anyone who claims to be a fan of black metal in general. It has plenty of variety while staying within the boundaries of the genre. Sometimes you want your black metal to be just that, black and nothing else. I love how versatile the genre can be, but it’s good to hear black metal that doesn’t make you question what it’s trying to be. This album is extremely venomous, so be careful when you’re trying to consume it as a whole. With such a nasty vocal delivery, it really puts you in an evil hole and it’s hard to see out of the darkness once you’re submerged. The first few lines of the album is a perfect way to describe how your journey will go.

Hiding under the skin,

Distilled to its purest most evil form.

Now honestly, if that doesn’t get you excited to try out this album then I don’t know what else to do! It definitely calls to mind the mighty second wave in its sound, which even members of the trve kvlt will devour. With such a well rounded black metal delivery, it surprises me that an album of this stature isn’t well known within the scene. Blackened melodies and blast drumming will drag you into the abyss where all hope will be lost and all you’ll have is your sanity, which in itself is also slipping away. One thing that really impressed me about the album is how fluid it is. It really flows from one track to another, and brings you a complete product that doesn’t have any bumps or misplaced sections in the music. If we reviewed music with a rating system then I’d give this album, Damnation, an incredibly high score.

With so many great releases already unleashed in 2020, this album might be my favorite one so far. Ever since my first spin through, I have been hooked and have had it on my main playlists blaring out of my speakers. With new albums in the extreme Vananidr, if you’re reading this, thank you for the continuance of excellence, and I can’t wait to see what the future has in store for you guys. Cheers from the US. Keep it up. Your time is coming.

Biography: Michael Litteral is just your friendly neighborhood metalhead who can’t seem to find his way out of the black and he’s just fine with that.