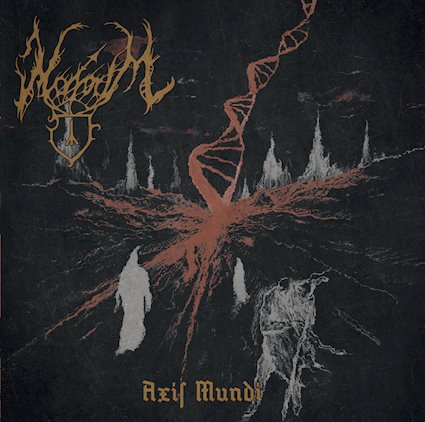 One thing that is pretty cool about the black metal scene is that there are a lot of one-man bands out there. It’s something that isn’t as common in any other metal subgenre. With that being brought up, I’d like to introduce you all to Mavorim, a one-man band with P as the mastermind behind the magic. I specifically say magic because the newest album, Axis Mundi, is anything but short of just that.

P currently hails from Immenstadt, Germany, which is the southernmost district of Bavaria. Somewhere in the hills and slopes of this beautiful land lies P who slays away weaving his craft and perfecting his art. Since 2015 he has released seven outputs of music which include two full lengths, two EPs, two splits, and a demo. As time goes along, you can see Mavorim turn from a more raw sound to a somewhat pagan feel with his latest output. Like mentioned above, P does everything that is Mavorim. From vocals to guitars to drums to keyboards. One thing I’m not sure about is on the Bandcamp page for his album Aasfresser, it credits Baptist for everything. I’m not sure if that was his brief alias at the time, or what that means. Regardless of that, his releases so far have been flawless and I highly recommend going through and hearing the evolution of this project for yourself. Trust me when I say that you will not regret it if you’re a big black metal fan.

Now moving on to the actual review for Axis Mundi. This album is thirteen tracks long and its span of life is over an hour long. For some, this might be enough to scare you away, because it’s too massive, but please do not fret, for this album has plenty to keep you interested throughout the entire release. This is one of those albums where it’s a journey from start to finish. You start out on the first track, Weltenburg, which has wind chimes that can be heard slowly creeping in under synth work that puts the setting and feeling in to place. Somewhat mystical but nothing that’s actually defined, it’s kind of leaves you there, wanting to know what’s next and what the record is actually about. When track two, Aus Asche Auferstanden kicks in, that’s when you feel the journey take off. Now during your journey through the album you have riffs that are catchy and memorable being thrown your way, which I have actually found myself humming all week at random. Blast beats to normal drum patterns are riddled through the whole album to switch up pacing when it calls for it, always feeling fresh, always keeping the backbone strong on whatever mood it’s trying to reinforce. The synth work on the album is heavy on the dungeon synth resonance, which in my opinion, was the perfect thing to add to make this album connect all the pieces and give the album it’s majestic and almost Renaissance-like atmosphere. Clean vocals can be heard on this album here and there, which really compliment the whole vision that P tries to portray. Honestly he doesn’t try, he only conquers, (in all aspects, for that matter). You can tell his singing is not to show off his ability and not to sing just for the sake of it, but it’s to add more diversity to the album and to keep the journey flowing with new things to be discovered within itself. By the end of this escapade, you feel as if you have been through a medieval journey and your shining armour has seen its fair share of adventure.

Overall, this album is perfect for anyone who likes to reminisce on the medieval ages or anyone who just likes straightforward black metal that embodies everything that the genre can and should be. This album is sure to stick around and stand the test of time for anyone who enjoys a little bit of the Middle Ages influence in their art. Even if that’s not really your cup of tea, I wouldn’t be surprised if this album jump starts that. Seriously folks, it’s honestly that good. Purity Through Fire definitely did a great job by producing this album and, with their extensive and impressive list of releases, it only made sense that they would continue that legacy with Axis Mundi.