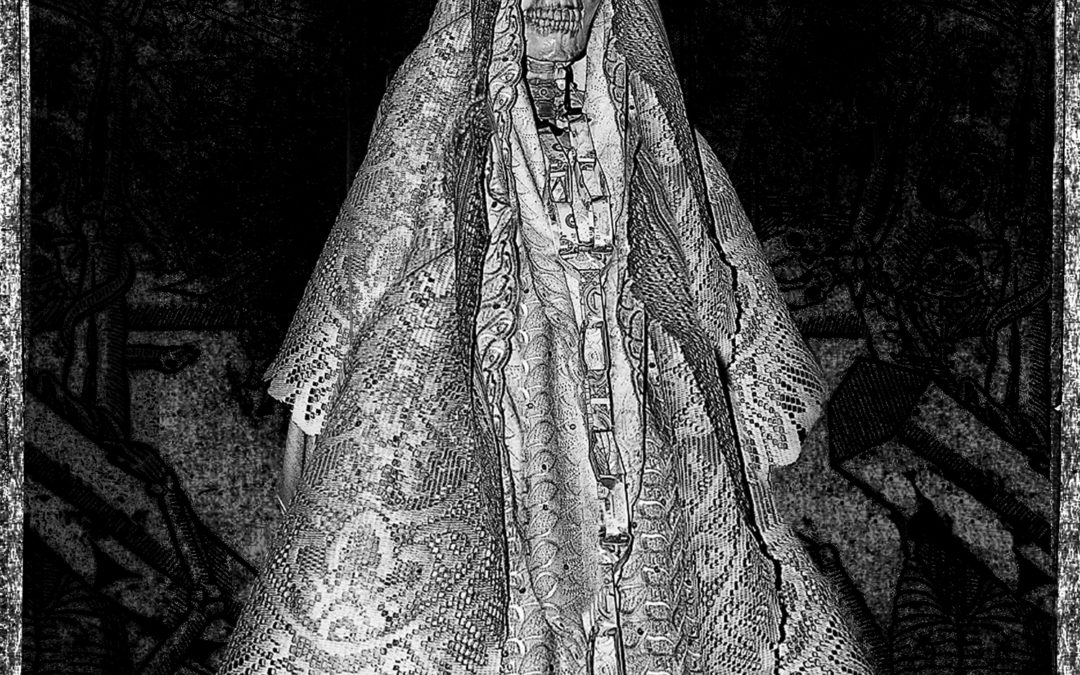 Few names in black metal stretch as far and are uttered with as much reverence and wonder as Maurice De Jong. Resident madman and the driving creative force behind such projects as the vast GNAW THEIR TONGUES, MYSTAGOGUE, HAGETISSE & VETUS SEPULCRUM to only name a few. Dodenbezweerder conjures an astoundedly hypnotic experience with their terrifying sounds. Terrifying is a word that fits most projects that Morries is involved with, yet Dodenbezweerder manages to stand out on its own compared to the rest of his projects. The project spewed forth from the nether realms on February 20, 2019 with a two song demo, and followed up a week later with yet another two song demo. These demo’s certainly display the necromantic sounds that this duo are willing to put forth, and they do so extremely well. July 26, 2019 we were blessed(?) with an EP titled ZWARTE SLUEIRS and it was apparent that the direction chosen was set in stone. October 9, 2019 saw the release of yet another demo. You may be asking yourself “Why is this dude going on and on about the early stuff?” Well, my friend, it all leads to this.

Friday, March 27, 2020. A day that will see the rise of the necromancer, and Dodenbezweerder will unleash its first full length album. The lengthy titled “Vrees De Toorn Van De Wezens Verscholen Achter Majestueuze Vleugels”. The raw atmosphere of the album truly enriches the overall experience and only serves to fuel the nightmarish sounds that spew forth, as minute after minute you are absolutely torn to shreds from the sheer violence that this 37 minutes and 51 seconds full length brings. You could certainly compare Dodenbezweerder to several of Morries’ other projects, but don’t go into this thinking you’re going to get the same album with a different cover, because an assumption like that will leave you shocked and in awe of what you will receive. You have been warned.

Biography:  In these uncertain times we’re currently living in, it’s only natural that we turn to such things as music to take our minds off of the sickness, the pain and the vile things that we each go through both in our day to day life and in our minds. Let the sounds you hear calm the things you fear.